Of all the components going into an AR-15 rifle build, the most overlooked is the AR15 buffer weight.

Why? Because it’s hidden inside the rifle stock or AR pistol brace. Plus, it’s not as exciting to shop for, buy, and upgrade as a new red dot optic, flash hider, or weapon light.

To top it off, nobody can even see you’ve spent money to make your rifle look cool, and we all know that looking cool for the ‘gram is what really matters.

By now, you should be familiar with AR-15 gas systems.

Gas pressure is forced up a gas port in the barrel, down a gas tube, and into the gas key in the bolt carrier group, to push the BCG rearwards, extracting and ejecting the spent casing.

The military has a set standard for what buffer weights to run in the carbines & rifles. It wasn’t until the civilian market recently started playing around with different buffer weights & springs that gun enthusiasts started talking about this more. Probably due to the popularity of personal defense weapons such as the Maxim Defense PDX. 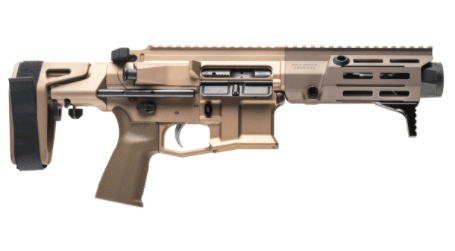 $2,639.99
at GUNS.COM
VIEW DETAILS
Prices accurate at time of writing

The carbine buffer weight, otherwise known as the Standard Buffer Weight, is best used with a mid-length gas system with a 16" barrel, and chambered in 5.56/.223. It may also be used with a carbine length gas system, though felt recoil will be increased. Your AR-15 might feel “over-gassed" and a little more violent.

If your rifle build is chambered in 300 Blackout, the carbine buffer weight should be used with subsonic ammo and a pistol-length gas system. This combination will achieve the best possible operation.

The Heavy buffer weight, or simply “H", is commonly referred to as the diagnostic buffer. It’s the buffer weight many shooters turn to if their rifle is over-gassed, felt recoil is too sharp, or the bolt unlocks too soon because the buffer’s too light.

The H1 buffer weight is also best used with a carbine length or mid-length gas system that’s chambered in a standard 5.56/.223 rifle. It may also be used in a subsonic 300 Blackout gun equipped with a pistol-length gas system.

If you’re building an AR pistol with a pistol-length gas system, you’ll want to start out with an H2 buffer weight over an H1 or carbine buffer, though felt recoil may be high. You can always adjust downward to reduce recoil as long as the function is consistent.

The H3 buffer weight largely foregoes use in a standard 16"-barreled AR, and is instead typically used for the shorter 9" to 11" AR pistol builds running standard 5.56 or .223 loads with a pistol-length gas system.

Most shooters agree that the H3 buffer weight is the minimum weight required to ensure your AR15 pistol doesn’t feel too violent with excessive recoil. Though, being the heaviest buffer weight, you’re going to want to do some range testing to ensure it’s not too heavy for the rifle to cycle correctly and reliably.

Using the above chart gives you a great starting point and recommendation for tuning your rifle.

The barrel length,  type of gas system, shooting suppressed or unsuppressed, and caliber of the rifle will all affect how well the rifle manages the gas, thus resulting in felt recoil.

Tuning Your Rifle By Changing The Buffer Weight

With a heavier buffer weight, the bolt carrier group (BCG) encounters more resistance as it moves rearwards. As a result, the entire action becomes smoother, especially the felt recoil. Having a buffer weight that is too heavy isn’t good for a rifle, either. Being too heavy will prevent the AR-15 from cycling reliably, leading to extraction and ejection malfunctions.

The rule of thumb to follow is that you want the heaviest buffer weight that will allow your AR-15 to fully cycle, extract and eject the spent casing, and load a new round in the chamber.

If it’s already cycling ok but the recoil still seems too snappy, step up to the next buffer weight. If your AR-15 is not locking back on an empty magazine or experiencing other malfunctions, drop the buffer weight back down one and verify.

My personal setup is chambered in 5.56 with an 11.5" barrel and a carbine length gas system. I originally ran it with the carbine buffer weight, but have since changed upgraded it to an H2 buffer weight.  I couldn’t be happier. It certainly reduced the felt recoil and cycles more efficiently. 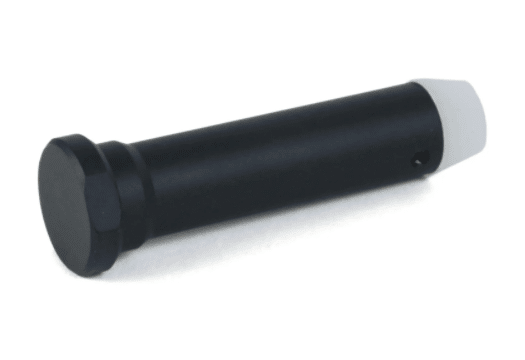 $15.99
at AT3 Tactical
VIEW DETAILS
Prices accurate at time of writing

What is the standard buffer weight for an AR-15?

Does a heavier buffer reduce recoil?

If your AR-15 is over-gassed which many are, and you don’t have an adjustable gas block, adding a heavier buffer weight such as the H2 can noticeably reduce felt recoil.

What buffer should I use for AR-10?

Carbine buffer weights or buffers with weights that fall under the H2 or H3 weight class are what most AR-10 rifle owners should be using along with a carbine length tube.

What buffer size should I use AR-15? 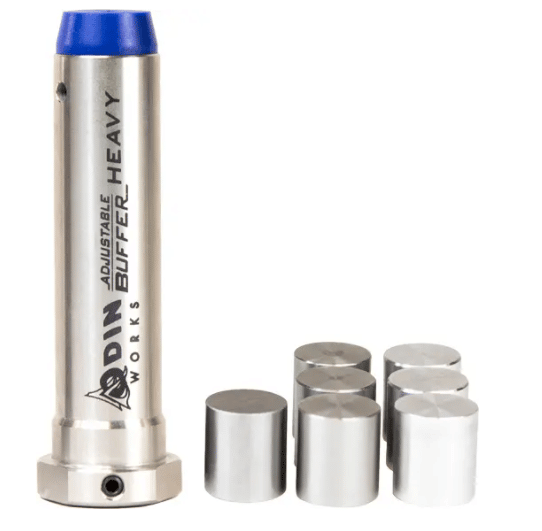 $46.55
at AT3 Tactical
VIEW DETAILS
Prices accurate at time of writing

What does a heavier buffer do?

A heavier H2 buffer weight takes longer to move, slows down more quickly, and minimizes the ‘violence’ of recoil while still maintaining the function of the rifle.

What happens if a buffer is too heavy?

The heavier the buffer weight the longer it takes to cycle. It will also slow down the cycling and smooth out the recoil. Going with too heavy of a buffer weight can cause your AR-15 rifle to not fully cycle, which will lead to extraction and ejection malfunctions.