The Most Accurate AR15 Out Of The Box

What really sets the AR-15 platform apart from all other firearms is the fact that you can tailor the builds for damn near any mission or application.

Building an AR-15 rifle and AR pistol from a box of parts is very rewarding and a GREAT learning experience, but not all of us have the time, tools, or knowledge to make that happen.

Before we get into what the most accurate AR15 is, let’s cover what makes or breaks the reliability and accuracy of an AR15 rifle.

The AR-15’s fire control system is affected by many variables, and arguably the most important one that impacts reliability is the cyclic rate. In other words, how fast the bolt opens and closes during a sustained rate of fire.

Too fast and the extractor may lose its grip on the rim of the casing, or the bolt may catch the casing before it can eject causing a stovepipe malfunction.

Too slow and the action might not have enough force to extract the casing, won’t lock open after firing the last round, or can’t open far enough to fully eject the fired casing causing another malfunction. The goal is to find that "goldilocks" zone; not too fast and not too slow.

The ​most common fix for a cyclic rate that is too fast is adjusting the buffer weight and spring. In today’s world of 9" pistols, 14.5" mid-lengths, and full-sized 16", there are no guarantees. Let’s take a closer look at the most common variables that can contribute to an AR-15 cycling too fast or too slow.

A carbine-length AR-15 operates at roughly 70% higher pressure than a standard rifle-length AR-15. This is because combustible gases cool and lose pressure as they move down the barrel. The closer the gas port appears on the barrel, the hotter and harder the gas will be combusting.

Development of the military M4 carbine revealed that the bolt carrier group was moving so quickly that the magazine’s spring could not always feed a new cartridge into position quickly enough. This issue led to the redesign of the M4 feed ramps. The redesign consisted of longer, more generous feed ramps to allow the magazine to keep up with the cyclic rate of the bolt.

Dwell time is the amount of time a bullet spends in a gun barrel after the primer has been struck. For the dwell time to be properly timed, there must be sufficient distance between the gas port and the muzzle of the barrel.

The pressure used to cycle the action dissipates once the bullet has exited the barrel, so the period of time between the bullet passing the gas port and then exiting the barrel, known as dwell time, needs to be correctly measured to fully exercise the bolt’s opening stroke. ​Overgassing as a result of dwell time isn’t a huge concern for the rifle itself, as the bolt gathers only the pressure that it needs and then vents excess gas through the two ports on the right side of the bolt carrier group. This can also cause discomfort to the shooter having a cloud of gas thrown into your face.

The primary purpose of the buffer is to absorb recoil energy, but its secondary function is to control changes to the cyclic rate of the rifle. Since the buffer itself is easy to replace, it’s one of the easiest ways to adjust the push and drag of your AR-15 build, so there are a variety of buffer weights available.

Reducing the buffer weight helps short-barreled gas systems cycle successfully, while longer-barreled AR-15 rifles often benefit from buffers that are heavier than the standard rifle buffer since their actions are being driven harder by the high-pressure gas of the shortened gas system.

Adding a heavier buffer is an easy and cheap way to add drag to the bolt’s cyclic action, so it’s a common fix, but it’s only a fix if your rifle is over-gassed.

Keep in mind though, adding a heavier buffer to an under-gassed rifle such as an SBR or AR pistol will only make the problem worse.

Buffer springs come in different lengths, are made from different types of steel, can be made from rounded wire or flat wire, and can also just wear out over time. Any of these factors can have an unexpected effect on your cyclic rate, so pay attention to your buffer spring when diagnosing AR-15 reliability issues.

Most muzzle devices do not impact the cyclic action to a substantial extent, but there are two exceptions; suppressors and certain types of linear compensators. Both can affect the dwell time of your AR-15.

Matching your barrel twist rate with the proper ammunition will ensure better in-flight stability of the round and accuracy on target.

Many may think there is some voodoo math involved with barrel twist rates.

As a rule of thumb, heavier or longer bullets require quicker rates, most commonly 1:7 and 1:8. Meaning the bullet makes 1 full revolution every 7 or 8 inches. A heavier round such as 68 gr or 77 gr will need a faster twist to remain stabilized in flight, whereas the common 55 gr can get away with a 1:9 or even 1:12 twist rate.

Just like you can over-gas or under-gas a gun, you can actually affect the bullet’s accuracy by over twisting or under twisting the round. Shooting a heavier round out of a 1:12 twist will cause the round to be very unstable in flight causing horrible accuracy.

Ever wonder why the Vietnam era M16 was so devastating? They were shooting 55 grain ammo out of a 20" barrel with a 1:12 twist rate. The combination of the longer barrel and slower twist rate resulted in devastating terminal ballistics with such a light round.

All this talk of AR 15 reliability and accuracy can sometimes come down to just selecting the right ammunition that works best with your rifle’s barrel twist rate.

Your run-of-the-mill FMJ (full metal jacket) ammunition is fine for plinking, training, and target practice. When it comes down to defending your life with your AR-15, spending $30 on a quality box of match-grade ammo just makes sense. 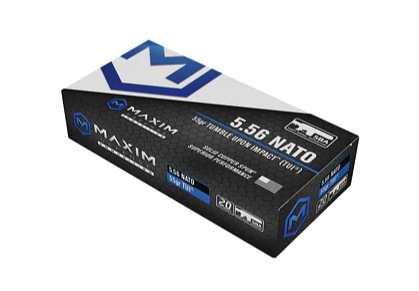 $33.99
at GUNS.COM
VIEW DETAILS
Prices accurate at time of writing

There are numerous ammunition manufacturers out there making high-quality ammunition, but there are very few firearm manufacturers that develop their own ammunition to run optimally in their platforms. Maxim Defense is one of those companies.

One thing is certain. You won’t achieve consistent match-grade accuracy with a standard military trigger.

Many stock triggers are polished and brushed clean from the manufacturing process, but very few companies put the time into polishing the sears until they’re smooth and shiny, like Geissele and ALG. Today’s drop-in triggers are worth the extra cost and are much safer than a workbench DIY trigger job.

Which AR-15 Is The Most Accurate?

Maxim Defense is a top-quality manufacturer that doesn’t cut corners and can produce near 100% reliable guns.

If you’re looking for the best service grade (mil-spec) AR platform for personal and home defense, we recommend going with one of these top-tier options from Maxim Defense.

Very rarely will you ever find a rifle with a 5.5" barrel and an overall length of 18.75" that can fire everything from 5.56 to 300 BLK and the heavy 7.62mm round accurately and consistently without malfunction. The Maxim Defense PDX is expensive at over $2,065 but gives every military operator, police officer, and civilian gun owner an advantage that really hasn’t been around until recently.

The Advanced Combat Trigger (ACT) from ALG Defense is an absolute game-changer for the PDX. It’s designed to be incredibly smooth by using precipitation hardened  17-4 stainless steel and polishing the sear surfaces until silky smooth. The trigger breaks at 6.0 lbs of force consistency without creep and an incredibly quick reset.

The Maxim Defense PDX allows every operator the advantage of using an SBR with the power of a traditionally much larger rifle. You can’t go wrong with Maxim Defense and I will bet my paycheck that this SBR gives you everything you need and desire for your unique mission requirement. 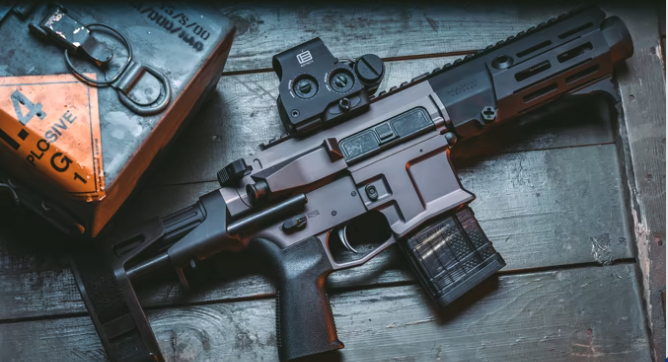 The Maxim Defense 1505 has the exact same barrel and overall length as the PDX. To me, it sounds like Maxim Defense listened to their community and created a PDW that offers stopping power, incredible recoil control, Capability, and Maxim (pun intended) customization. If you’re looking for a top-tier AR-15 platform that you can be used in any CQB environment and still reach out to touch someone at 400 yards, this is it. 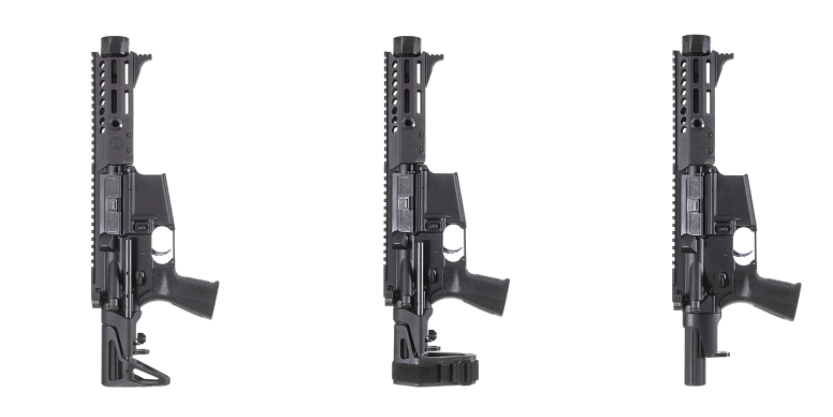 What makes them so expensive?  These rifles use very high-quality parts, including ones that have been designed specifically by the manufacturer for 100% reliability in specific roles.

To ensure you’re not missing our content, you can have it delivered to your email inbox. Just sign up below and stay informed of new content and exclusive deals only our email subscribers know about.