Maxim Defense is known for unique, modern, and high-quality AR-15 rifles and AR pistols in a very compact package. The MD-15 series keeps the same quality but goes in a more standard direction.

The Maxim Defense MD15 platform is meant to be the middle ground AR-15; Great for a law enforcement patrol rifle or civilian home defense AR-15.

There can be a lot of confusion about which rifle is which and my goal today is to show our readers what makes the MD15 unique and why you should really consider adding it to your collection. $1,308.99
at GUNS.COM
VIEW DETAILS
Prices accurate at time of writing

The MD15 comes in several different flavors, but for this article, we’re focusing on the 3 different MD15:1505 models. This includes the MD 1505S, 1505SPB, and the 1505SPS, which all run the same price, but have a couple of minor differences in specifications and purposes.

$1,321.99
at GUNS.COM
VIEW DETAILS
Prices accurate at time of writing

What is a Muzzle Booster? 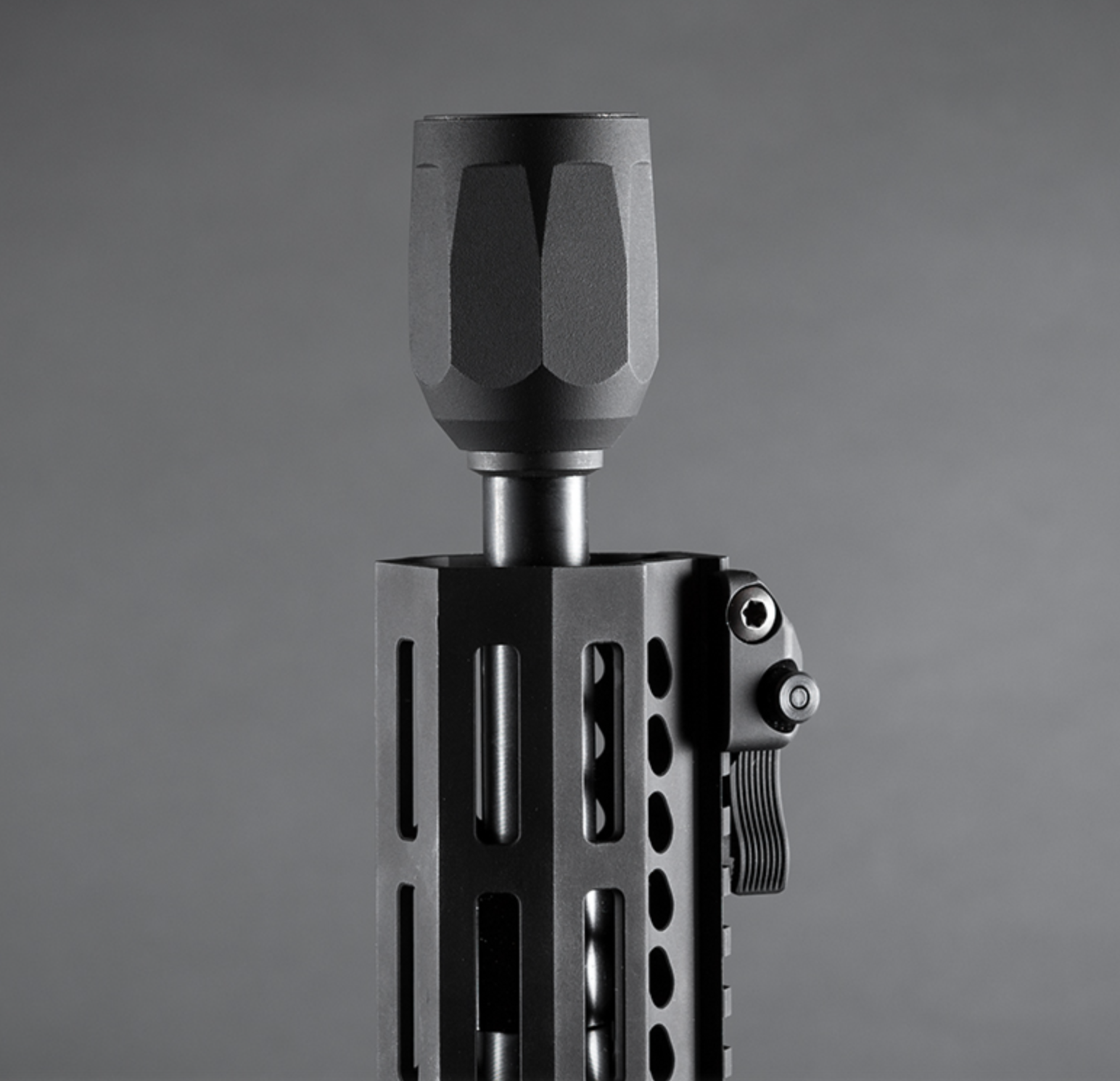 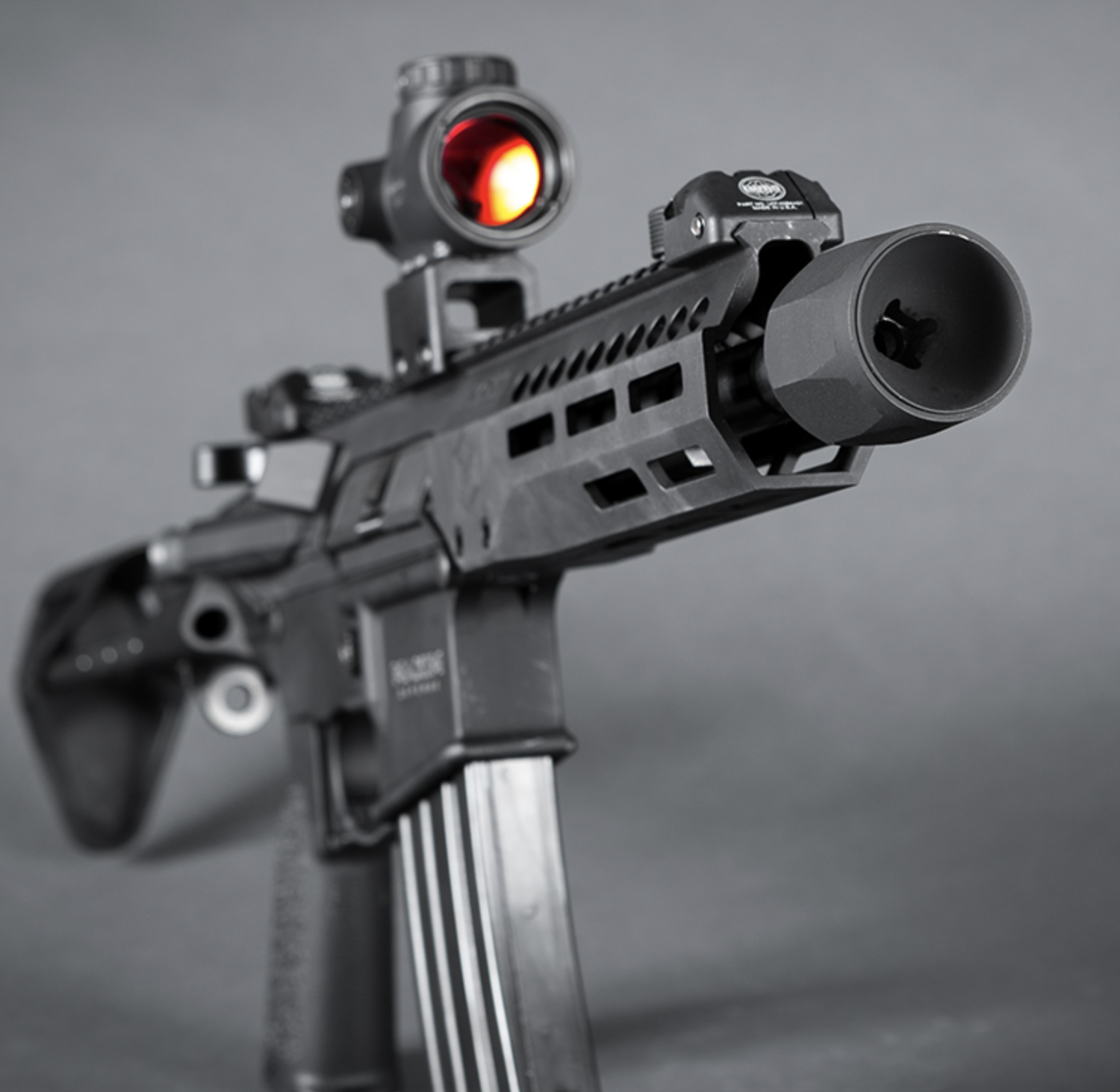 Why Should I Buy a Muzzle Booster?

The biggest reason to buy a muzzle booster is to use the natural recoil of a bolt-action rifle to regulate the gases from the propellent. It’s a really smart design that captures the force of the recoil and uses its cycle more reliably.

Personal Defense Weapons (PDW) are typically identified as a compact, magazine-fed, selective-fire (semi-auto, automatic) hybrid between a sub-machine gun and your typical carbine, like a AR 15.

Almost every Maxim Defense gun could be classified as a PDW. However, I believe Maxim Defense fixed 2 of the major issues with PDWs; reliable cycling with heavier loads and maintaining appropriate muzzle velocity for a 5.56mm NATO, .300 Blackout, and 7.62.39mm rifle.

The Maxim Defense Hatebrake not only improves the reliability of the operation but provides the velocity needed to shoot rifle-caliber bullets out of a 5.5" barrel.

The HATEBRAKE also acts as a flash-suppressor, redirects noise away from the shooter, and adds 2.5" to the barrel of the gun. The improvement in accuracy and felt recoil are noticed immediately with the way the gun handles and recoils.

The most impressive part about the Maxim Defense HATEBRAKE was the lack of muzzle flip and control, especially with shooting  Maxim Defense 7.62x39mm bullets at a high rate of fire.

What is a Muzzle Brake (Recoil Compensator)?

Most of the time, you’ll hear the name compensator to describe a muzzle brake, but they’re one and the same, just a different name. A compensator has been used in rifle and pistol competitions because they work great at reducing recoil, muzzle flip, and loss of control.

Many companies now have muzzle breaks built into their barrels (ported barrels) to help reduce felt recoil and muzzle flip. Personally, I don’t think it makes a big deal with the pistols I’ve fired with ported barrels, but I know it makes a difference in heavy rifle calibers, such as the 7mm Rem Mag and .308 Winchester.

What is the Maxim Defense Slimline Handguard?

The most important factor in this handguard is that its free-floating, which just means that it’s not attached to the barrel. Free-floating upper receivers and barrels are common in the industry now, but not all are made of high-quality steel, like the Maxim Defense PDWs.

The free-floating handguard really helps with keeping the barrel cool during intense firing and assists in reducing felt recoil. To add to the features, the Slimline handguard comes with M-slots wrapping around the entire handguard for unlimited weapon attachment configurations.

A final touch that I really love is the QD sling slot for optimal comfort, mobility, and practicality when your weapon is harnessed. The only size that doesn’t have the QD sling is the 5.5" Slimline, but the 8.5", 10.3", and 11.5" handguard has the QD slot.

What is an ALG ACT Trigger?

ALG is the sister company of Geissele Automatics that was founded by none other than Amy Lynn Geissele (ALG) in 2012. Everyone is well aware of the established and impressive reputation of Geissele triggers.

ALG takes the same care and precision in producing a different brand with similar quality in all of their triggers. The Advanced Combat Trigger (ACT) offers an incredibly smooth and crisp trigger pull.

The trigger components have a special coat of hard lube that keeps the components moving freely, without attracting abrasive chemicals, carbon, or debris for the firing operation. Many stock triggers are polished and brushed clean from the manufacturing process, but very few companies put the time into polishing the sears until they’re smooth and shiny, like Geissele and ALG.

The whole point of the ACT is to provide a trigger that can handle the elements of the planet with corrosion-resistant springs and is durable enough to handle drops and the daily life of a soldier in austere environments.

The ALG trigger is built from 8620 alloy steel military specification castings, and tempered to increase the surface hardness of the trigger. 8620 steel provides a great combination of surface hardness and wears prevention. The ALG ACT Trigger has an average pull weight of about 6 lbs of force, which is on the lighter side of an AR, especially one with as much punch as the MD 1505. Since the ALG triggers are produced with Mil-Spec regulations in mind, they’re easier to trust to perform more consistently and accurately.

I was first concerned with the trigger pull weight because I know that ALG could make a lighter trigger. However, ALG has to consider the ACT is used in modern M4 carbine rifles and can’t go under 5.5 lbs of force in order to stay compliant with Mil-Spec regulations.

What is the SCW Stock?

The SCW stock is one of the most sturdy, reliable, easy to-to-use stocks I’ve seen on any AR platform rifle. As you’ve seen with other Maxim Defense PDWs, the SCW stock is attached to an integrated buffer carrier with a MIL-SPEC bolt. 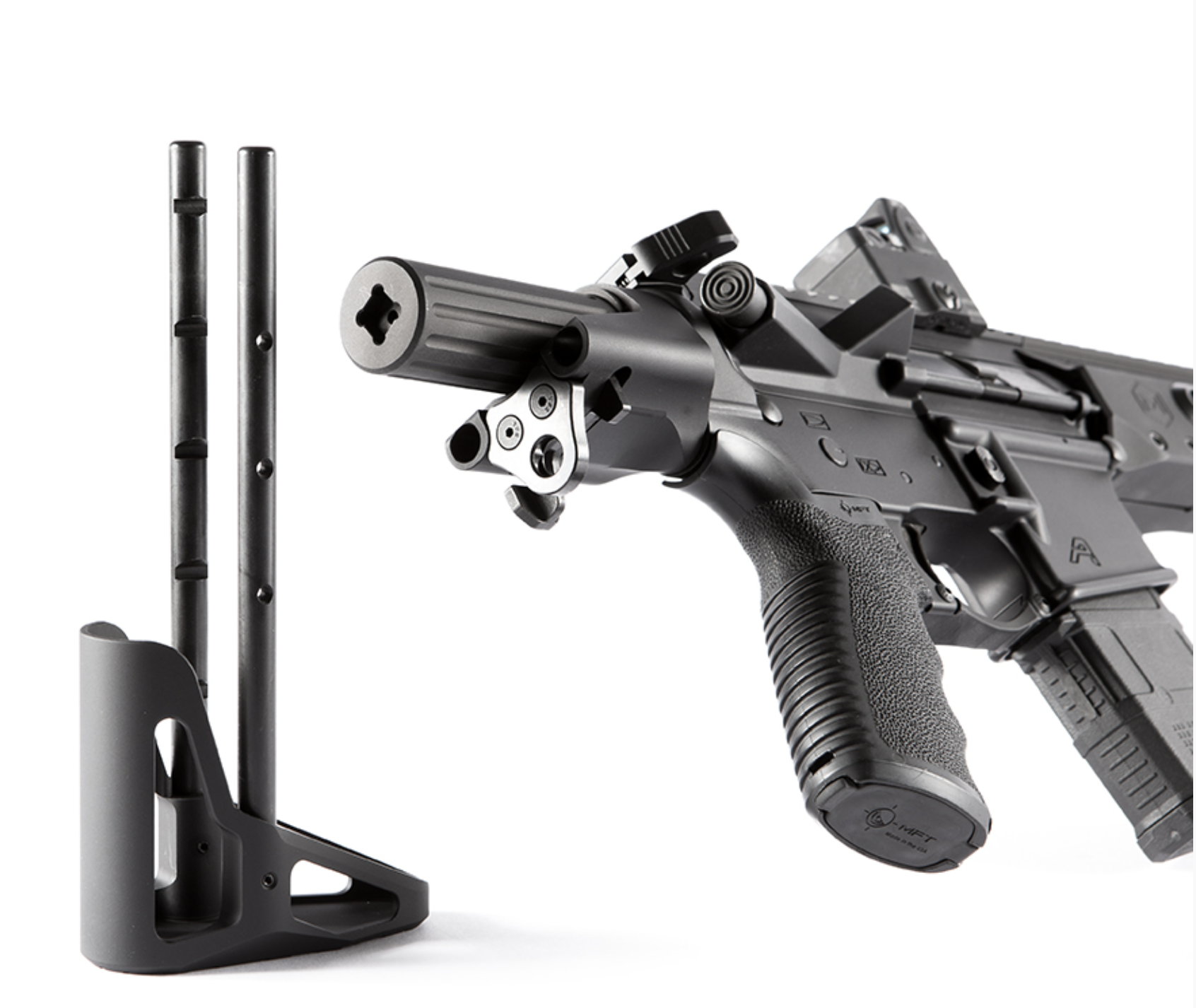 The very first thing you’ll notice when you see this stock on a rifle is how compact and short it is. As of today, I haven’t been able to find a stock that is shorter than the SCW stock and certified by the federal government for use in combat.

I love the idea of having no buttons to push on the stock in order to extend or retract. At first, I was skeptical because I’d never seen a design like this that actually works in the field. The ability to bring this stock down to 4" and instantly switch back and forth between fully extended (8.5") and collapsed is a game-changer.

The stock alone gives the shooter the ability to use this gun in any CQB environment and turn around and use it as a primary carbine in an extended fight if need be. In short, the SCW stock gives the operator more versatility, increasing the mission capability of the gun.

There are 2 main differences between the MD 1505S and the MD PDX. The first is the price point with a $400 difference in price for the addition of the monolithic upper receiver/handguard.

Monolithic uppers are incredibly cool and feel great, but it’s not necessary for every rifle you have. For example, if you have a nice free-floating handguard and well-made barrel, like the MD 1505, you don’t need a monolithic upper.

What is a Monolithic Upper Receiver?

There are always new terms that are used in the gun industry that are not explained enough to be universally understood terms. A monolithic upper receiver is one of those terms that companies use to explain the relationship between the upper receiver and the handguard on an AR-15 style rifle.

To keep it as simple as possible, a monolithic upper receiver is made from one solid part with the handguard attached.

Why Should I Buy the Maxim Defense 1505?

When I compare the 2 PDWs, it comes down to price for me, Saving $400 on a similar rifle is a no-brainer to me. Who isn’t at least kind of accurate with an AR? If you can afford this rifle, it will be the better quality by far than anything most of us ever get to shoot. The MD 1505 rifle is outfitted with the HATEBRAKE, SCW Stock, ALG trigger, and the Slimline Handguard.

The MD 1505S has the exact same barrel and overall length as the PDX. To me, it sounds like Maxim Defense listened to their community and created a PDW that offers stopping power, incredible recoil control, Capability, and Maxim (pun intended) customization. If you’re looking for a top-tier AR-15 platform that you can be used in any CQB environment and still reach out to touch someone at 400 yards, this is it.