What Makes The Maxim Defense Hate Brake Such a Solid Forward Blast Diverter?

Certain smells trigger the recollection of life experiences, happiness, and a sense of calm. For me, those smells are diesel fuel and burnt gunpowder.

Combine the smell of burnt gunpowder with the concussive force of the muzzle blast that you feel in your chest, and I’m having a damn good day on the range.

That fun on the range can quickly turn to frustration when you’re flanked by other shooters using muzzle brakes, feeling like your lungs are going to collapse. Let alone the clouds of carbon overwhelming the air around you. Those memories of happiness turn into memories of the gas chamber during BootCamp.

This can be even more of an issue for law enforcement officers and other duty personnel who have to clear houses and other small structures as a small unit. If the situation goes lethal and your team is engaging multiple threads, the concussive sound and excessive carbon in the air can cause long-term physical issues.

If you’re running a suppressor, then these issues are mitigated, but if you or your department don’t have the luxury of acquiring or using suppressors, there is another solution available to you that is much easier to be had; a forward blast diverter.

What is a muzzle blast diverter?

One of the hottest new accessories on the market today is the blast diverter. They’ve been called everything from "blast mitigation devices" to "blast shields depending on the manufacturer.

Muzzle blast diverters generally throw a rifle’s blast and everything that goes with it in a uniform direction; forward and away from the shooter. Flame, smoke, carbon junk, and even the sound is projected forward and not to the sides as a muzzle brake does.

What does a blast mitigation device do?

These blast mitigation devices are attached much in the same way as a suppressor. They interface with a compatible muzzle brake and are usually installed via a quick-attach system proprietary to the particular device’s manufacturer or screwed onto the barrel threads.

Blast mitigation devices are primarily made to keep blast debris and sound away from those shooting on either side of you and not necessarily to enhance your rifle’s shootability. Although newer devices now enhance the shootability and reliability of the weapons they’re attached to.

Blast mitigation devices such as the Maxim Defense HATEBRAKE also reduce muzzle flash, mitigate some of the felt recoil and improve the cyclic action of AR-style rifles. 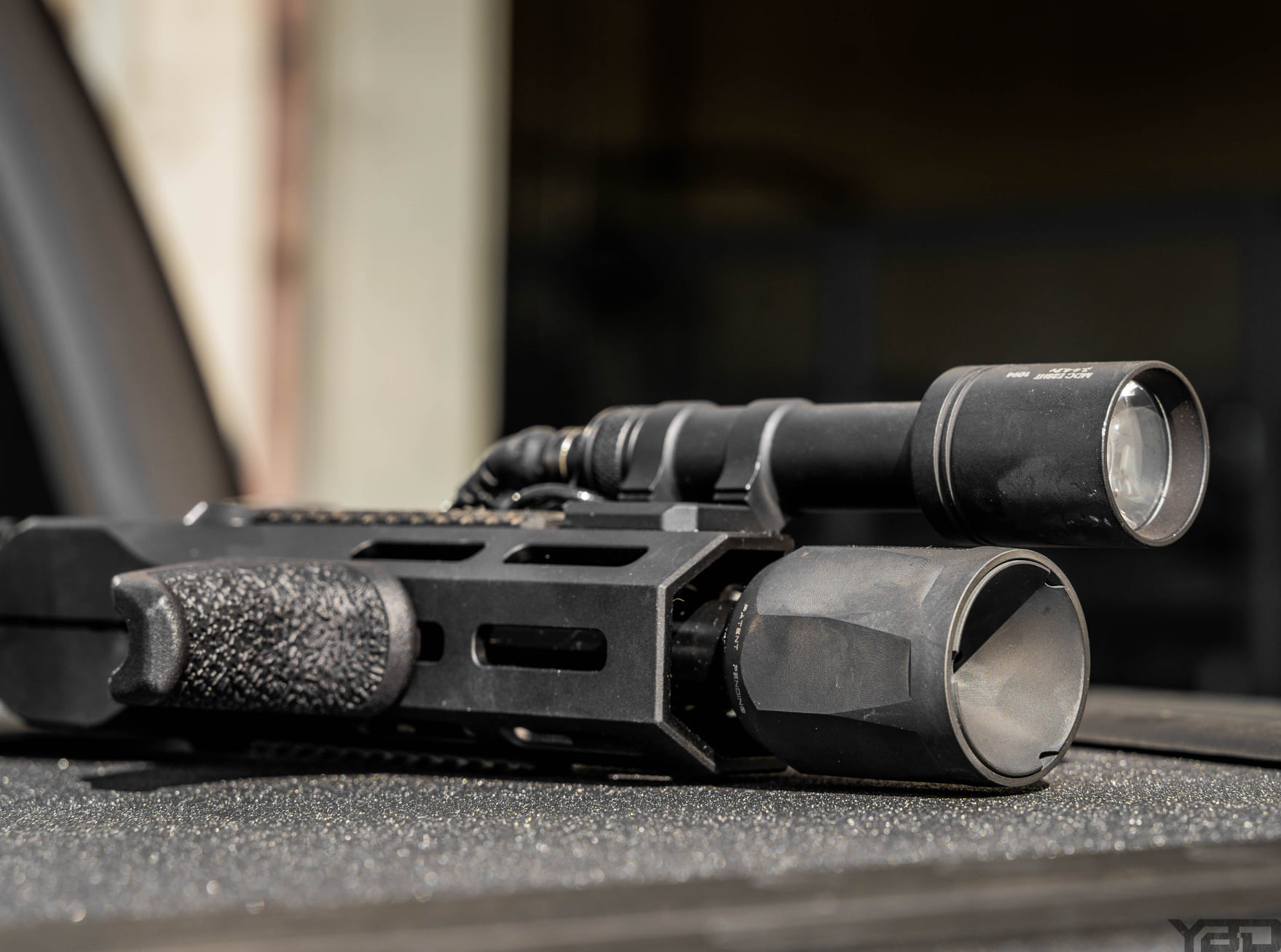 The primary design features include the redirection of gasses, decreasing the flash signature, significantly reducing recoil, and increasing accuracy. The HATE BRAKE installs with a 3/8" drive socket from the front, enabling it to be installed under a handguard without removing the handguard. During installation, the HATE BRAKE locks into place with K-Taper, a patent-pending taper locking technology, replacing the need for proprietary tapered barrels. The external shape of the HATE BRAKE is designed to work with M-Slot compatible hand guards.

What Sets The Maxim Defense Hate Brake apart from others?

The Hatebrake was first designed in conjunction with the Maxim Defense PDX weapon system.  The Hate Brake design intent was to emulate the back pressure of the entrance of a suppressor for two primary reasons:

Once Maxim Defense got the design to give them the amount of back pressure that they wanted, they looked at reducing the flash signature and redirecting as much sound as possible away from the shooter.

During testing, they quickly found that shooting a 5.5" 5.56 weapons in small test rooms were literally teeth rattling and the Hatebrake helped enormously to take the edge off (brakes the hate). The two-piece design allows for ease of timing the device without the need for precision mounting shims or crush washers.

What makes the Maxim Hatebrake stand out from the few others that are on the market is that it provides just enough back pressure to give their platforms what they need, but not so much as to blow excessive carbon back into the action.

Most muzzle boosters or blast diverters extend effective dwell by a large amount, and by the time that the action is fully opened during the extraction phase of the cycle of operation the muzzle booster is still decompressing.  During decompression, fluids take the path of least resistance and in this case in the direction of the chamber which blows a certain amount of exhaust gas and carbon dust back into the action. This increases the preventative maintenance cycle of the weapon system in a detrimental way. By comparison, the Hatebrake does not have this effect.

The efficiency of the Hatebrake is dependent on barrel length, caliber, and ammunition (results may vary given the number of combinations out there).