Stepping into your very first concealed carry class, or any class revolving around firearms, might be a daunting task. Especially if you’re not used to handling weapons. If this is you, don’t worry. We all have to start somewhere, and taking a step toward educating yourself on proper carry is a step in the right direction. And in order to help ease your nerves as you make that step, we decided to put together a full article on what to expect in a concealed carry class. Before we continue, there’s one thing you need to keep in mind. A concealed carry class is not the only firearms training you need. If a concealed carry class is your first class, we highly advise you take an actual training course where you can further your training. You can know all the safety procedures for carrying concealed, but if you can’t aim and hit your target, you’re more of a danger than anything else. Ideally, we’d advise you to take a training course prior to a concealed carry class, especially if you’ve never laid your hands on a weapon. Because safety is a priority. Knowing how to safely handle and use your gun is highly important, and we can’t stress that enough.

In some cases, instructors might turn you away if they feel you won’t be able to complete the course because you don’t have basics safety and gun handling skills. So, to keep this from happening to you, it’s important to consider a training course prior to a CCW course. Then, once you’ve completed a CCW course, continue your training. 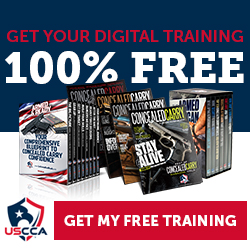 Everything you need to know about Concealed Carry Classes

Before you go to class, there are a lot of questions you may have. Like, what to expect. Who will be there? Should I feel intimidated? What will I do in the class? Will I actually get to shoot? Do I need to bring my own firearm? Do I need to bring my own rounds, if so how many? What about targets? Can I bring my own or will the range supply them? Are there qualification standards? All of these are valid questions and you shouldn’t feel stupid for asking them. Typically, however, before you attend any firing course the instructor will send out an email with a list of all the essential items you need to bring. Make sure you read and follow all instructions, trust us, it will make your life easier. If the instructions are unclear, contact the facility or instructor of the course and ask. It is better to ask first than get there and be unprepared and lost.

Who Needs a Concealed Carry Class

Depending on the state you live in, if you want to carry concealed, you might need a permit. In order to get a permit, again, in some states, you first need a concealed carry course. So, who you meet in class can vary from complete beginners to advanced shooters. Even if you don’t have to legally attend a concealed carry course before carrying concealed, it’s a good idea to go and add a little more education to your weapon’s knowledge toolbox. So, realistically, everyone should take advantage of the opportunity to take a CCW course, even if you don’t have to, per law. What will you Learn in a Concealed Carry Class

First off, every state is different. If your state requires a permit, then your state will have a set list of requirements. Some courses may be one day, others two. You might sit in a class for 8 hours or 12 over the course of a couple days. So, we can’t give you an exact answer on this one because CCW classes aren’t standardized across each state.

However, in general, most classes will cover the following:

How to safely carry your firearm (both at home and on the range to go along with safely carrying concealed, of course).

And since we’re on the topic, here are some safety musts to live by:

Typically you’ll also go over how to safely load and unload a weapon. Since you’re in a CCW class, the instructor will most likely use the most common CCWs to be used, such as a revolver and semiautomatic pistol.

You’ll most likely learn how to properly care for and clean your firearm as well-because a clean weapon is more reliable than a dirty one.

You’re also likely to go over how to store your weapon when you aren’t carrying it. This is an important piece of information here, especially if you have little ones running around. Although, even with safe storage, you should teach your children firearms safety as well.

There will also typically be a period of instruction to go over gun laws for the state you’re in. This will most likely include who can and cannot legally own/carry a firearm and laws on transferring a weapon to someone else. Use of force laws will probably be discussed as well.

Finally, you’ll fire your weapon. Again, every state is different. But, just as an example: you’ll do some dry firing first, then you’ll get to practice and work on the techniques you’ve learned in class. After, you’ll have an assessment where you’ll be required to get 75% of your rounds on paper.

Again, the above is an example. Every class is different, but the above is a good idea of what you’re most likely to see in a CCW class. The best way to find out what’s going to be covered is to talk with someone facilitating the CCW course you’d like to attend.

Should you feel Intimidated

Absolutely not! You and everyone else is there to learn. That also means you shouldn’t be afraid to ask questions. Because honestly, the guy (or gal) sitting next to you probably has the same question and is too afraid to ask. Even if you happen to be in a class with a “know-it-all,” don’t worry about them. At the end of the day, they probably won’t remember your name anyway. What’s important is that you learn everything you can so you can take it into your daily carry. It’s better to ask questions now than to not know what you’re doing later. And if anything, your instructor is probably more than happy to clarify confusion off to the side – before you get out on the range and shoot someone.

Maybe you aren’t quite ready to sign-up for a CCW course, that’s okay. Your first step is to make the decision to carry, and that involves a little more than choosing what type of pistol you’ll carry. How you carry, where you’ll store your firearm when not carrying, and if you want carry insurance are all things worth consider prior to actually holstering up.

This may seem odd to those who’ve never carried, but how you carry depends on a few factors. Do you want to carry IWB or OWB? Will you carry on the hip or appendix? Do you typically wear tighter fitting clothes or a dress? Will you have to carry in a purse, backpack, or with a belly band? Will you be carrying a revolver or a semiautomatic pistol? Will you carry every day?

Believe it or not, you won’t have your gun on your hip 24/7. There will be times when you need to store it, and places you can’t carry. When this happens, where will you store your gun? Do you have a safe? Do you have a hard carrying case with a lock? Do you have a trigger lock? All are important things to consider prior to purchasing a firearm.

Concealed carry insurance holds a bit of controversy. Do you really need it? If you did have to use your weapon, would the insurance or legal defense service actually do their job? Is it a waste of money? Again, all questions you should ask and do some research on. We suggest starting with this article we wrote: Best Concealed Carry Insurance 2019.

Will you actually be able to use your weapon?

Finally, something too many people don’t consider: Will you actually be able to draw and effectively use your firearm if need be? Unfortunately, intention and action are too often very different things. Carrying a weapon holds a lot of responsibility. Not only should you be able to effectively use your weapon, but you should also be mentally prepared to shoot someone.

You can have all the training in the world, but that doesn’t mean you won’t get nervous and “forget” how to pull the trigger when needed. This is only one more reason consistent training is so vital. You need muscle memory to kick in when your nerves get the best of you, and that only comes with practice. Remember, shooting at a target and shooting at a living thing are very different, you have to be mentally ready as well as physically. Carrying concealed isn’t about looking cool, it’s about being able to protect yourself and those around you. And if you aren’t prepared to pull the trigger in defense of self or others, what’s the point in carrying a weapon?