Rimfire suppressors have a reputation for being a tool of stealth assassins such as James Bond, Nikita, and other “off the books" operatives. This is mostly thanks to Hollywood.

The majority of the time, with the right ammo, all you will hear with a suppressed .22 is the action of the bolt. I mean who doesn’t want a suppressed 22?

It’s said in the industry that it’s easy to make a 22 suppressor, but to make a good one is another story. Maxim Defense has taken the 22 suppressor to another level with its new DRF-22.

The DRF-22 suppressor is specifically designed to minimize the increase in cyclic rate and gas blowback of a suppressed rimfire firearm.

Primary design features include the significant reduction of sound signature, decreasing flash signature, reduction of recoil, and increasing the accuracy of the suppressed firearm. 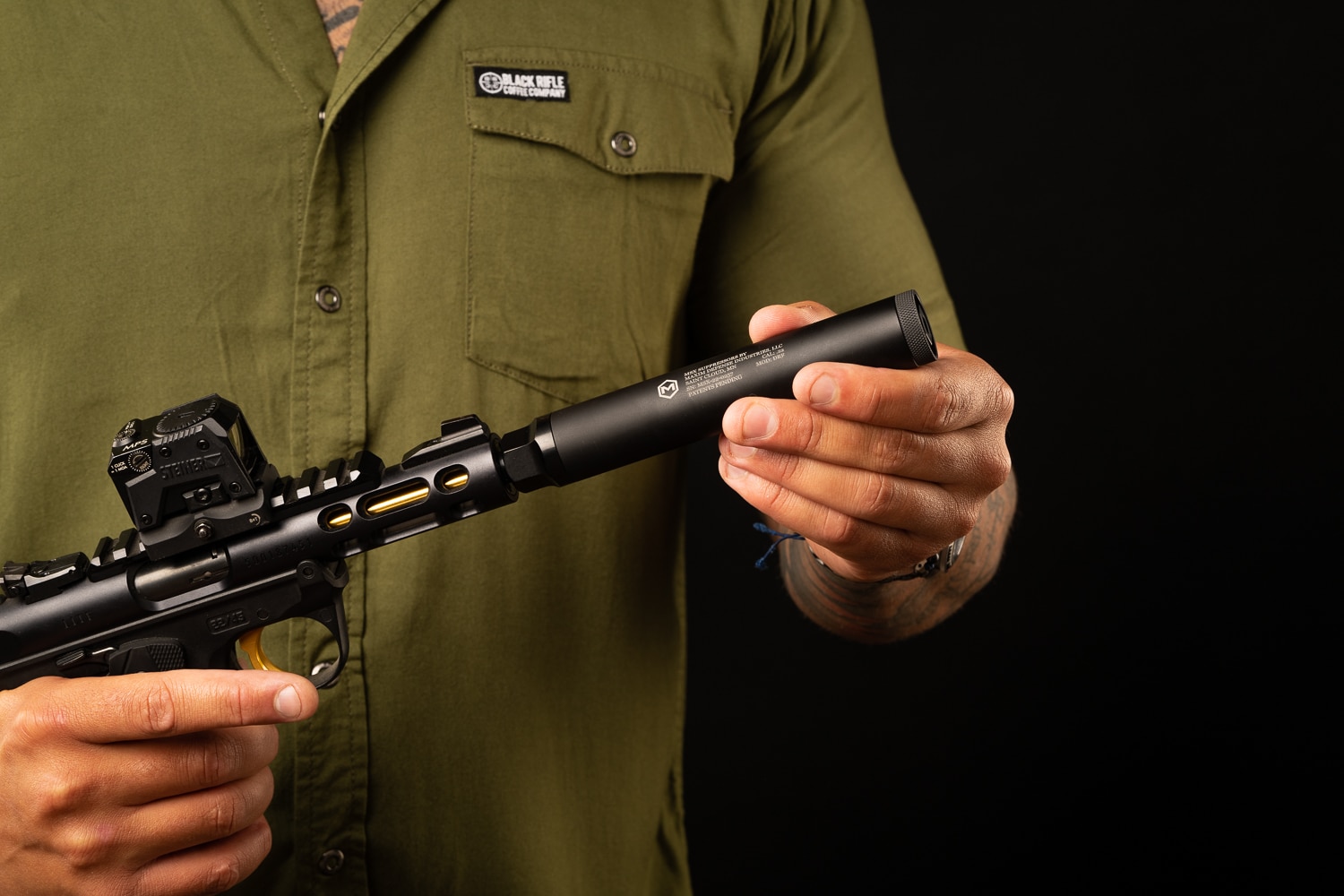 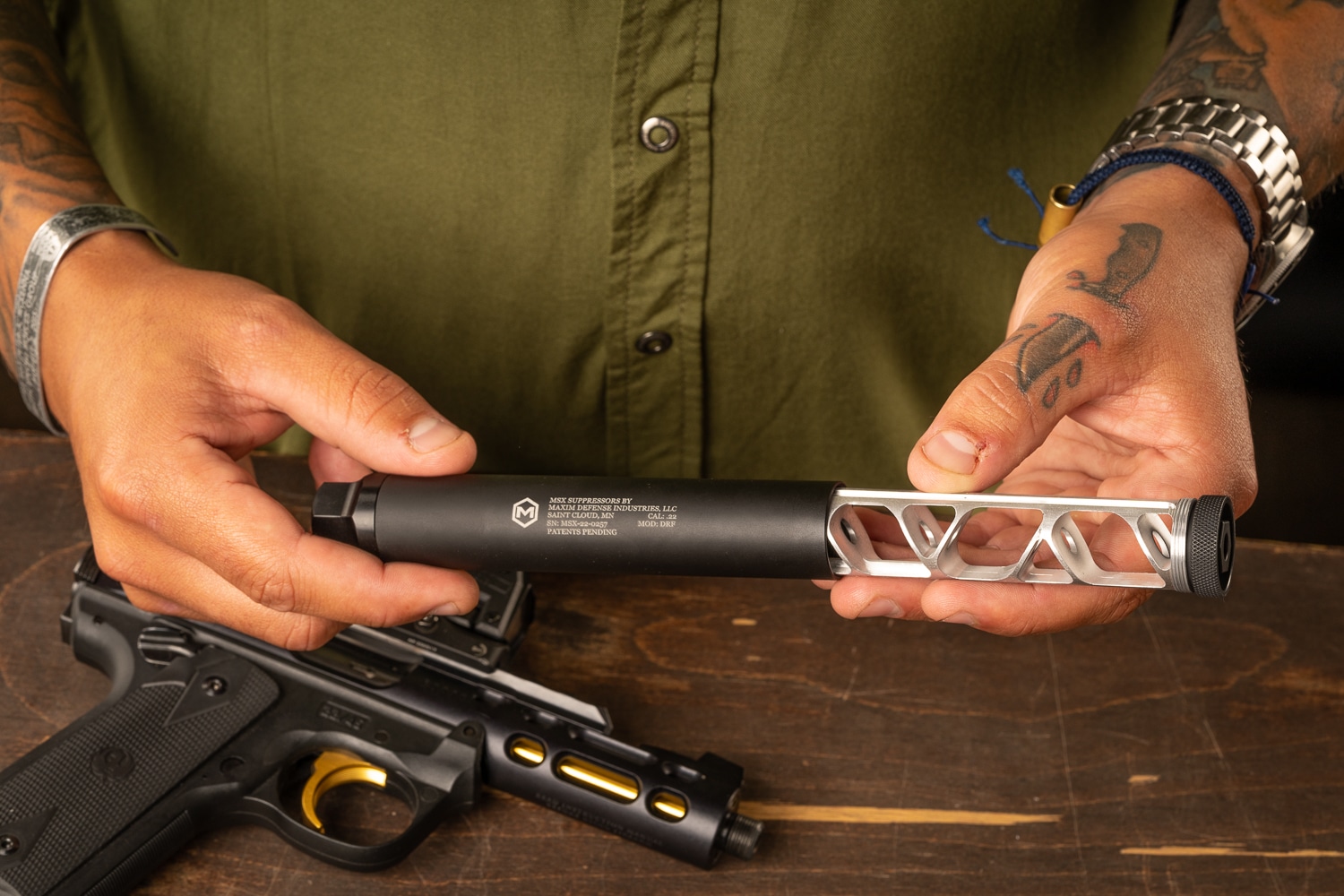 What is First Round Pop?

Maxim Defense 22 suppressors, for the most part, are designed to negate or at a minimum, significantly reduce first round pop.  The internal geometry of the suppressor baffles are what tend to increase or decrease first round pop.

When Maxim Defense designed its monocore, they went to great lengths to find the right combination of entrance chamber volume and baffle geometry (fluid resistance).  Its DSX and PRS line of suppressors have an integrated M baffle in the entrance chamber that significantly reduces or negates entirely all first round pop.  Its line of 22 suppressors do not have an integrated M baffle, as it turns out that they do not need it.  The baffle geometry that they had designed worked perfectly on its own.  For the .22, it all came down to a mathematically and geometrically optimized monocore. There are 3 unique characteristics of the Maxim Defense DRF-22 rimfire suppressor that stand out to us.