Any “best of" article written should come with a caveat.  Best ever?  Best now?  Best at any price?  Today’s topic is about my choice for the best hunting rifle for the common man.

Simply put, if one thousand average joes walked into a thousand gun stores with the purpose of getting hunting rifles, what will suffice for what they would hunt in North America?

Growing up, I was blessed with a Pre-’64 Winchester Model 70 in 30-06.  This gun is a legend, a beauty.  Excalibur!  This rifle killed deer like the plague was blowing through town.  But to find one now takes a little work, a little luck, and a pile of cash.

Now as my boys grow into young men, it’s time to take them back north to where I was raised.  To Alaska we go for every son’s 10th birthday,  chasing after wolves, deer, and the occasional moose.  What rifle should I put into their hands? What gun can I afford to buy three of, one for each boy? 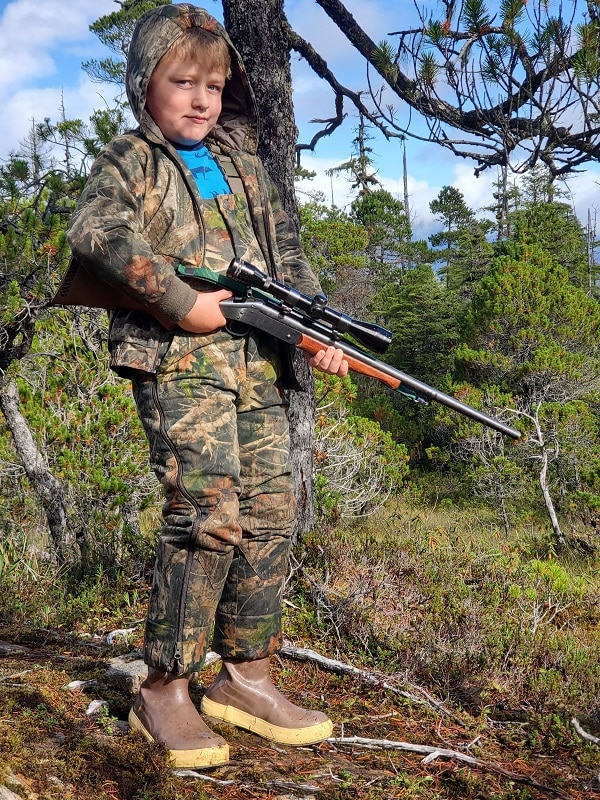 $530.00
at Guns.com
VIEW DETAILS
Prices accurate at time of writing

All Ranch rifles come in a synthetic stock, intended for use with detachable box magazines (DBM’s).  All models of the Ruger American Ranch take AR-15 style magazines, except for those chambered in 7.62×39 (Mini-30 mags), and 450 Bushmaster (Ruger OEM).

The Ruger American Ranch comes standard with a threaded barrel, meaning you can add a flash suppressor, muzzle brake, or hunting suppressor without having to ship your rifle off to have the barrel threaded later.

The Ruger Marksman Adjustable trigger is adjustable, with a pull weight between 3-5lbs.  This trigger feels like a 2-stage and has an excellent, crisp break.

The Ruger American Ranch has an MSRP of $659, but the street price is in the $500 range (depending on caliber), making it affordable to the masses.

One of the easiest ways to enhance your shooting experience at the range or in the woods is to add a suppressor to your rifle.  Here’s an excellent and detailed explanation as to why, but let me summarize. Shooting with a suppressor not only protects your hearing from permanent damage but will also enhance your accuracy as well.

Furthermore, you disrupt the local environment less, meaning follow-up hunts by you or your hunting partners have a better chance as the animals aren’t as likely to be spooked.

Having been a shooter, gun dealer, and reviewer for many years, I can say the Maxim Defense PRS suppressor is one I would highly recommend for hunting use.

When it’s time to pick out a good scope for your hunting rifle, it’s pretty easy to get overwhelmed by the options, and the price!  Lucking I’ve already written out a guide for you.

For quality, it’s hard to go wrong when buying American.  Leupold can compete with anyone in the world in the optics market. $334.99
at Guns.com
VIEW DETAILS
Prices accurate at time of writing

For the price, the VX-Freedom is tough to beat, even when scavenging through the Chinese-made bargain bins.

The VX-Freedom is their entry-level line, perfect for the common man grabbing his first hunting rifle.  Despite its low price, the VX-Freedom still brings Leupold’s reputation for durability and simplicity to bear.

The best range for magnification in your scope is certainly a debatable topic, but the venerable 3-9x has been an incredibly popular and successful choice for decades.

Don’t overlook the details, especially when it comes to picking a sling.  Grab a good one and you’ll hardly notice it.  Grab a cheap one and it may fail just when you need it most!

Magpul may have made their fame with magazines and related accessories, but they’ve brought their manufacturing might to bear on a great many peripherals since.

One of those items is Magpul’s MS1 Mission Sling. $37.95
at Brownells.com
VIEW DETAILS
Prices accurate at time of writing

The MS1 rifle sling is made with heavy-duty nylon, and all steel hardware has a Melonite or manganese finish.

When we say “Budget Rifle" or “Budget Scope", we aren’t talking about the cheapest at all costs product.  Your rifle, scope, ammo, and accessories all still need to perform to a certain standard.

While we all want sub-MOA accuracy from every gun, the truth is it isn’t needed in most cases.

If we assume a 5" diameter target for most big game hearts, you’d need to be shooting 5 MOA or better to hit it at 100 yards (the distance many hunters won’t shoot past).

That’s just for heart shots.  If you miss the heart, you still have a large target in the lungs.  The neck of many of these animals is far larger than the heart. 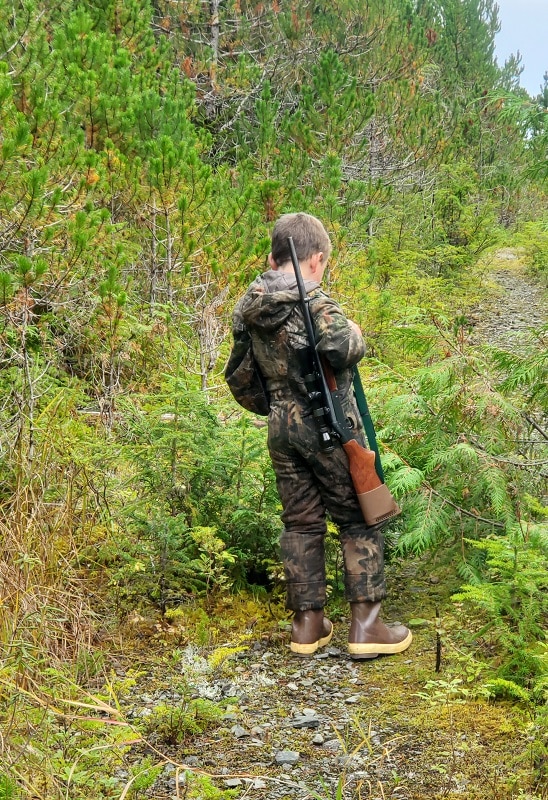 There are a few hunting loads I would label as “budget", but the good news is that you typically won’t be shooting many rounds.  Once you’re zeroed and practiced, it just takes a couple of rounds to check zero.

Hunting-specific bullets are designed to perform best when tearing through flesh, and as such are usually a bit less accurate than match-grade target rounds.  Don’t fret!

Find one that groups up well out of your rifle, and a couple of extra boxes to practice with. Just make sure you’re bringing enough power to ethically drop the animal you’re hunting and use a round designed for that purpose.  Match rounds, FMJ, ball ammo… these are not acceptable for the killing of animals.  Respect the animal enough to kill it quickly.

Scopes really have three jobs when it comes to helping you be an accurate shooter.

This is where things get pretty easy!  Nearly every modern manufactured factory rifle is going to be more accurate than a majority of casual shooters.  Obviously, the exception is dirt-cheap rifles or those with a mechanical defect.

If you lock a rifle into a perfect vice and shoot a 5-round group, practically every shooter out there would struggle to mimic that group.  A rifle’s mechanical accuracy potential is much better than we give it credit for.

A rifle’s barrel will optimally be free-floating, meaning nothing touching it past the barrel nut.

The rifle’s trigger should have a clean break, with little to no “creep".

If your rifle is struggling, first check to make sure all mechanical hardware is tight.  Make sure the receiver is snug in the stock, the scope ring mounting screws haven’t come loose, etc.

Next, try a different brand of ammo.  Better yet, try a different bullet weight if you can.  Some guns and some ammo just don’t get along, no matter how high quality they are.  Sometimes you’ll have two identical factory guns, one of which likes a certain kind of ammo, and the other won’t shoot it well.

It isn’t too hard to get into hunting, nor is it tough to get equipped at a reasonable price.  Make sure you’re buying reputable brands though, or you’ll find yourself facing more questions than answers.

Not looking for a budget gun, but top-of-the-line instead?  Check out our thoughts on Maxim Defense’s MD11!