Best 9mm Ammo For Self Defense

With the Great Ammo Crunch of 2020-2022 ebbing in many places, 9mm ammunition is leading the way in returning to normal price and availability.

For many, this means we can stop grabbing the cheapest option in favor of buying the best option once again.

With a variety of products available, it’s time for us to cover the best 9mm ammo for self defense.

Our Top Picks For The Best 9mm Ammo

What Goes Into Selecting The Best 9mm Ammo

When we’re looking at self defense ammo, there are a few considerations that go into a final decision.

As always, reliability is first.  If the best ammo doesn’t feed and fire 100% in your gun, it isn’t the best ammo!

The same goes for accuracy.  Some rounds might be considered accurate through many guns, but if it doesn’t shoot acceptably through your gun, it isn’t the round for you.

Past reliability and accuracy we’re looking at bullet design, bullet weight, and penetration. 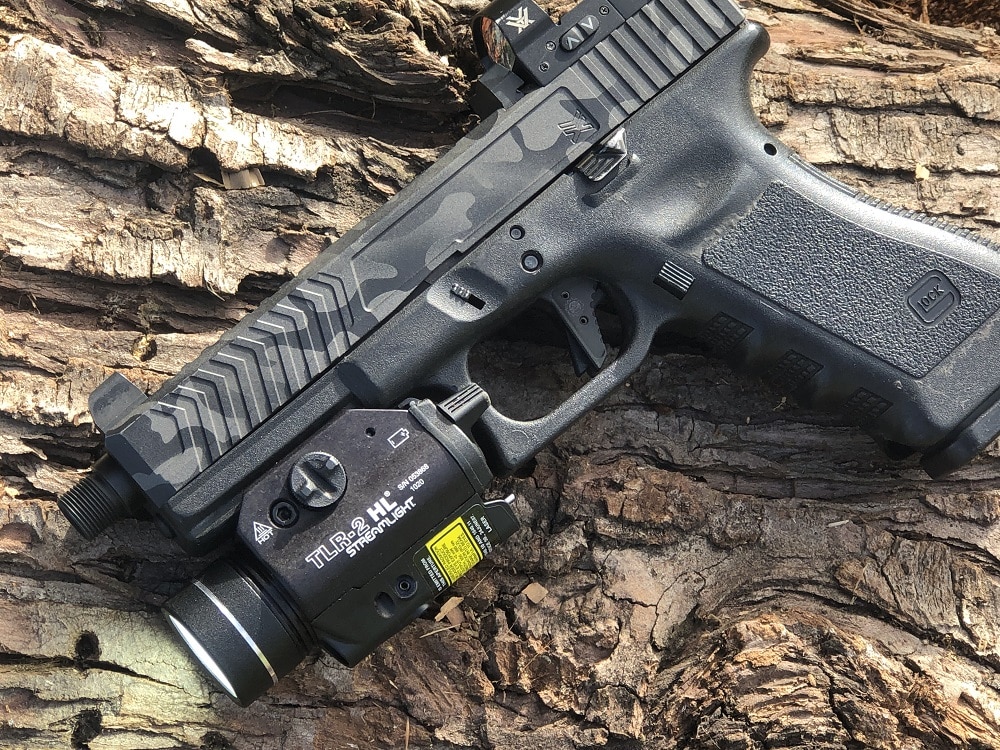 There’s a variety of different bullet shapes and construction methods out there, but for defensive ammunition you’re really only looking at the different flavors of hollow point (HP) ammo.

JHP means the soft lead core has a (usually) copper jacket on it.

BJHP means the jacket is molecularly or chemically bonded to the core, reducing the chance that the core loses its jacket inside the target.

MHP is when the bullet is a one-piece construction.  I’ve only seen these in copper, which means they tend to be lighter bullets with more velocity than a lead core round.

Heavier rounds also tend to have a different recoil impulse, more of a push instead of a snap.

Lighter 9mm rounds (let’s go with 108-115 gr) use faster velocity for a more violent expansion of a hollow point, but can have a little more difficulty breaking through heavy clothing and still expanding properly.

The above descriptions are generalizations, and won’t apply to every single round.

Reliable penetration is a must.  The FBI standard testing protocols look for 12"-18" penetration in 10% calibrated gelatin, including going through various barriers.

An average torso is about 10" thick, so those vital organs are only 5-6" deep.  That bullet will likely have to travel through clothing, ribs, and maybe even an arm before hitting vitals.

There’s even the likelihood that whoever has attacked you is now taking cover, possibly behind a couch or around the corner behind some drywall.

What about +P Rounds?

There’s a wildcard in all this, +P and +P+ rounds.

These rounds are loaded with more gunpowder, exceeding the SAAMI specifications.  The idea is to get more velocity and thus more lethality out of your rounds.

Here’s an excellent in-depth explanation on the subject.

If you aren’t sure +P rounds are for you, then it’s best to stay within the standard SAAMI spec loadings to avoid possible failure of your gun/ammo combo. 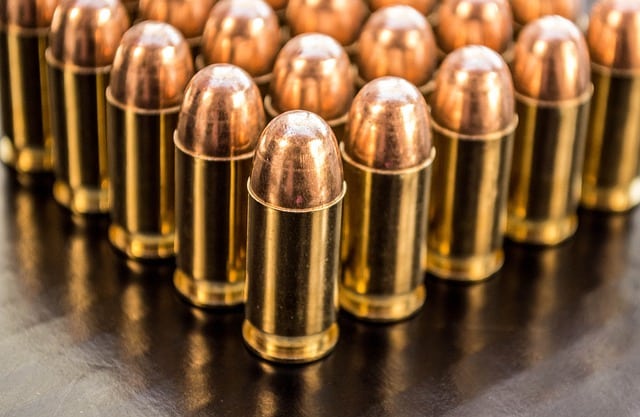 The Best 9mm Ammo For Self Defense

There’s a lot of great 9mm ammo out there, but we’ve chosen 6 of the best-performing loads for when your life is on the line.

The Golden Saber was designed by the same engineer who created the famous (or infamous) Black Talon bullet, Dave Schluckebier.

A bonded 124gr bullet, the Golden Saber is a mid-weight round designed both for excellent expansion and penetration. The bonded jacket is responsible for the Golden Saber’s reputation for excellent weight retention through the target, even keeping 97% of its original mass after going through a car window.

That’s performance you can count on.

Sig’s excellent 147gr JHP V-Crown bullet is one of my personal favorites as both a writer, and a shooter.

The V-Crown has incredibly consistent expansion, giving me a nice collection of identical bullet-flowers after a range day with the gelatin block. This JHP has fed flawlessly through my Mp5, various Glocks, a Ruger PCC and a Ruger American pistol during my last couple years as a gun reviewer.

Those are two real-world data points I can rely on.

Furthermore, the Elite V-Crown is the only one on this list that costs less than $1/round.

The only thing I dislike about shooting Sig’s V-Crown?  Running out. 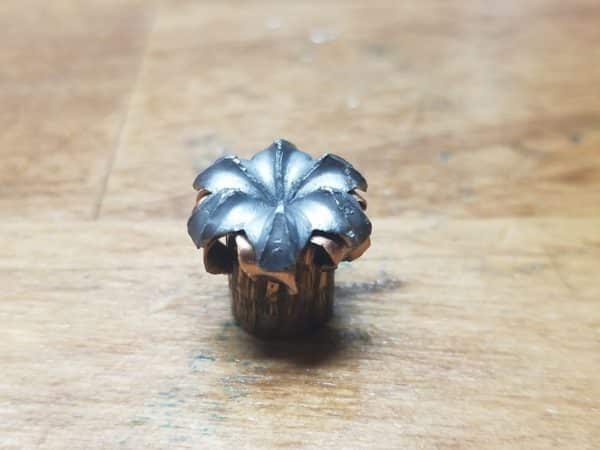 The direct descendant of the Black Talon crown, the Ranger SXT is so similar that it’s been joked SXT stands for Same eXact Thing (it doesn’t).  The SXT was further improved in the T-Series, providing more consistent expansion. What this 147gr round brings to the table is deep penetration and consistent expansion.

The rounded nose of the Ranger SXT provides smooth feeding in a wide variety of guns.

The T-Series was further engineered to provide more consistent expansion after going through various barriers.

This is a round you can count on. 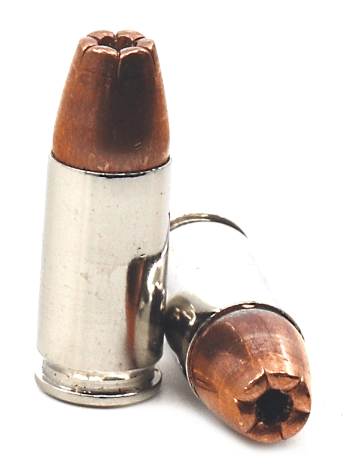 While Speer may not have a link to a famous round of bygone days, those in the know hold the Gold Dot G2 147gr 9mm round on a high pedestal.

The original Gold Dot was designed specifically for the (then new) FBI Standardized Testing Protocol, and was one of the first to perform exceedingly well in those tests. The Gold Dot G2 was adopted as a standard FBI 9mm round, was was further optimized for use with compact and sub-compact concealed carry guns.

With a reputation for accuracy, reliable expansion, and moderate recoil, the Speer Gold Dot remains highly competitive in the world of defensive handgun ammunition. 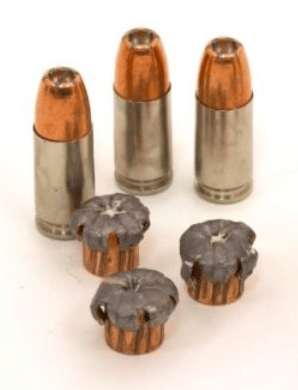 So you wanna try a +P round eh?  Barnes has one of the best reputations of any bullet manufacturer over the last 10 years, leading to their products being consistently sold out despite adding additional shifts and machinery.

The TAC-XPD 115gr MHP design comes out at 1125fps, giving the all-copper constructed bullet plenty of velocity to work with. Barnes has been one of the most consistent manufacturers I’ve tested with regard to Standard Deviation in the chronograph.  This means their powder charge is the closest it can be to exactly the same every time.  That speaks to high-quality control.

Despite being a +P loading, the TAC-XPD doesn’t have the sharp increase in recoil you might expect.  A quick search online reveals I’m not the only one who’s noticed this!

This is a soft-shooting round, even when compared to non +P rounds.  Wizardry!

The lightest round on this list is also one of my all-time favorites.

The 108gr MHP round redefined what I expect out of a defensive round.

Screaming out at ~1300 fps, the Norma MHP round expands into 4 wide petals.  Wider in fact than any other 9mm bullet I’ve gelatin tested, often reaching ~.9" from petal tip to petal tip. Norma’s 108gr 9mm round has also shown class-leading accuracy out of my Glock 43x, outclassing every other competitor so far.

Also, some of the lightest recoil I’ve felt in a 9mm round.

The downside?  The round expands so violently, it often only penetrates 10-11" deep.  When confronted with heavy clothing the round will penetrate further, but expand less consistently.

Summer carry?  Definitely.  Winter carry?  I’ll swap it out with a heavier round. 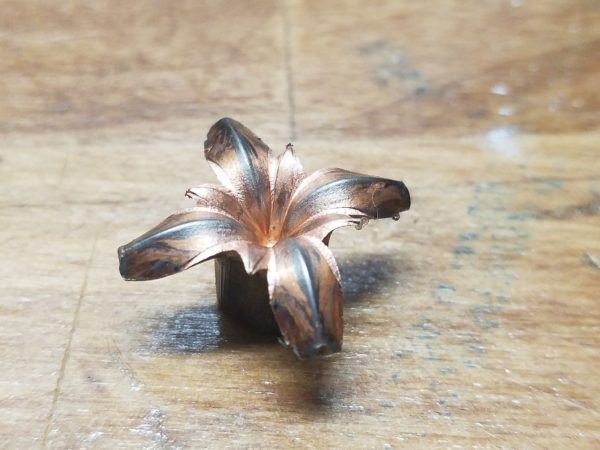 Having trouble finding rounds in stock?  Check out this blog detailing the best ammunition finding website we know of.

What 9mm Does The FBI Use?

The Hornady 124gr FTX Critical Duty +P round was selected for the FBI’s full size handguns.

What 9mm Round Has The Most Stopping Power?

“Stopping power" is a poorly devised term that usually relies on anecdotal evidence.  We can measure kinetic energy (mass X Velocity²), but that doesn’t always tell us how effective a bullet will be at stopping an assailant.

The FBI Standardized Testing Protocol gives us a better look as we compare total kinetic energy, expansion, and penetration.  A quality round will penetrate between 12" and 18", even through plywood, drywall, or denim.

What Grain 9mm does the military use?

Any of the six options listed here (7, if you include the Hornady round selected by the FBI) will serve you well.  If you can, buy a box of each and see which you and your gun like best.

It’s worth spending the few extra dollars to do it this way, your life is worth the investment to buy the best 9mm round for self defense.