+P Ammo vs. +P+ Ammo and What You Need To Know About Both

Today, it seems like too many manufacturers go out of their way to make their products look better than that of their competitors by slapping some exaggerated information on the packaging. And you might be wondering if ammunition is the same way.

Well, we’re going to cover a little bit of that in this blog as it pertains to +P ammo and +P+ ammo. What do the markings mean, and is there really a difference between the two and a standard load? First off, what does +P mean? It means overpressure. If you’re running +P, you have ammunition that’s above the standard pressure given by SAAMI and NATO specs. Some resources say +P stands for extra pressure. They both mean the same thing at the end of the day, so we aren’t too hung up on it.

In the simplest terms, +P ammunition is ammo with a little extra gunpowder. That gives it more power, created by extra pressure. This happens because the additional powder is packed in, that packing and extra ignitable material makes a load with higher internal pressures.

If the manufacturer were instead going to make a longer cartridge, it wouldn’t be the same; there wouldn’t be as much of a forceful explosion. The lack of space to expand is what helps to create extra pressure. I wouldn’t suggest shooting +P ammo for practice or plinking. Along with higher performance comes higher recoil and higher ammunition costs. Typically I will shoot a mag of the +P ammo I carry each range session just to ensure reliability and accuracy. +P ammo has some definite advantages when considered for home defense and concealed carry.

How much difference can 100 fps make in ammunition performance? When considering terminal ballistics for +p ammo it makes a considerable difference.

The general rule of thumb in pistol terminal ballistics is that when the velocity of the bullet drops below 900 fps, it is tough for a bullet to get much expansion and create a wound cavity that will stop the threat.

Handguns with short barrels chambered in .38 Special, 9mm, and .45 Auto don’t produce much more than 900 fps velocity. The 38 special being fired in a very short-barreled revolver is especially susceptible to this because of the lower pressure and velocity caused by the cylinder gap.

If you’re sitting there and don’t know much about +P ammunition or why you should get it, just because there’s extra pressure, this section is for you. However, remember where I said there’s some debate, yup, you guessed it, the need for +P is also a debated topic among shooters. So, I’ll give you both sides, and you can determine if +P is for you or not.

The benefit of good +P ammunition is that it should have more power. Notice I used "good" and "should." This is where the debate comes from.

Assuming you have quality +P ammunition, there should be a significant difference in power, which translates to stopping power. So, if you’re looking for self-defense ammo, +P can be a good option. 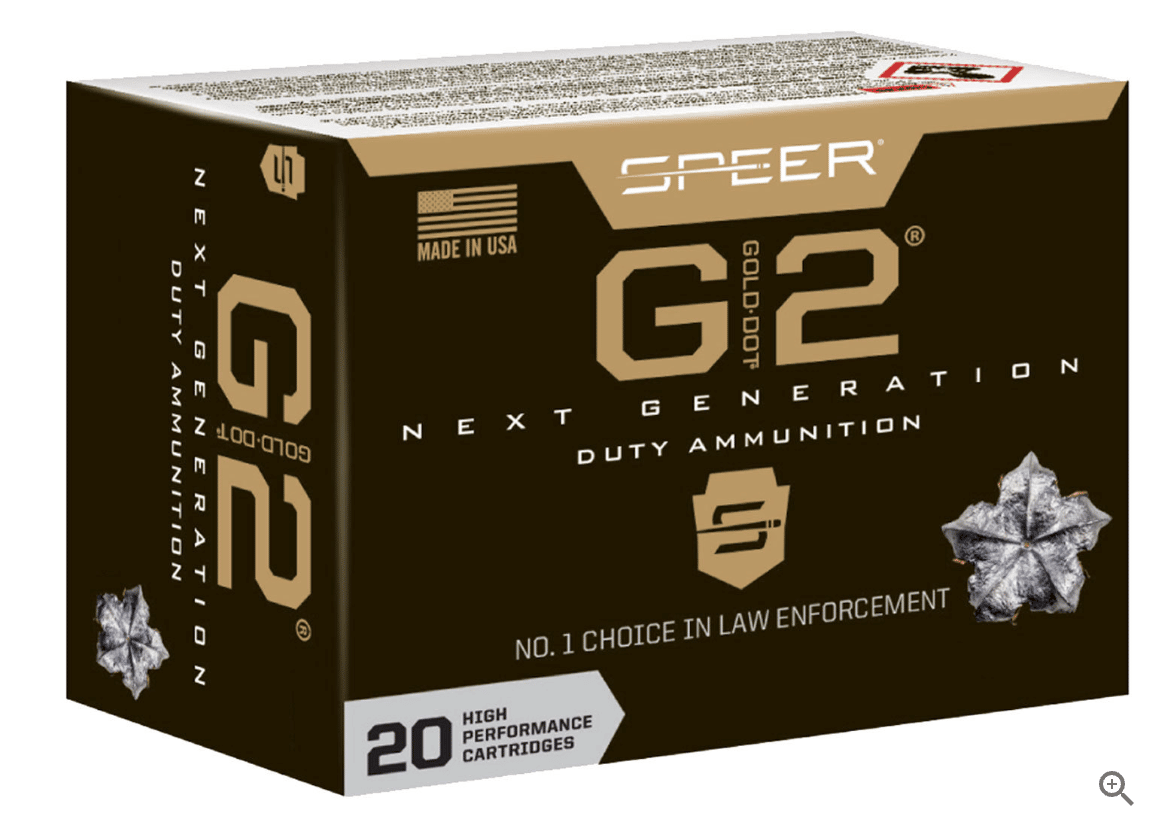 And now we have the second argument. The difference is standard ammo, and +P ammo isn’t significant enough to warrant the extra money you’ll need to dish out for the extra pressure. If you have cheap ammo, chances are, this will be the outcome for you. However, quality ammo should have a difference.

Now, something to keep in mind here when testing ammo. A lot of environmental factors go into the numbers you get from muzzle velocity and muzzle energy (kinetic energy). So, you won’t always get the same numbers the ammo companies did in their perfect environments. Of course, there’s also the possibility that the velocity and energy printed on the box exaggerate the results. 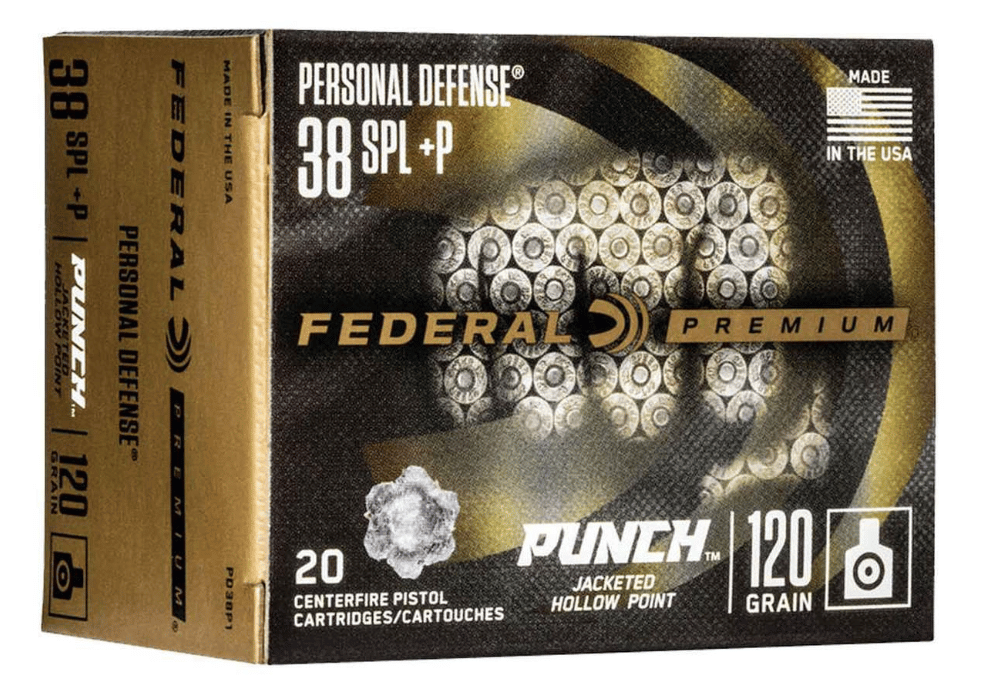 In some cases (with some types of ammunition), instead of spending extra money on 9mm +P, it’s better to get yourself a higher caliber, such as standard .40 or .45, because the significance isn’t there.

How Does +P Ammunition Work?

To understand that, we need to go back to the basics of firing your pistol.

When you pull the trigger, it puts into motion the events needed to set off the primer, which happens when the firing pin hits the primer. When the primer is set off, it creates an explosive charge. This ignites the charge. When it’s ignited, a lot of pressure builds up. And since the pressure is looking for a way to escape, it does in the form of a bullet being sent through the barrel, out of the muzzle, and hopefully onto your target. +P is an extra charge, meaning more pressure. And with more pressure, you get more speed. Also, an advantage of quality +P is that the extra speed means it keeps its trajectory for a longer distance. That means your bullet won’t drop as quickly, and you’re more likely to hit whatever you were aiming at, not below the target—you also have to be a good shot. Please don’t leave this article thinking ammo fixes the human error. It does play a part, but if you suck at shooting, well, you suck. Fix that before spending a bunch of money on +P or +P+ ammo, hoping that it will somehow compensate for your poor shot placement due to your mediocre skills.

Modern +P Loads that are 2,000 to 3,500 psi higher than standard loads do not present the risks of unsafe firearm/ammunition combinations.

All +P ammo will be marked with a +P on the headstamp of the cartridge case to differentiate it from standard pressure loads. 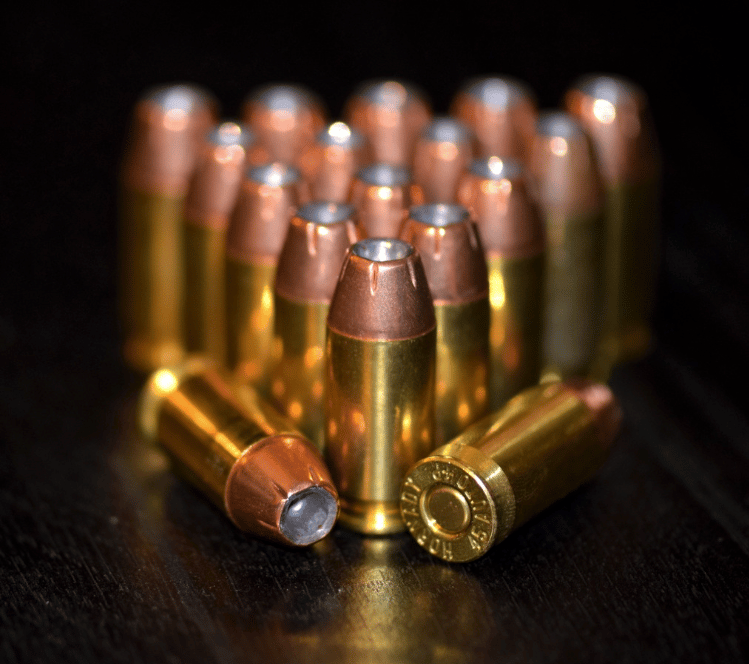 What is +P+ Ammunition?

If +P means overpressure, then what does +P+ mean?

Yes, +P+ ammunition is rare, but that doesn’t mean it’s nonexistent. What it does mean is that it exceeds the +P standard. It also isn’t given a pressure ceiling under SAAMI. So, anything over 38,500 PSI is considered +P+ ammo.

And just like +P ammo, it’s got more charge and should have more energy, more stopping power, and it’s also going to cost you more money.

Just like +P, considering this has even more pressure, it’s not compatible with all firearms. Check your user/owner manual or call the manufacturer to determine if you can fire +P+ ammo through your firearm.

Is Overpressure Ammo Bad for my Gun?

The answer is, it depends. I know you probably don’t like that answer. But, it depends on your gun. Some firearms just aren’t built to take the higher pressure rounds. If you try to fire higher internal pressure rounds through a gun that can’t withstand that extra pressure, then you could end up with damage to your firearm, and you could even injure yourself.

If you aren’t sure about your particular gun, the best thing you can do is talk with your firearm manufacturer and ask if it can shoot +P ammo. Or check the user manual, assuming you didn’t throw it away—the information is likely to be in there, depending on how old the firearm is.

A good rule of thumb, and maybe you’ve seen it but don’t know what it means, but you probably shouldn’t fire +P or +P+ ammo through a LC (lightweight, compact) pistols.

As you can see +p ammo is a fast-track way for ammunition manufacturers to meet the constant quest for improved terminal performance.

Modern +P ammo specifications use tested pressure limits that, for the most part, avoid the safety issues with firearms. Just remember that poorly constructed firearms or ones in questionable condition should not be used with +P ammunition. When used in +P rated firearms, +P ammo will provide improved terminal ballistics over a standard load in your self-defense handgun.