Winchester Black Talon ammunition was released by Winchester and debuted at SHOT Show in 1991.

Unfortunately, Winchester stopped producing Black Talon ammunition in 2000, which only fed into its mystique.

A common misconception was that it was produced with a black Teflon coating. Not true. In all actuality, it was a special black coating with the purpose of preserving barrel life.

And no, these rounds were not armor-piercing, despite what urban legend says.

The Winchester Black Talon was the answer for a more effective hollow point duty round demanded by the FBI following the 1986 Miami, FL shootout.

The two bank robbers (William Matix and Michael Platt) were armed with a Ruger Mini 14 chambered in .223, 12 gauge shotguns, and .357 revolvers.

Despite being riddled with bullet holes from the FBI agents, Platt was able to continue firing back. At the end of a nearly five-minute shootout and over 140 rounds fired, five FBI agents were wounded and two (Jerry Dove and Benjamin Grogan) were killed.

The FBI agents had loaded jacketed hollow point bullets into their .357 Magnum revolvers. However, after medical examiners performed autopsies on the bodies, it was discovered that one bullet stopped just less than an inch from the heart. John Hall, the FBI Firearms Training Unit Director at the time called the tragedy "an ammo failure".

As a result, the FBI began the search for a more capable sidearm and more effective ammunition. The after-action report of the shootout also set a new precedence for the protocol on ammunition evaluation and testing.

For ammunition to pass the FBI Test Protocol, it must meet a minimum of 12 inches of penetration in ballistics gelatin, but no more than 18 inches. Additionally, it must penetrate clothing including heavy jackets, denim, and leather.

The round is a traditional hollow point design, but with a reverse taper. The reverse taper refers to the bullet’s jacket being thicker at the tip than at the base. This enhances rigidity which allows the sharp "talons" to remain perpendicular to the wound path.

This is unlike traditional hollow point designs where the expanding jacket petals peel back almost completely behind the expanded mushroom shape.

What sets the Black Talon apart is its six sharp “talons" designed to unsheathe once inside the victim’s body, thus tearing the wound channel to pieces.

At the time, Winchester’s Black Talon was one of, if not the most effective hollow point duty round you could buy.

Why Was Black Talon Discontinued?

Two high-profile mass shootings in 1993 led to the demise of Winchester Black Talon ammunition. In December, Colin Ferguson killed six people and injured 19 more on a train in New York. He reportedly loaded his handgun with Black Talon rounds.

Seven months later, Gian Luigi Ferri loaded his gun with Black Talon ammunition and walked into a law office in San Francisco, California, killing nine people. Time Magazine described the Black Talon rounds as a bullet "designed to unsheathe its claws once inside the victim’s body and tear it to pieces." A surgeon in Houston said Black Talon rounds "explode inside a person like a thousand razor blades."

When a hollow point bullet hits a soft target, it expands to what looks like a flower with petals. This expansion creates a larger wound channel. When the Black Talon expanded, it resembled talons, essentially creating a massive wound channel. The larger the wound channel the more likely the threat will drop quicker.

In fact, for the first two years, Black Talon was on the market it received an award from Shooting Industry magazine for its effective lethality.

Nowadays, people still claim Black Talon was the best defensive handgun round.  Even though it can be found on sites like GunBroker for a premium, people are still in search of a modern-day equivalent.

You’ll likely not hear this directly from Remington, but the Golden Saber round is designed to expand very similarly to the Black Talon. Previously only offered to law enforcement, Speer Gold Dot G2 offers the ultimate performance for self-defense thanks to an exclusive nose design. Instead of a large hollow-point cavity, Gold Dot G2 has a shallow dish filled with a high-performance elastomer.

On impact, the material is forced into engineered internal fissures to start the expansion process. The result is extremely uniform expansion, better separation of the petals, and more consistent penetration across barrier types through full-size handguns. A large mechanical jacket-to-core InterLock band works to keep the bullet and core from separating for maximum weight retention, while the Flex Tip eliminates clogging and aids bullet expansion. The core is made of high-antimony lead making it extremely tough, delivering controlled expansion for unparalleled terminal performance. Additionally, some recommend the Federal HST as a great modern-day equivalent to the Black Talon.

Its specially designed hollow point won’t plug while passing through a variety of barriers, and the bullet jacket and core hold together to provide nearly 100 percent weight retention through even the toughest materials. 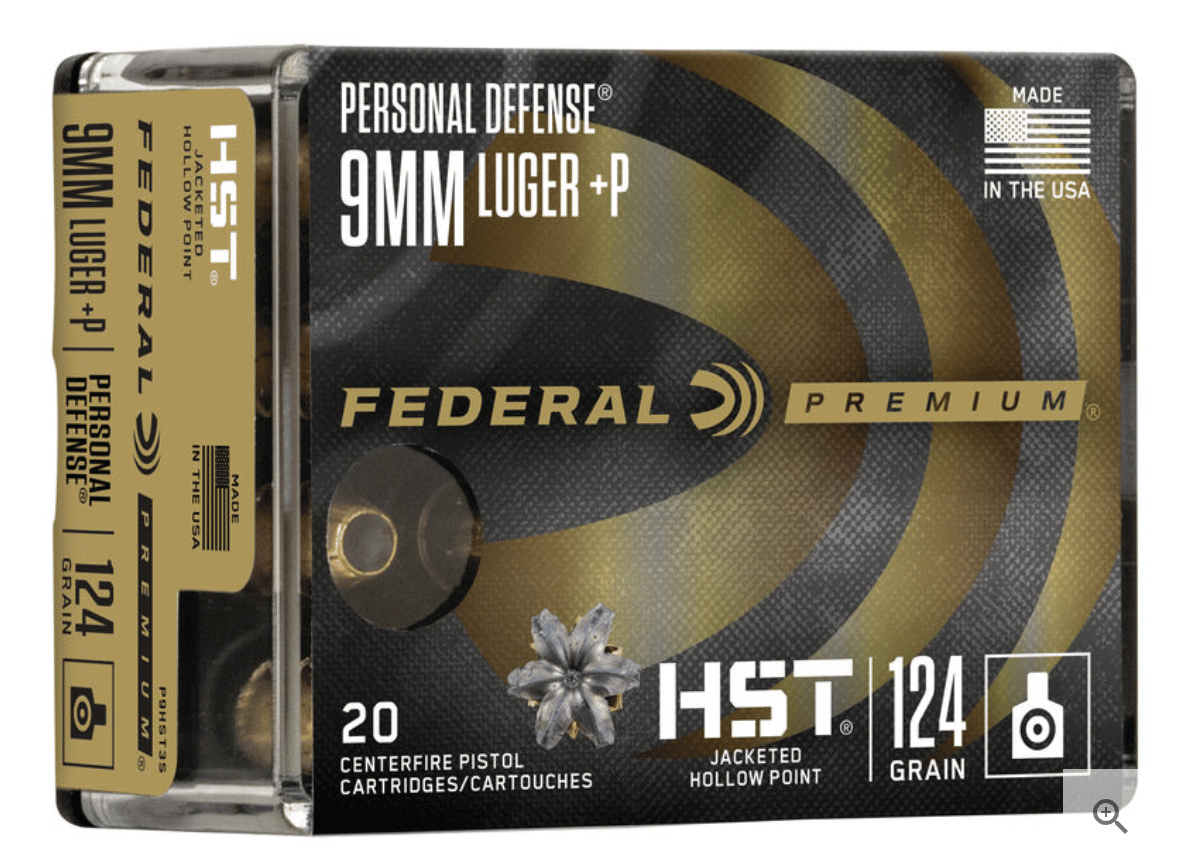 What Ammo Does The FBI Currently Use?

The FBI has awarded Hornady with a fixed price indefinite-delivery/indefinite-quantity (IDIQ) agreement for its 9mm +P 135-grain Critical Duty ammunition. 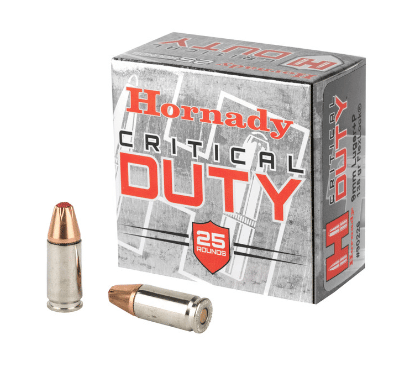 $34.99
at Bereli
VIEW DETAILS
Prices accurate at time of writing

Winchester Black Talon is arguably the most aggressive and most lethal hollow-point round ever designed due to the sharp petals that expand when it makes contact with the human body.

Although not available anymore, you can get comparable performance, if not better, out of the above alternatives.