How many of you have ever heard of the Walther P99? The Walther P99 is produced by the German gun company, Carl Walther GmBh Sportwaffen of Ulm or simply, Walther Arms. Carl Walther created this company in 1886 and has been producing firearms for over 100 years. The P99 is was introduced in 1997 and has intrigued shooters all around the world with its unique firing system, design, and incredible accuracy. As we review the original P99, we will also go into the different models to give you the best shot at buying the best pistol for your needs.

As much as we don’t like stereotypes, there is some truth to some of them, including the prowess of German engineering. All you have to do is ride in a BMW or Mercedes if you have any doubts about their ability to engineer a product better than anyone else. Personally, I’d rather own a Tesla, but if I could ever afford one, a Mercedes would have to be at the top of the list. If you’re a beer drinker and you’ve never had an Ayinger beer, it doesn’t matter what style you have (Brauweisse is the best), they’re all incredible. When it comes to weapons, we don’t have to go too far back to figure out how incredible they are at engineering weapons (WWII). All the stereotypes and history aside, Carl Walther was ahead of his time in many ways. As he began creating guns in the 19th Century, he wanted to set himself apart from his competition by pushing the envelope on the capabilities and design of a pistol. Although he wasn’t able to see the P99, he undoubtedly would have been very proud.

The P99 is a semi-automatic, short-recoil breech pistol that uses the Browning cam-lock system of operations.  The P99 was made with a glass fiber reinforced polymer frame with a steel slide to cut down on the overall weight of the gun. This description can be found anywhere online; however, most bloggers are too lazy to actually explain to you what any of this means. Here at RE Factor, we strive to educate you on the important details and let you decide for yourself if this is a pistol that you want.

A short-recoil operated pistol is one that the barrel and the bolt are locked together, and as the trigger is pulled, they move together for a few millimeters before they separate, and the bullet exits the barrel and the cartridge is ejected from the chamber. This recoil operation allows the pistol to be handled easier because the felt recoil is significantly reduced versus a blowback-operated pistol. The biggest difference between a Walther pistol and most American made pistols is the internal striker. The P99 has an internal striker, instead of an external hammer, as you can see in the picture below.

This revolutionary design was engineered to make the pistol safer by forcing the slide to be pulled back. If the pistol is fired from the double-action mode, the trigger pull is about 9lbs; however, if you cock the slide back and fire from the single-action mode, the trigger pull weight is only 4 lbs. As impressive and revolutionary as the operation of the gun is, the specifications are equally impressive. Weighing only 1.3 pounds and 7 inches long, this pistol is very easy to conceal and carry comfortably on your hip or shoulder holster.

The P99 comes with a 15-round mag, but you’ll have an option of going up to a 20-round or down to the 10-round mag.  Try to keep in mind that the gun will weigh a few ounces more if you go up to the 20-round mag and will drop a few ounces with the 10-round mag. We recommend trying them out at the range and see which size mag you’d prefer to carry with you. Personally, I love the 15-round mag because it seems like it fits better, and the weight distribution feels better. However, just like anything in life, what works for me won’t necessarily work for you. As far as the feel of the gun, the width of the grip is perfect for my smaller hands. At 1.1 inches wide, anyone, regardless of the size of your hands, can comfortably grip this gun and fire it accurately.

Why You Should Buy The Walther P99?

Have you ever bought something and looked where it was made and thought to yourself, “no wonder it doesn’t work”? The Walther P99 will give you the confidence and comfort that you deserve at an incredibly fair price, especially for a foreign-made product. This gun is easy to shoot, incredibly accurate, has very light recoil, and is made to be durable and reliable for decades. If any of these attributes interest you, then don’t hesitate to buy a superior made product from the world’s best engineers. 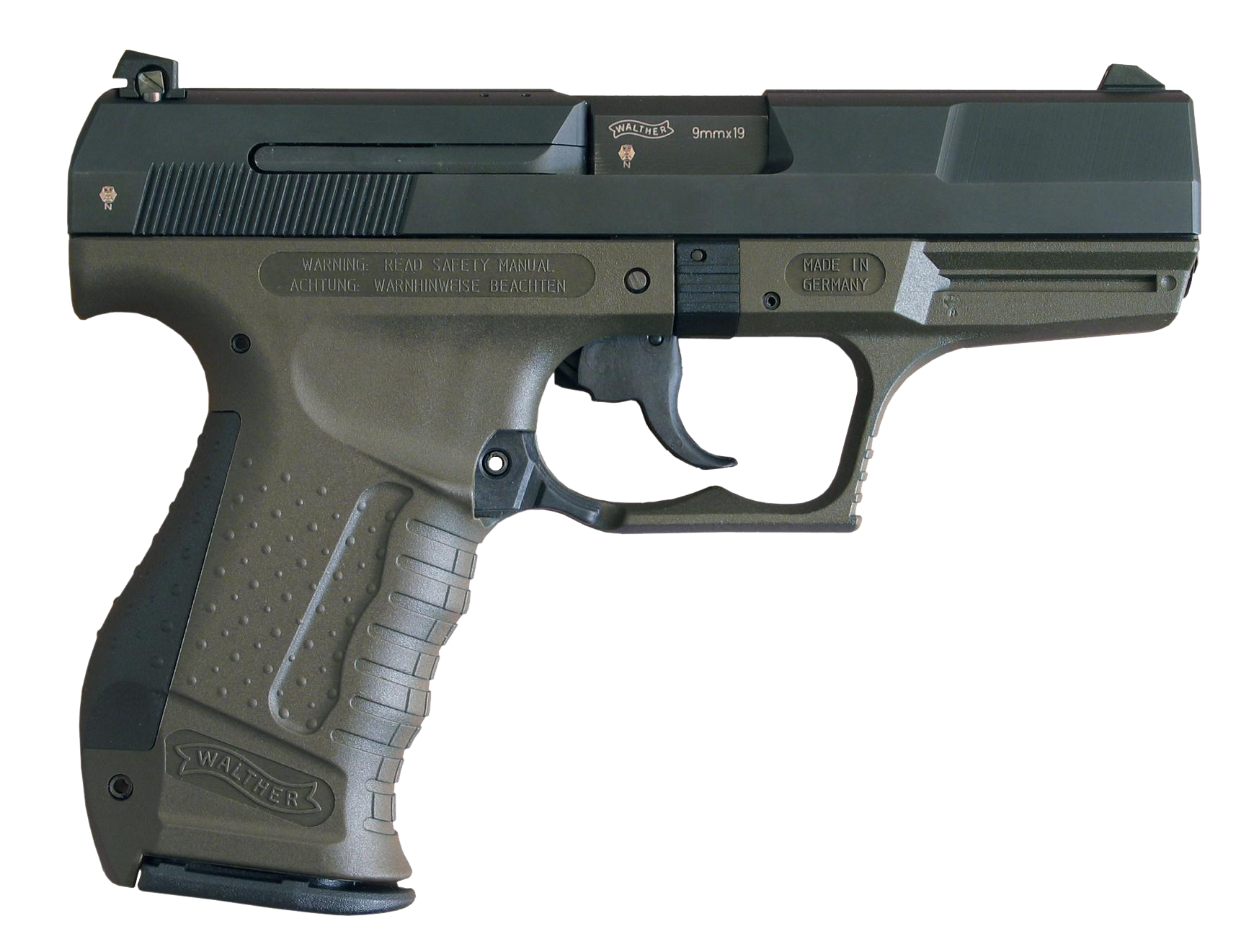 The original P99 came out in 1997 and revolutionized the gun world with it’s new and technologically advanced design. The P99 AS (Anti-Stress) pistol is built around the frame of the original P99 but made with a new trigger system in 2004. This new trigger system is based around the traditional double-action, single-action pistols we all know and love. The Anti-Stress trigger is one of the most advanced and awesome characteristics I’ve ever seen in a pistol because of the limited effort needed to operate the gun.

This model fires in double action with an 8.5 lb trigger pull and single action with a 4.5 trigger pull. To activate the Anti-Stress trigger, all you need to do is pull the slide back 10mm, which causes the gun to be put in single-action. The P99 AS model is virtually the same gun as the original, except with the addition of the new trigger assembly, a little wider to contain that trigger assembly, and it’s a little heavier.  However, you’ll never notice any difference in the weight unless you hold both guns in each hand. Either way, it’s well worth it to have the Anti-Stress trigger. This gun was designed to be the main carry weapon of law enforcement officers and special operations military members. You can find these pistols for less than $500 if you’re willing to search the internet long enough. We recommend this pistol for anyone who needs a carry pistol that is dependable, durable, accurate, and displays some of the best technology in the gun world.

The PPK is known as one of the sought after concealed carry pistols in the world, with hundreds of thousands in Europe and North America buying this gun.  Although this is not a P99 model pistol, we thought it would be worth including due to its popularity and application. The PPK is only 6 inches long and weighs less 1.5 lbs fully loaded, which makes it light enough to carry concealed for long periods. It’s only 1 inch wide, which makes this gun universal in regards to the hand size of the shooter. Some people may be drawn away by the 6-round capacity, but you have to understand the purpose of this handgun. This gun was designed to be concealed by undercover police officers or federal agents as a secondary pistol.

This gun is designed to be fired from close range, and the .380 ACP ammo it shoots will provide enough stopping power to destroy your target. Many people have issues with the trigger pull of the PPK, but I think it’s a necessary attribute to the gun.  In Double-Action, the gun has a 13.5 lb trigger pull and a 6.1 lbs trigger pull in SIngle-Action. There is no getting around how heavy of a pull this is, and many shooters can easily pull their shots with this heavy of a pull, but the small size of the pistol masks some of that weight on the trigger.

Personally, I think the trigger pull could be lightened up some. However, it’s so easy to completely control the gun that you’ll barely notice the added weight. This added weight to the trigger helps with preventing accidental discharges while carrying this inside a shoulder holster and accidentally getting your gun caught on something if it’s on your hip. If you’d like to find other concealed carry pistols, read this blog for guidance on some of the best on the market. We recommend this gun for anyone wanting to carry a concealed weapon, especially women who can easily fit this in a purse without it being too bulky. 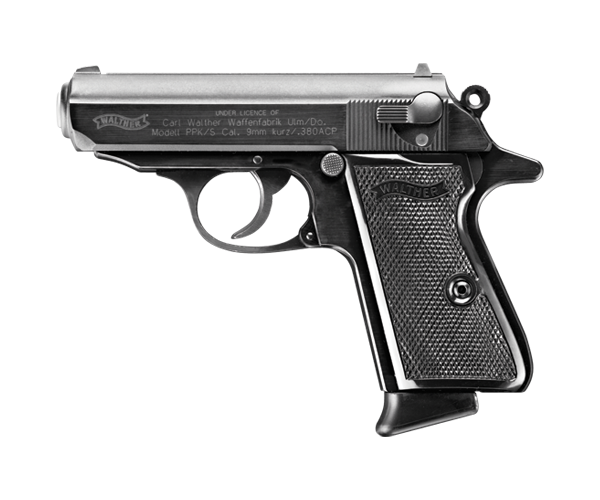 Accessories for the P99

Accessories are all about personal preference and how each individual wants their gun to be setup. The accessories that we believe will make the most difference for you are the ones that give a better sight picture and grip of the gun. For bigger shooters, a 1-inch wide gun can be detrimental because their hands wrap too far around the grip and can easily cause them to pull shots.

This grip extension easily attaches to the base of your pistol without the need for any added tools or professional help. As we’ve mentioned before, some shooters may feel this gun is too small and hard to handle because they have larger hands than most, but this grip corrects all those issues. This grip extension adds inches to the grip so bigger shooters can come down on their grip and have more surface area to gain more control, which significantly increases the accuracy of the gun. We would never recommend this attachment unless its really needed because it can throw off the feel of the gun if you have average or smaller hands. This piece is only $15 at most online stores and can be a game-changer with your P99 pistol. Many people suggest that green is easier to process on the eyes than red, which gives the shooter quicker target identification. With the P99 being made for law enforcement and military, time is a matter of life and death, so don’t hesitate to buy one of the best laser sights on the market. Crimson Trace is one of the best names in the gun world and is trusted by millions of gun owners across the globe. With 2 full hours of constant light and an auto-shutoff after 5 min of being stationary, you’ll have the light you need when you need it. 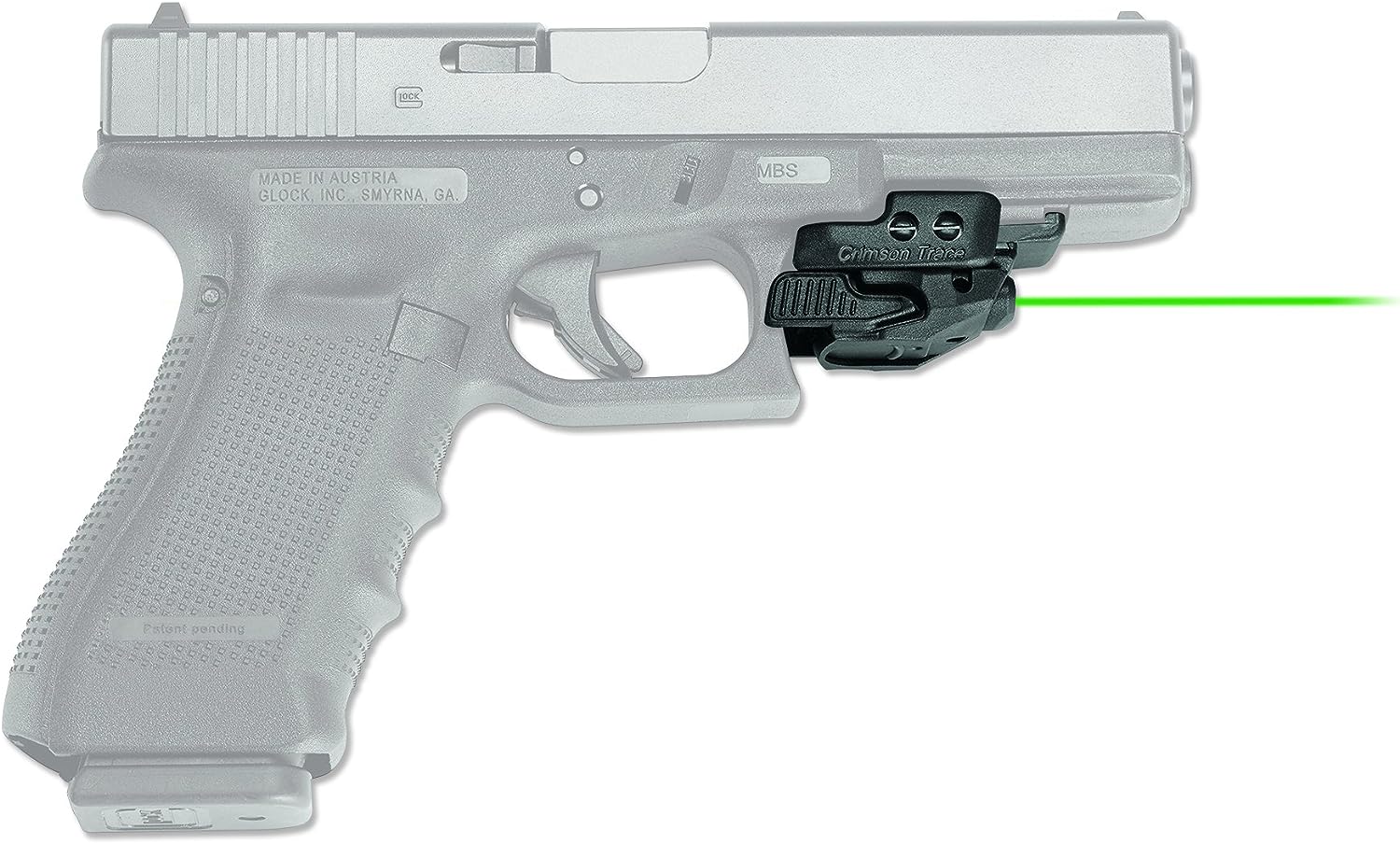