5 Advantages of Using a 22 Suppressor

When it comes to shooting, there’s a handful of accessories that can really enhance your day at the range.  Chief among them is a good suppressor!

If you’re planning on upgrading your .22, there are a few good reasons you should consider picking up a quality .22 suppressor.

5 Reasons To Consider a 22 Suppressor

It is easy to think that if a rising tide lifts all boats, it should lift all boats equally.

When it comes to using a suppressor on your guns, however, some calibers benefit more than others.  The caliber that benefits the most is arguably the venerable .22 LR. 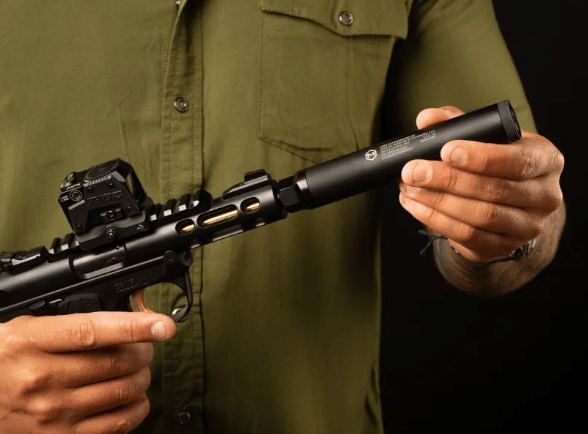 Here are 5 reasons you should consider adding a .22 suppressor to your collection.

This might seem a little silly with a .22 right?  We’ve all heard (or said) “I’ve been shooting .22s for years without ear protection.  They’re not loud, if you want loud you should hear my .300 win mag!"

Not so.  While a .22lr with standard velocity ammo isn’t far above the supersonic barrier, it usually comes in at over 140dB, the threshold for impulse noise hearing damage.

Combine this with the fact that .22lr is often the cheapest ammo you can find, and thus it’s the most likely you’ll shoot in bulk.

All hearing loss is cumulative, even if the ringing in your ears goes away.

If you live in any kind of rural area, there’s a good chance you’re dealing with pests of some kind.   Raccoons, certain birds, rats, and more can plague your garden or pantry.

Out here on the Hammer Homestead, we’re overrun with ground squirrels after the previous resident left the structures and fields largely unused for a decade.

Whether I’m taking a shot at a sprinting squirrel or dispatching one caught in the live trap, a suppressor keeps the event quiet enough that animals outside my immediate area stay active instead of going to ground and hiding until tomorrow.

That’s right, affixing a suppressor to your gun can increase accuracy.  This is for two primary reasons.

First, a suppressor can reduce harmonic vibrations in the barrel, increasing mechanical accuracy.

That flinch reflex mentioned above?  In my experience, it’s one of the biggest hurdles that new shooters face when trying to shoot accurately.

If the gun is hardly louder than a Red Ryder bb gun, it’s much easier for a novice to focus on their position, trigger squeeze, and sight alignment. 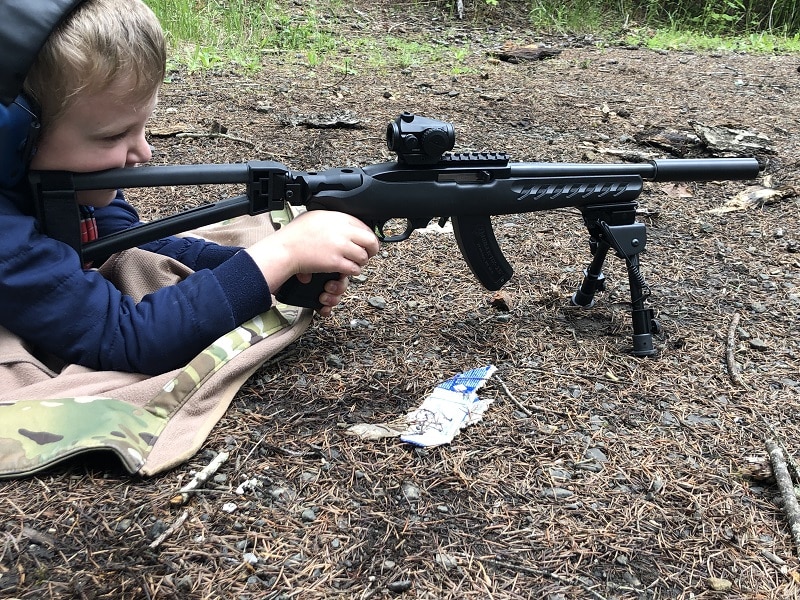 While I’m blessed with few neighbors, all of whom enjoy shooting, not everyone has such an advantageous arrangement.

Many have neighbors who will not hesitate to call law enforcement every time they hear a gunshot.  Maybe they’ll just call in a noise complaint, or maybe they’ll misrepresent the situation as a dangerous event.

Even if you’re totally in the right, having the man show up uninvited is still a hassle none of us should have to deal with.

How Quiet is a Suppressed 22?

Around 115 dB.  This is a combination of ammo, suppressor, and host (gun).   This is a reduction of around 40dB, which represents a major difference in sound pressure levels at the shooter’s ear.

What is subsonic 22 ammo?

Subsonic .22 ammo is designed to stay under the speed of sound.  These rounds exist to maximize the potential of suppressors, as bullets travelling at subsonic speeds lack the sonic boom that supersonic projectiles cause.

How fast is subsonic 22 ammo?

These rounds from CCI are the standard for reliability, lethality, and noise from a rimfire cartridge. These less expensive rounds from CCI still perform well, and with a minimum of noise.

These little lead nose rounds are among the quietest I’ve shot, and they group well in all my .22’s. $13.99
at Guns.com
VIEW DETAILS
Prices accurate at time of writing

Best 22LR Suppressor For The Money?

Simple. The Maxim Defense DRF-22. We have an extensive blog post on why the DRF-22 is one of the most exciting .22 suppressors to come out in a long while.

The long story made short is that the DRF-22 is an incredibly feature-heavy suppressor, in a light package, selling for a very reasonable price. 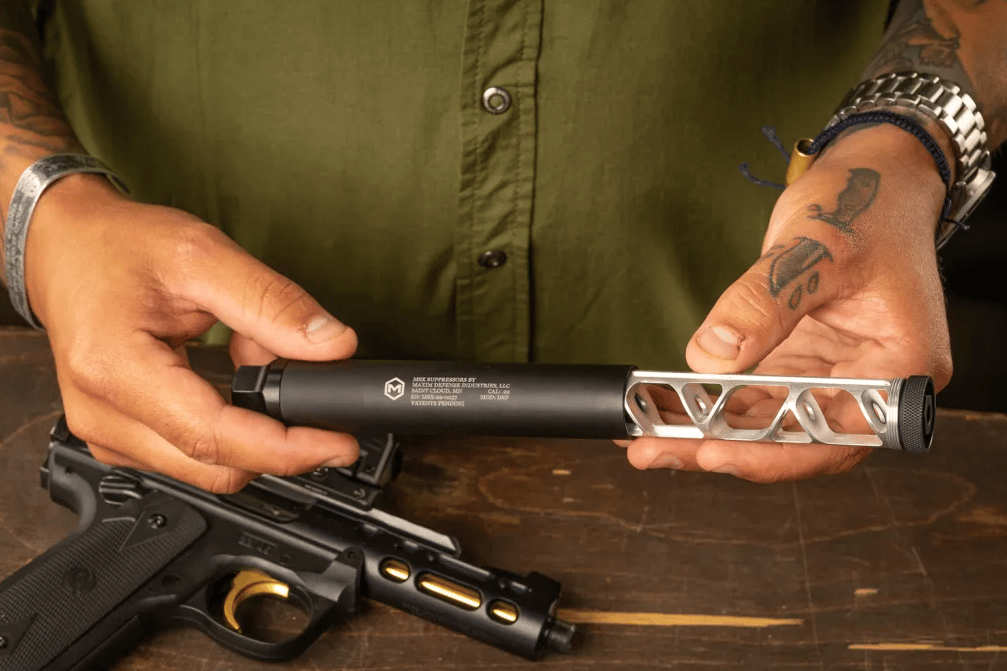 If I could only buy one .22 suppressor It would absolutely be the Maxim Defense DRF-22.  Here’s why.

I owned a gun shop for years and got to test fire (with my customers) nearly every suppressor that came through my door.  I’ve owned a bundle of different .22 cans, and shot them on a wide variety of rifles and pistols, using an even wider variety of ammo.

Most .22 suppressors have a glaring weakness.  Maybe a proprietary tool is needed for disassembly.  Maybe you get good suppression, but terrible first-round pop.  Perhaps you choose a low price, with questionable construction.

If you’re going to go through the NFA purchase process, the old adage of “buy once, cry once" holds especially true.

Getting a top-flight suppressor, from a well-known manufacturer, at a reasonable price, is really all a gun owner can ask for.  The DRF-22 absolutely fills that role.

Check out our blog post on the best .22 suppressors to learn more about how the DRF-22 stacks up against cans from Rugged, OSS, and more.