In one of the largest advancements in U.S. military small arms in nearly 65 years, the U.S. Army awarded a major contract to SIG SAUER; The NGSW (Next Generation Squad Weapons System).

The SPEAR XM5, based on the SIG MCX platform, is intended to fill the role of the M4 Carbine while the SIG-LMG (XM250) Light Machine Gun will replace the M249 Squad Automatic Weapon; two weapons that have been on the battlefield for decades. SIG SAUER is honored to be awarded the Next Generation Squad Weapons System (NGSW) Contract by the U.S. Army after a rigorous 27-month testing and evaluation process.

“The U.S. Army is taking a bold step toward command of the 21st century battlefield and SIG SAUER is immensely proud to be the selected provider for this historic revolution in infantry weapons. The fielding of the SIG SAUER Next Generation Squad Weapons System will forever change the dynamic of military engagement for America’s warfighters with American innovation and manufacturing,” began Ron Cohen, President and CEO SIG SAUER, Inc.

The Army selected the SIG SPEAR which is a large frame version of the MCX Carbine used by the U.S. and foreign SOF and features selective fire and ambidextrous controls. The new belt-fed machine gun is lighter than the currently issued SAW and has a lower recoil impulse than the M4 Carbine. Additionally, the system includes suppressors for both weapons. Rumor has it the contract ceiling has room to buy over 500,000 rifles and almost 80,000 belt-fed machine guns over a 10-year period. 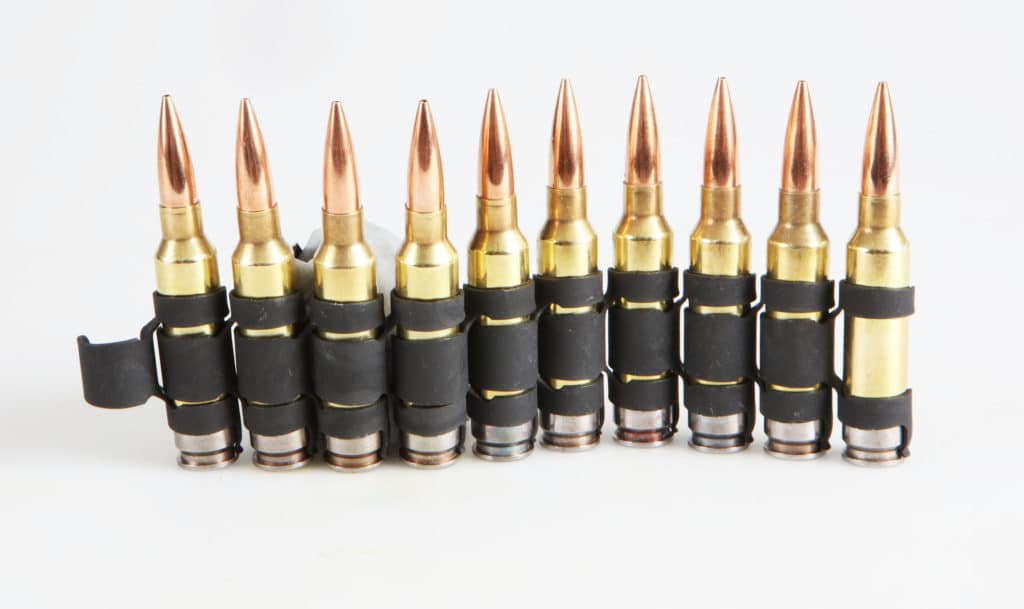 The SIG-LMG lightweight belt-fed machine gun and SIG MCX-SPEAR Rifle are purpose-built to harness the energy of the SIG FURY 6.8 Common Cartridge Ammunition enabling greater range and increased lethality while reducing the soldier’s load on the battlefield.

Both the SIG-LMG and MCX-SPEAR deliver significant weapon and technology advancements to the soldier and provide a solution for battlefield overmatch in comparison to the current M249 and M4/M4A1.

The U.S. Army’s procurement of the NGSW System marks the beginning of an era where combat weapons are coupled with a suppressor as standard issue equipment.  The SIG SLX Suppressors are designed to reduce harmful gas backflow, sound signature, and flash.  SIG SLX Suppressors feature a patented quick-detach design for easy installation and removal. In the following video, SIG SAUER’s Jason St. John discusses SIG’s next generation of suppressors, the SLX and SLH line. St. John dives deep into the evolution of these revolutionary suppressors and how they have been optimized to limit the toxic gas blowback that is typical when shooting with suppressors.

This dramatic advancement in technology available with the SLX and SLH series of suppressors was realized through the wholesale transition of the SIG SAUER product line to new manufacturing techniques using Direct Metal Laser Sintering (DMLS) resulting in the most innovative suppressor technology on the market today.

“We commend U.S. Army leadership for having the vision to undertake this historic procurement process to deliver a transformational weapon system to our warfighters.  This award is the culmination of a successful collaboration between SIG SAUER and the U.S. Army, and we look forward to the continuing partnership,” concluded Cohen.

SIG SAUER is a company that is driven by innovation and we are proud to offer the advancements of the NGSW System in the SIG 277 FURY Hybrid Ammunition (the commercial variant of the SIG 6.8×51 FURY Ammunition round), SIG MCX-SPEAR Rifle, and the SIG SLX Series of Suppressors available to the consumer.  For more information about these products visit sigsauer.com.