You might not have known this, but Sig Sauer has recently released the new P365 SAS. With one look, you can tell this pistol is quite a bit different than most concealed carry style handguns on the market.

First off, the SAS, which stands for Sig Anti Snag, is true to its name. Everything about this pistol is “anti-snag.” Not only is the magazine release and slide catch made flush with the slide, but there’s no traditional front or rear sight.

The lack of a front sight not only takes away a snag point, but it also leads to a ported barrel and slide to reduce recoil and muzzle flip. You can watch the video below if you want to learn how to aim this “sightless” pistol. 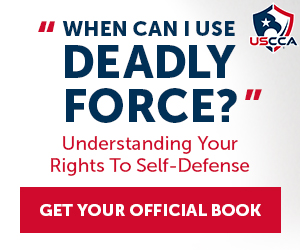 The biggest complaint most people are talking about is with the sights, or maybe we should say lack-of. It’s definitely different than what most people are used to. But, without traditional sights, it is truly anti-snag. However, most people are questioning how often a pistol will snag on something because of the front or rear sights.

“The P365SAS was designed for the serious CCW user who truly understands the value of smoother draws, faster sight acquisition, and more effective engagements at realistic distances.  This pistol does just that by taking the concept of the SIG Anti Snag (SAS) treatment to a whole new level.  With the incorporation of the FT Bullseye sight embedded into the slide, the P365SAS does away with the need of a primary snag hazard of all pistols…the front sight.  With the assistance of fiber optics during the day and tritium in low light, the user can now obtain a crystal clear high-visibility bullseye sight picture at real-word engagement distances faster than ever before.  The ported barrel and slide results in up to 30% less muzzle flip and zero front sight fouling, since there isn’t one.  The flush slide catch and takedown levers ensure absolute smoothness and zero snag risk.  After shooting the P365SAS, sights will never look the same.”

The main controversy with this particular weapon is the inability to release the slide after you’ve shot the last round, using the slide release or slide stop. After firing the last round, the slide should lock to the rear. This is the most obvious way of knowing you’re out of ammo and need to reload during a firefight.

The next step would be to release the empty magazine and replace it with a new magazine, or simply put, reload. If you’re used to shooting the military-style M9 Barretta, you’ll release the slide using the slide release, as with pretty much all pistols of this style. The slide returns and the weapon remains cocked. Because of this, all you have to do is pull the trigger and a new round will fire. However, the Sig P365 SAS was not built for this type of reload. Instead, the shooter must slingshot the pistol.

Slingshotting a pistol typically requires two hands (typically because you can get creative with a hard surface). However, the question here is, how are you supposed to reload and continue in the fight if one of your hands becomes indisposed and there isn’t a hard surface around? Again, you can get creative here, but it takes more time, whereas a slide release would not only be effective, but quicker when you only have one hand.

When in a life-threatening, high-stress situation, slingshotting can create some less than ideal situations. For example, when you go to grab the slide and pull it to the rear and charge a new round into the chamber, there is the opportunity to de-cock the handgun. Of course, this does not apply to every pistol on the market, but it is a huge concern. Because when your life is at risk, the last thing you want to do is accidentally create a dead trigger.

With a slide release, the likelihood of accidentally decocking a firearm is minimal. But, that doesn’t mean it doesn’t come with its own set of cons.

Pros of Using the Slingshot Method

Cons of Using the Slingshot Method

Difference between the P365 SAS and P365

Compared to the P365, there are some slight differences. Besides the obvious anti-snag, meaning no traditional sights and a flush trigger stop and magazine release. These differences change the hight of the pistol from 4.30″ to 4.10″. Below are the specs for the P365. Overall, you can see, there isn’t much of a difference between the two pistol variations.