Here’s A Look at The Tax Stamp, A Key Event to The Revolutionary War

As the birthday of our great nation approaches we wanted to take a look back at The Tax Stamp, a key event among many that led up to the Revolutionary war.

In 1765, Britain imposed the Stamp Act on Colonialists living in the Americas.  The British declared that many printed materials must be produced on stamped paper.  The stamped paper was provided by the British and carried an official stamp much like today’s mail services.  Printed materials requiring the tax stamp included legal documents, newspapers, playing cards, and other documents distributed throughout the colonies.  The British needed Colonialists to purchase the tax stamps with official hard British currency, something that was scarce at the time. 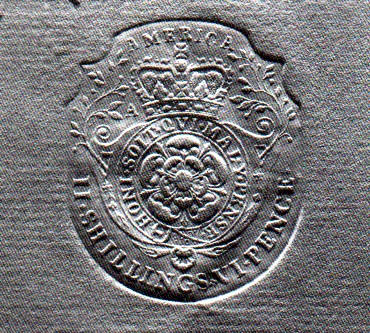 The British used the Stamp Act as a way to raise revenue to help pay for troops stationed in the Americas following the French and Indian War.  The Colonists argued that the troops offered no value since the French threat subsided following the war and local militias were able to keep the Native Americans at bay.  However, the British refused to pull back stationed troops to England, mainly because it would cause thousands of career soldiers to lose their jobs.  Instead, the British felt it necessary to heavily tax Colonialists through some avenues to include the much-disputed tax stamp.  The move led to intense protests by the Colonialists and in many regards represented the first signs of an emerging revolution.  In the end, The Colonialists argued they had no representation for their taxation.  According to the British Constitution, citizens could only be taxed if the tax was approved by their elected official within the British Parliament.  The British imposed the Stamp Act with no representation or approval of the Colonialists.  This, in turn, led to the famous revolutionary cry “no taxation without representation.”

To combat the Stamp Act the Colonialists took to the streets and several anti-colonial groups, such as the Sons of Liberty, began to push back against colonial rule.  The Colonies established the Stamp Act Congress, with representatives from each colony, designed to oppose the unrepresented tax act formally.  This was the first time the Colonies officially worked together to oppose the British rule and was an essential step towards unification.  The Stamp Act Congress eventually turned into the Continental Congress, the predecessor to our current Congress.  In many ways, the Stamp Act was the first joint act of the now United States of America. 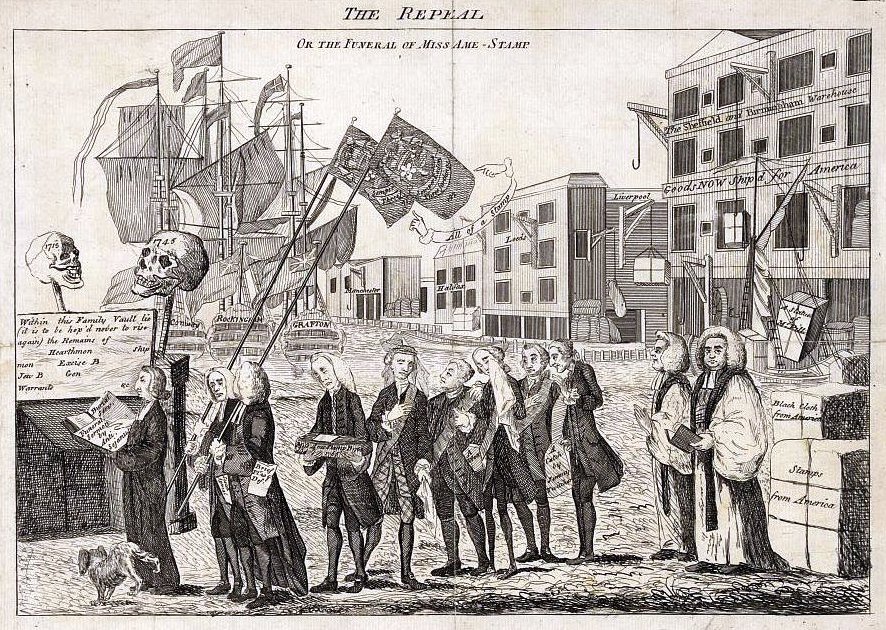 During the Stamp Act, many newspapers printed political cartoons to oppose the tax and colonial rule.  One popular image is the one below that is also featured on our t-shirt. 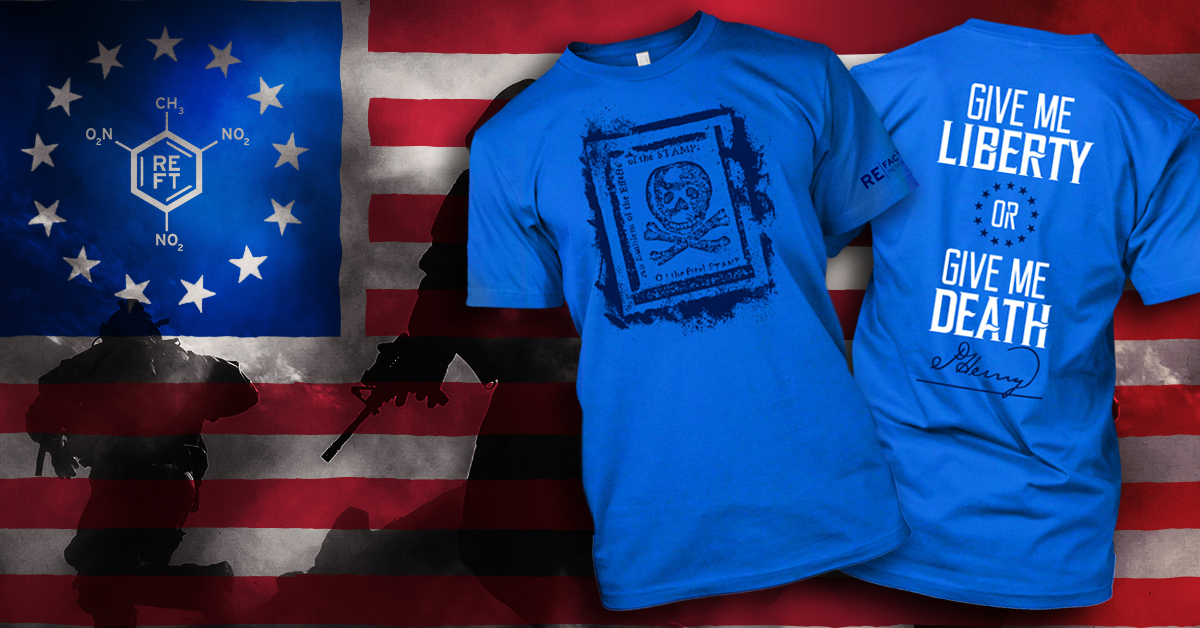 We also included the famous quote by Patrick Henry “Give me liberty, or give me death.”  Patrick Henry gave this speech ten years after the Stamp Act in 1775 and is considered to be the speech that led to the approval of Virginian troops being used in the Revolutionary War.