The Mossberg MVP Series rifles are an AR-15 Magazine fed bolt-action rifle that is equipped with state of the art technology. The MVP series is built to be your primary hunting rifle and still capable of performing in competition shooting. The durability, premium materials used, and unlimited features, makes this rifle a must-own for your collection. The MVP series rifles are all magazine fed with an AR-15 style magazine for quick and easy reloading. The Mossberg MVP rifles are chambered in almost every caliber round you can think of and even some rare calibers, such as the .224 Valkyrie. Whether you’re looking for a hunting rifle, competition rifle, or a self-defense AR-15 style rifle, the Mossberg MVP series has you covered.

The Mossberg MVP Light-Chassis (LC) is one of the most sought after rifles in the Mossberg MVP collection. The LC model is designed to be as light as possible while still being able to handle the heavy 7.62mm NATO bullet. This rifle is equipped with as many after-market features as possible to accommodate the needs of all shooters. Built around the famous MDT LLS light chassis aluminum stock, the MVP LC is light, but incredibly strong and durable. The LC model is also equipped with a Mil-Spec Magpul CTR Adjustable LOP Stock with an A-frame profile to reduce snagging. The barrel is threaded to be able to easily equip a silencer and the LBA trigger is standard in all MVP rifles. To top off the incredible features, the LC has a 1913 Picatinny Rail to attach any optic or scope for your specific purpose.

Why Should I Buy The Mossberg MVP LC?

The Mossberg MVP LC is perfect for use in self-defense (5.56mm), hunting (7.62mm), or competition (6.5 Creedmoor). The LC model is equipped with some of the best features you could ever ask for in a rifle. From the MDT LSS chassis to the customizable length of pull and trigger pull weight, this rifle is incredible, right out of the box. The barrel threading on the 5.56 model allows for easy installation of a silencer and the Picatinny Rail system provides room for every type of optic or scope. Whichever model you choose, you’ll get a great rifle well below the standard asking price of any other brand with these features.

Where Can I Buy The Mossberg MVP LC? 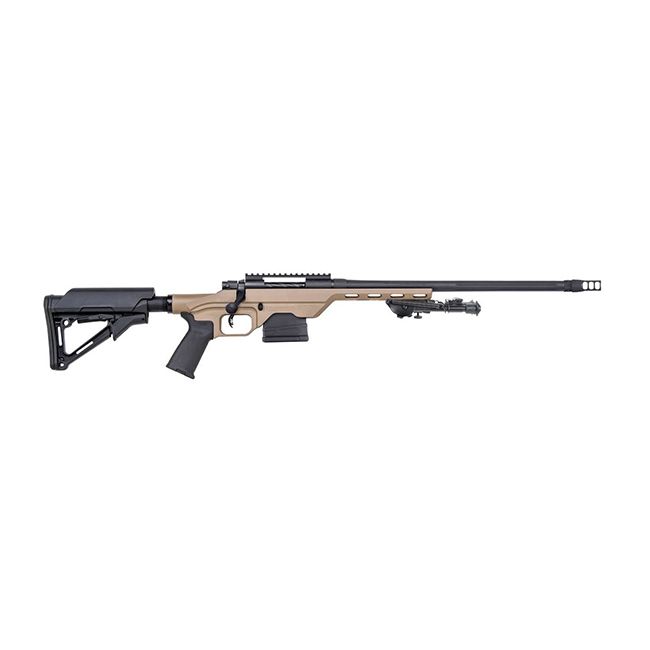 What is the Lightning Bolt Action (LBA) Adjustable Trigger?

The LBA adjustable trigger blade requires the blade to be fully depressed in order for the sear to release the striker. As you can see in the MVP LC model, the LBA blade is attached to the trigger and is used as a safety device. The LBA is made from aircraft-grade aluminum and hard-coat anodized to comply with military specifications requirements. The MilSpec requirements will ensure that the LBA trigger lasts longer and prevents corrosion from the elements. The best feature of the LBA trigger is you can adjust the trigger pull weight from 2-7 lbs with a simple turn from a screwdriver.

What is an MDT Chassis?

The MDT LSS Light Chassis system is specifically designed to be compact and lightweight for maneuverability and stability. The forend of the chassis is free-floated to improve accuracy and ergonomics by reducing felt-recoil. The whole chassis is built from 6061-T6 aluminum, which is essentially aircraft-grade aluminum used in commercial aircraft. This level of rigidness and flexibility required to handle air travel is used to control the force from the explosion of a gun being fired. The MDT LSS is designed to be placed on AR-15 style buttstock and will fit just about any rifle with an adapter.

Many people have never heard of Noveske ammo, but I am here to convert you to at least try his products. All Noveske ammo is produced by Nosler to ensure the highest quality materials are used for each bullet. For example, all casings are black nickel-plated to ensure every round is chambered as smooth as possible. Each round is inspected by a professional to ensure there are no discrepancies in the bullet before packaging. You’ll notice the white glow-tip and exceptionally smooth brass on every bullet from Noveske. It’s very expensive, but well worth the money if your life depends on your rifle working properly. 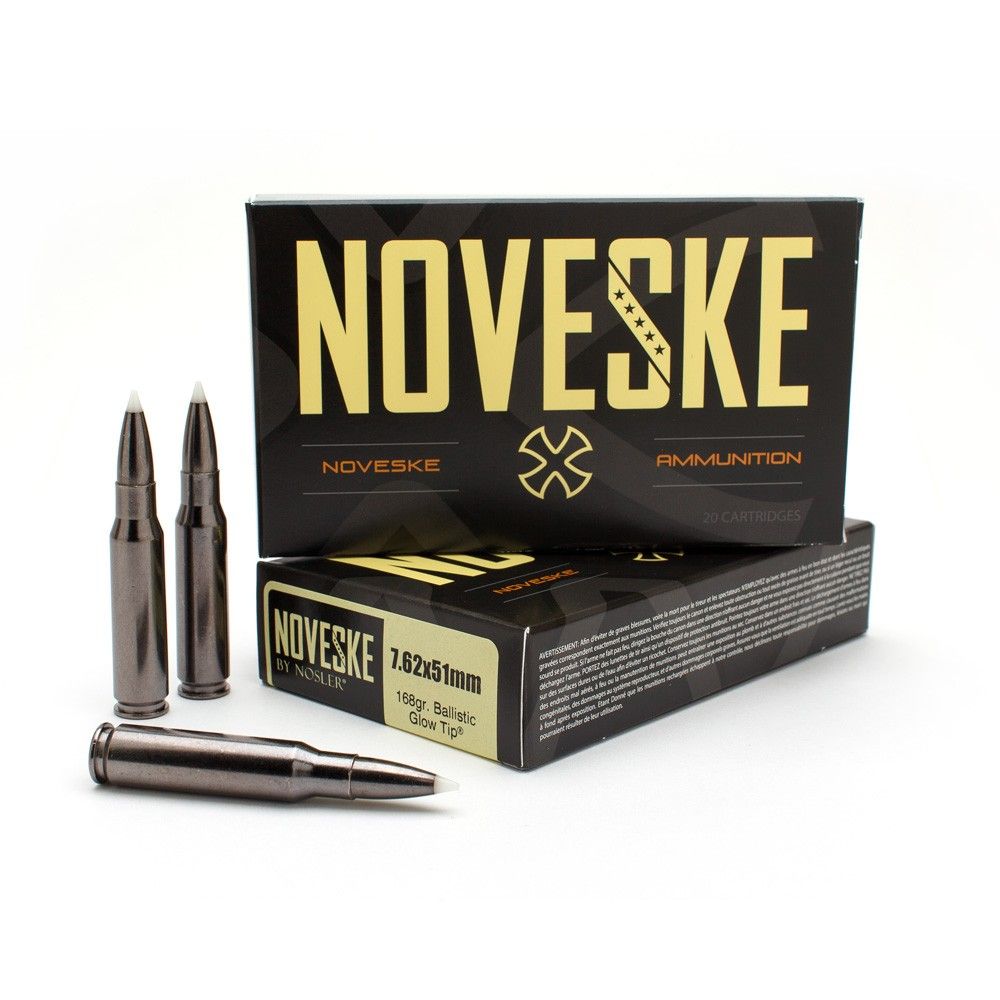 Winchester ammo is one of the most proven ammo companies in the world and never really disappoint me with any of their products. The Winchester Silvertip ammo is built with a polymer tip to prevent deformation and advance the expansion of the bullet. The Alloyed lead core ensures great weight retention for much deeper penetration through the deer than you’d get with a lot of ammo. The contoured jacket provides a consistent and rapid expansion to knock down any deer you hit with this bullet. Maybe I come across as lazy, but I hate chasing deer that I’ve shot through the dense woodlands of Virginia. I never want an animal to suffer at my hands so I trust premier ammunition to make sure that I kill them quickly. 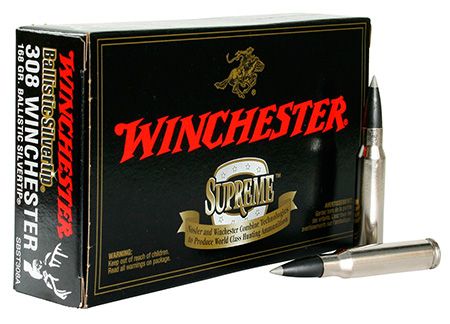 Black Hills ammo is made from copper and is known by shooters as one of the most consistent bullets on the market. Black Hills ammo is known to expand immediately upon impact, creating a larger cavity than most other 5.56mm ammo. This bullet is specifically designed to create the most damage possible to its target with its unique expansion rate and the width of the shrapnel spread inside the wound cavity. As the metal fragments cut through the soft tissue, the round is designed to penetrate further through your target for maximum impact. 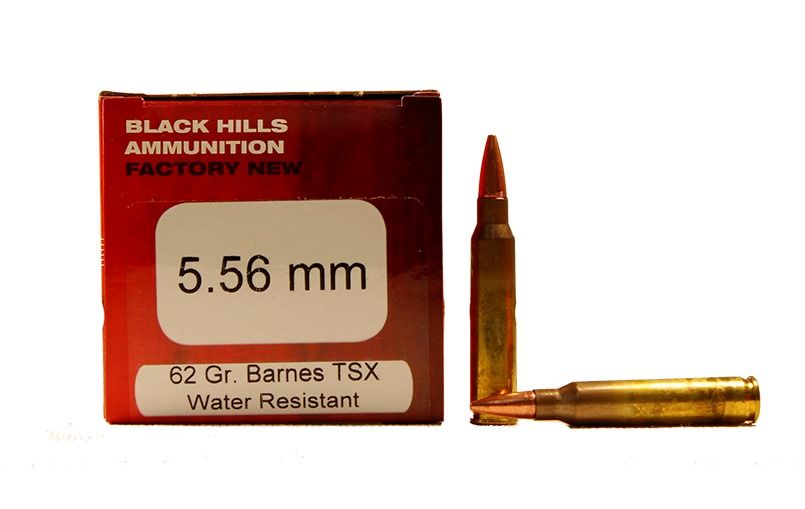 How Do I Adjust the Mossberg MVP LBA Trigger?

What is the LUTH-AR MBA-3 Stock?

The Luth-AR MBA-3 Stock is meant to replace the standard AR-15 style rifles with a more customizable stock. The MBA-3 stock will fit in any commercial or Mil-Spec buffer tube for easy installation and familiarity. The MBA-3 has a 3-axis Buttplate for the ability to customize your recoil pad in a number of configurations. I love the fact that you can adjust the length of pull with much higher precision with the simple turn of a knob. The cheek plate will allow you to raise it up to get a better sight picture through your scope without adding tape or some other modification. The MBA-3 comes with sling attachments for standard slings and the ever-popular QD cups, but you have to buy those separately.

The Mossberg MVP Predator is chambered in a very unique round that many people haven’t heard of before, called the .224 Valkyrie. The .224 Valkyrie is a .22 caliber rimless bottlenecked cartridge. It’s designed with the same diameter as the 5.56x45mm NATO bullet, but has a shorter case length and holds more powder in the casing. This allows the .224 Valkyrie have increased muzzle velocity and heavier bullets, which increases the accuracy of the bullet.

What is a Bull Barrel?

What is a Fluted Barrel?

A fluted barrel is a process in which the barrel is cut down to form grooves on the cylindrical surface to decrease weight. Fluting has been attributed to an increase in accuracy and improved cooling during high rates of fire. Fluting the barrel and bolt can decrease the overall weight of the rifle by at least 1 pound. There are many models of the Mossberg MVP that flute the barrel and the bolt to improve the weight and ergonomics of the rifle.