Autoloader shotguns are shotguns that do not require the shooter to manually force a shell in the chamber before shooting. For example, a pump shotgun (Mossberg 590) has to be racked after every shot for a shell to be loaded into the chamber of the gun.

The Mossberg 930 series shotguns can load anywhere from 5 to 13 shells into their shotgun without reloading. The ability to fire all of your shells with a pull of the trigger classifies the 930 series as a semi-automatic shotgun. 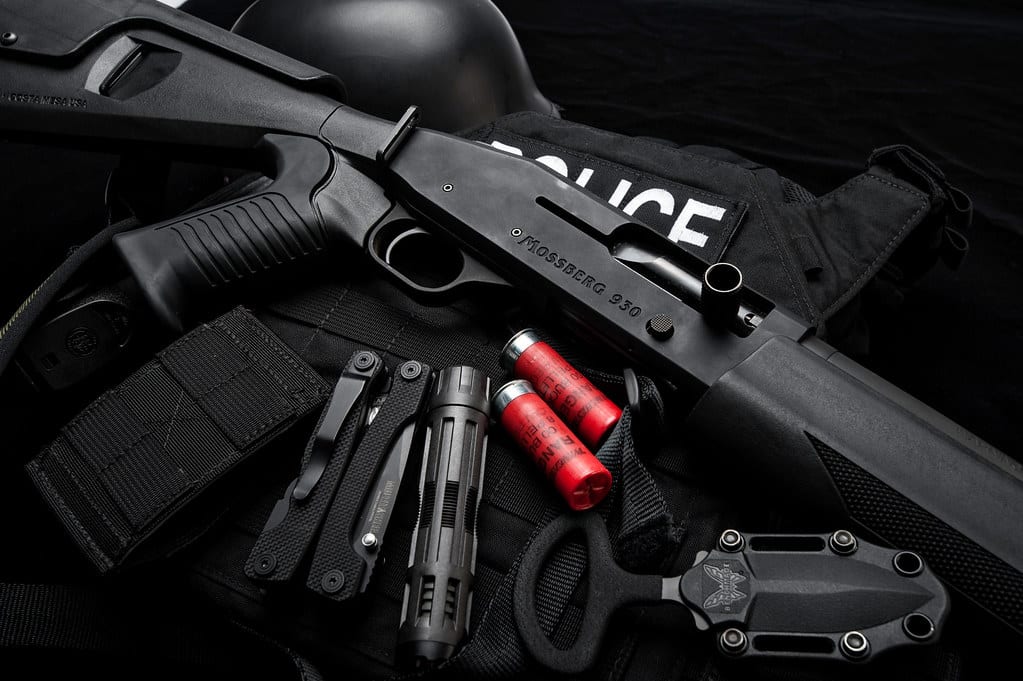 Whether you want to hunt, compete in a 3-Gun Competition, or defend your family, the Mossberg 930 is a tremendous choice for you at an affordable price.

Mossberg 930 Hunting shotguns have a dozen models to choose from, based entirely around what animal you’re wanting to hunt. Since Waterfowl are the most commonly hunted animal with a shotgun, I chose the Mossberg 930 Waterfowl Shotgun to review today. With a 28" and fixed 13.8" LOP, this shotgun is meant for a long sightline to guide your eyes onto flying birds. The Accu-Set choke is specifically designed to tighten the cone of shot into a tighter pattern for better accuracy at the ranges you need for hunting birds. The vented barrel allows gas to be controlled so the shotgun doesn’t kick out of control and throw off follow up shots. The barrel venting provides much better recoil-control and comfort for the shooter in order to increase your chances of getting a kill.

$569.99
at GUNS.COM
VIEW DETAILS
Prices accurate at time of writing

The Mossberg 930 Tactical is the shotgun that I wish I carried into combat because it’s a semi-auto shotgun with 8 shells. The confidence and comfort knowing that your target is going to have to face off against 8 shells that are fired in rapid succession is terrifying to think of. The Mossberg 930 Tactical is built with a dual gas-vent system that redirects the gasses from the explosion and away from the shooter to provide a stable and accurate shooting platform.  The Picatinny rail system placed on top allows for a great optic for a customized feel to the gun. Tactical shotguns are normally going to be shorter, lighter, and more customizable than hunting or competition shotguns because they serve a different purpose than sport. I would buy this shotgun in a heartbeat if I were in need of self-defense or operational shotgun.

$588.99
at GUNS.COM
VIEW DETAILS
Prices accurate at time of writing

Keep the magazine tube loaded, safety off, but with an empty chamber. All you have to do when that bump in the night is heard is pick up the shotgun and rack the bolt.

The 12 Gauge shotgun with the Federal Premium Vital Shok and a full choke, will decimate anyone that comes through the door intent on harming you and your family. That ammo paired with the 930 Tactical will print all 9 pellets in the head of a K5 target at 15 to 20 yards, thanks to the flite control wad.

It won’t defeat level 3 body armor, but stack 3 to 5 rounds in rapid succession into the bad guy and the kinetic energy alone will put them down.

The Mossberg 930 SPX Special Purpose Shotgun is meant for experienced shotgun owners who want to take the next step in luxury and customization. Each shotgun in the 930 series comes with spacers inside the stock to adjust the vertical and horizontal angle of the stock. This adjustment allows each shooter to customize the ergonomics of the shotgun by changing the angle of the stock. If you place a wide window type optic, like the TruGlo Tru-Tec, and adjust the stock to fit your style of shooting, you’ll own a tactical shotgun that is unrivaled in performance and accuracy.

$899.99
at GUNS.COM
VIEW DETAILS
Prices accurate at time of writing

If you’ve never heard of Jerry Miculek, you’ve never paid attention to anything involved with guns. He is known as the Tom Brady of competitive shooting with more world records than he probably has room for. Jerry Miculek has won the USPSA 3-Gun Competition 7 times and is the only person to ever win the American Handgunner World Shoot-Off Championship with a revolver. Needless to say, this man can shoot the fly off a horse’s ass from 50 yards with a revolver without breaking a sweat. Fortunately, Mossberg was able to collaborate with Jerry Miculek on a competition style shotgun. This shotgun is specifically designed by the world’s greatest competitive shooter to be your staple 3-Gun Competition shotgun.

The Mossberg 930 JM Pro Series is built with a faster cycling gas system, which bleeds off more gas to reduce the felt-recoil shot-after-shot. This feature gives the JM Pro Series more control to shoot at a faster pace than standard shotguns that have a slower cycling speed. The beveled loading gate provides a smoother loading process under stress because it ensures that you won’t cut yourself while trying to throw shells into the chamber as quickly as possible. The JM Pro Series has a wide loading gate to ensure you can cut the time down when loading. The JM Pro Series also is built with special corrosion-resistant finishes on the internal parts of the shotgun for smooth and light cycling while making it easier to clean after shooting. The adjustable overtravel trigger allows each shooter to customize the trigger to speed up each shot. In competition shooting, every millisecond counts so the ability to shorten the overtravel on the trigger can give shooters an advantage over other competition.

$820.99
at GUNS.COM
VIEW DETAILS
Prices accurate at time of writing

The Mossberg Pro-Series Sporting Shotgun is meant to give competition and sport shooters an edge over their competition, especially in clay target shooting. This specific shotgun was made in collaboration with the 1st couple of skeet shooting, Gil and Vicki Ash of Krieghoff International, OSP School, and Safari Magazine. Besides Jerry Miculek, Gil and Vicki Ash know more about shotguns than anyone else that I can begin to think of. With over 80 years of combined experience in shooting shotguns, they’re the perfect couple to design a shotgun that will outperform every other competition skeet and clay shooter in the world.

Mossberg went all out with decking this shotgun out with the most exclusive and expensive features they could think of. Starting with the HiViz sights that are meant to be shot with both eyes open. The HiViz sight will give the shooter better accuracy, hand-eye coordination, and quicker target acquisition than any other sight that you’d use on a shotgun. Mossberg also included the highly regarded Briley Choke tube for the best uniformity and consistency in pattern available in a shotgun. With a 28" barrel, this shotgun is accurate up to 40 yards with a great uniform and consistent pattern for every shot.

$752.99
at GUNS.COM
VIEW DETAILS
Prices accurate at time of writing

The Mossberg 930 Series offers the durability, dependability, and performance we’ve come to expect from Mossberg. The 930 is an autoloading shotgun (semi-automatic) that is unrivaled in competition and is supported by the most renowned shooters in the world. Jerry Miculek was instrumental in collaborating with Mossberg on the most sought after shotgun in the U.S.; the JM Pro Series Shotgun.

If dozens of world championships aren’t enough to convince you to buy the Mossberg 930, Gil and Vicki Ash of the world-famous OSP School own and help build the Mossberg 930 Pro Sporting Shotgun. Whether you’re hunting for waterfowl, storming a building with your fellow commandos, or want to compete with Jerry Miculek in the 3-Gun Competition, the Mossberg 930 is the right choice.