Concealed Carry on Base? **I am not a lawyer, and nothing below should be considered legal advice.  This is merely my reading of a recent DoD directive that I know a lot of people were looking forward to.  User assumes all liability**

If you’ve been keeping up with the flow of DoD directives, I’m sure that by now someone has mentioned 5210.56, Arming and the Use of Force.  People got pretty excited when it was issued, mostly because it “[p]rovides guidance for permitting the carrying of privately owned firearms on DoD property by DoD personnel for personal protection purposes that are not associated with the performance of official duties.”  Now, before we all go out and celebrate our new-found ability to carry (well, your new-found ability – it doesn’t really cover the Coast Guard), let’s talk about what is and is not found within the new directive.

First, the directive actually has multiple sections, it’s not solely about privately-owned concealed carry.  It also authorizes commanders to arm members with government weapons (concealed or open) for protection related to official duties, both on and off base.  It establishes the criteria, who may authorize, and some general guidelines.

Second, while the directive authorizes commanders to authorize carry, it doesn’t actually provide the process or format.  It merely directs the services to develop the process – “In addition to the responsibilities assigned in DoDI 5200.08, the DoD Component heads will:

n. Establish rank, grade, or position requirements for personnel who will be designated as the official that may permit the concealed or open carry of privately owned firearms on DoD property for personal protection purposes that are not related to the performance of official duty or duty status. At a minimum, this official must be a commander in the grade of O-5 or civilian equivalent in charge of the DoD property.”

Third, it doesn’t answer several important questions.  For one, it refers to “DoD property.”  So the question arises: if I am authorized to carry on my base, does that authorization extends to other bases as well?  While this may not be a big deal for personnel stationed where only one installation exists, in my area, there are no less than six different DoD installations, each with their own commanding officer.  If my commanding officer is only authorized to bless me on my base, how does that help me if I’m required to travel to another base to use medical or other facilities?  For another, it gets really vague about non-DoD government facilities, stating “[n]othing in this issuance will be construed as affecting the authority of the Secretary of Homeland Security to provide for the protection of facilities (including the buildings, grounds, and properties of the General Services Administration) that are under the jurisdiction, custody, or control, in whole or in part, of a federal department or agency other than DoD and that are located off a military installation.”  The directive also does not apply to the National Guard while serving under Title 32 or State Active Duty.  Finally, the authorizing official must make a determination “that the request falls within an exception under Section 930(d) of Title 18, U.S.C.” That last section could either be the easiest part or the hardest part, depending on your commander and his legal team:

18 USC 930(a) states: “Except as provided in subsection (d), whoever knowingly possesses or causes to be present a firearm or other dangerous weapon in a Federal facility (other than a Federal court facility), or attempts to do so, shall be fined under this title or imprisoned not more than 1 year, or both.”

18 USC 930(d) states: “Subsection (a) shall not apply to—
(1) the lawful performance of official duties by an officer, agent, or employee of the United States, a State, or a political subdivision thereof, who is authorized by law to engage in or supervise the prevention, detection, investigation, or prosecution of any violation of law;
(2) the possession of a firearm or other dangerous weapon by a Federal official or a member of the Armed Forces if such possession is authorized by law; or
(3) the lawful carrying of firearms or other dangerous weapons in a Federal facility incident to hunting or other lawful purposes.”

While it seems fairly easy to me to justify concealed carry under (2) or (3), as mentioned, I’m not a lawyer, and I don’t play one on TV either.  I will say that this directive is in response to Section 526 of the NDAA for FY 2016, which states:

“SEC. 526. ESTABLISHMENT OF PROCESS BY WHICH MEMBERS OF THE ARMED FORCES MAY CARRY AN APPROPRIATE FIREARM ON A MILITARY INSTALLATION. Not later than December 31, 2015, the Secretary of Defense, taking into consideration the views of senior leadership of military installations in the United States, shall establish and implement a process by which the commanders of military installations in the United States, or other military commanders designated by the Secretary of Defense for military reserve centers, Armed Services recruiting centers, and such other defense facilities as the Secretary may prescribe, may authorize a member of the Armed Forces who is assigned to duty at the installation, center or facility to carry an appropriate firearm on the installation, center, or facility if the commander determines that carrying such a firearm is necessary as a personal- or force-protection measure.” 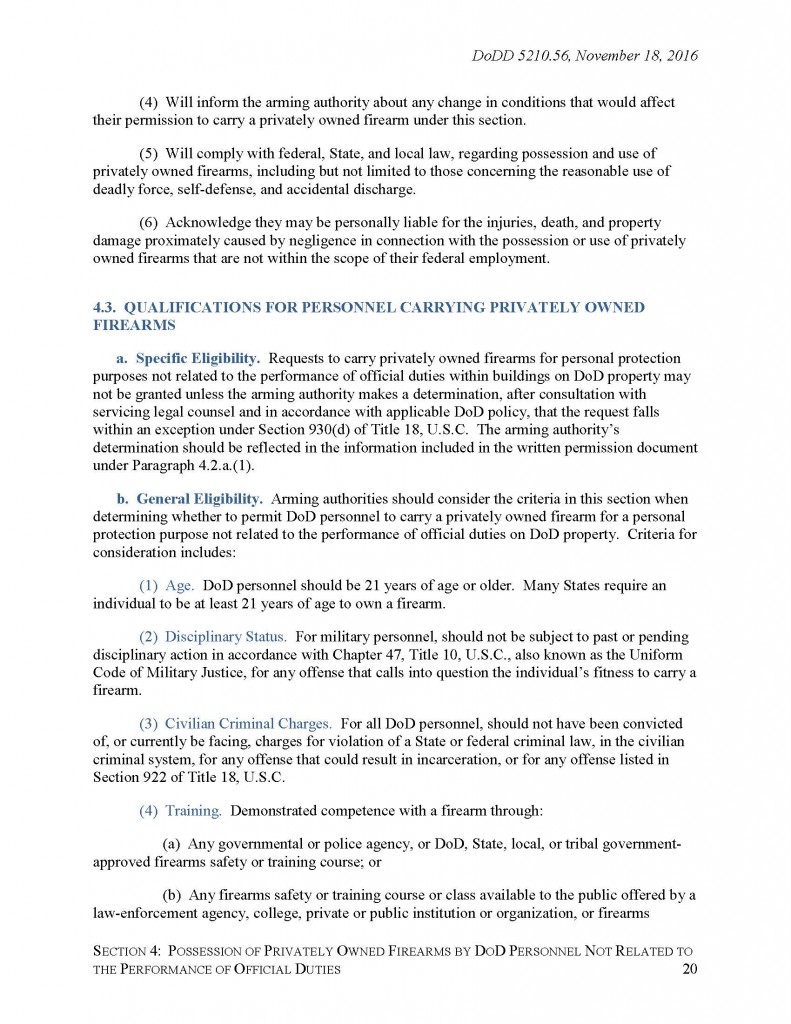 Anyway, I’m not trying to rain on anyone’s parade here, I just want people to understand that while this is an important step, it’s only a step.  The various component heads will now have to promulgate their own regulations, and then someone will have to be the test case.  A lot of departmental inertia will need to be overcome, and I wouldn’t expect to see any authorizations springing forth for at least six months.

To learn more about RE Factor Tactical holsters and shooting products click here. 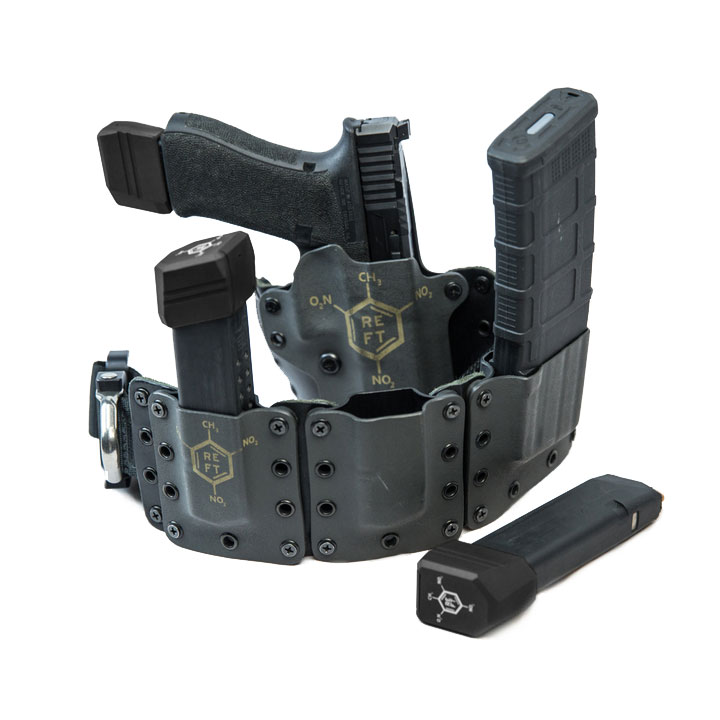