In the armor industry right now, there is no shortage of companies to choose from. Many of these companies have the classic ceramic SAPI and E-SAPI plates that many of us are used to from the Global War on Terror. Others have gone a slightly less expensive route using steel, to make body armor more attainable for the masses. There have even been innovations to the well-known ceramic systems that create an almost soft-armor type of body armor system that protects up to the same penetration level of their ceramic plate counter-parts.

True innovation however is rare. That’s why when we heard about a company with an all new type of material creating their own ballistic plates, we had to dive in. We’ve been using the ShotStop Duritium ballistic plates for a hot minute now, and this is our full review. By the end of this, you’re going to understand what Duritium is, and why we think ShotStop is a true competitor and the future of body armor solutions. 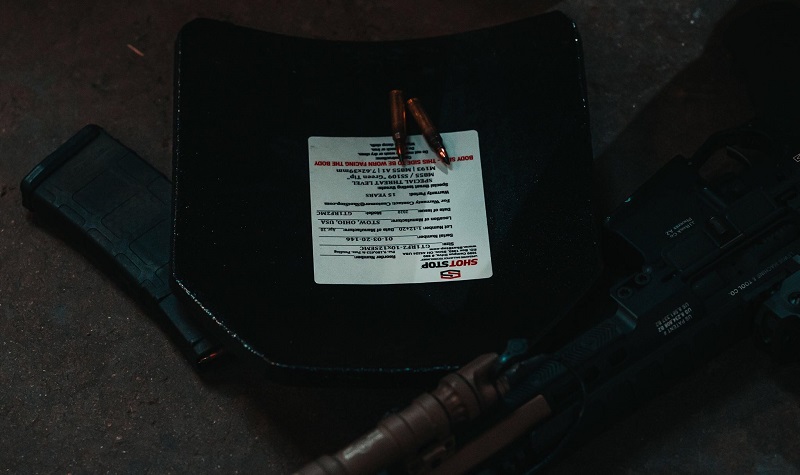 In order to understand why ShotStop makes some of the best armor plates on the market, you first need to understand what Duritium Technology is. In the body armor world, for the longest time, the kings have been ceramic, and steel plates. Duritium however is a relative newcomer that offers some much-needed innovation and boasts higher durability with a longer life-span.

To keep it short, Duritium is proprietary material and a next-generation polyethylene with an extremely high tensile strength. Due to the extreme tensile strength of polyethylene, it has an amazing ability to distribute and disburse kinetic energy. This ability makes it ideal for use in products in the armor industry.

Also worth noting is the fact that Duritium is far lighter than both steel and ceramic. This means that the individual carrying Duritium plates is shedding weight in the armor department to either be lighter in general or to make room for other required pieces of kit.

Now that you know, basically, what Duritium is, we’d like to introduce you to ShotStop’s Duritium plates. ShotStop makes the armor plates in five different ratings ranging from Level III+ to IV. Each plate is multi-hit rated, and also comes in a variety of different cuts depending on the mission-set of the end-user. All of their ballistic ratings have come from an independent NIJ certified laboratory.

It’s also worth noting that each plate’s counter-part in both ceramic and steel weigh, on average, around 50% more. You can see a full list of their ballistic ratings, weights, and other various information on every plate in the graph below. 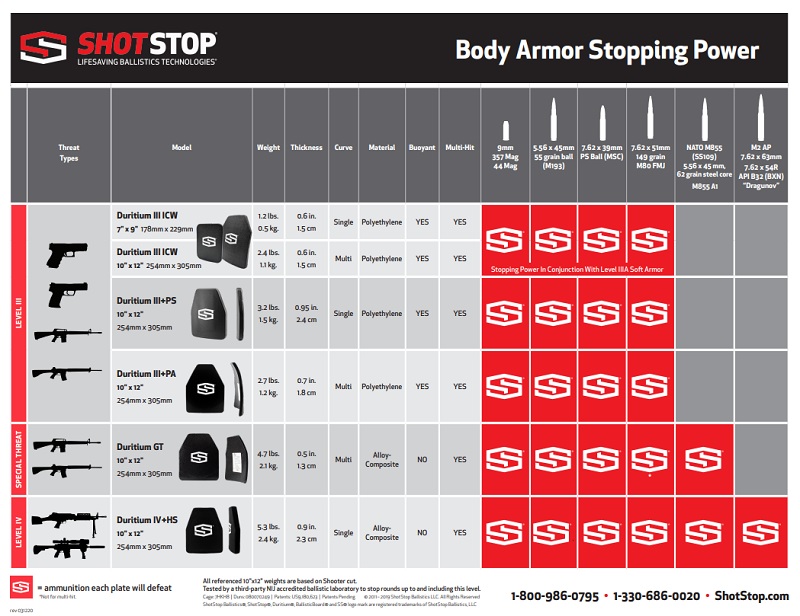 Performance Down-Range and in Training. 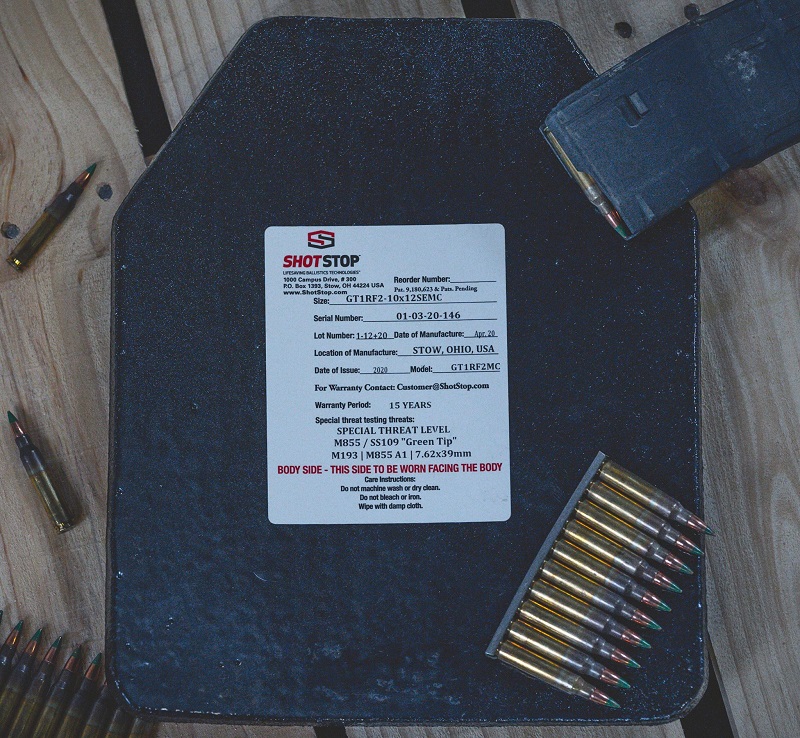 For the purpose of full disclosure, we did not shoot, nor get shot wearing ShotStop’s Duritium plates, and we hope to keep it that way. Now that we have made that perfectly clear, let’s talk about how these plates held up for us individually both downrange and in training.

The first thing you’ll notice about these plates is the weight difference. Anyone who has ever worn an E-SAPI plate knows that those things are generally heavy. Wearing full-kit for hours on end can often make you feel like you’re stuffed inside of a tuna can with an extra 40 pounds of armor and ammunition weighing you down. These plates are far away from theheaviest body armor I have ever personally worn, and you feel that the second you slide your plate carrier on with these insides. Five to eight pounds total in weight difference may not look like much on paper, but it’s a weight difference you can absolutely appreciate when you’ve been sitting in an SUV with a broken AC for four hours waiting for the principal to get out of his meeting.

Another noteworthy thing about these plates is their durability. Again, anyone who has ever worked with an E-SAPI or regular ceramic SAPI plate knows that those things are brittle and fickle. If I had a dollar for every time I threw my plate carrier off of the roof of an MRAP, only to pick it up later and have it sound like a bag of broken kitchen dishes, I’d probably almost have enough money to buy a new set of those plates. With these Duritium plates, however, I have yet to find a way to break them through conventional tossing or smashing. This makes them ideal for use out on the range, where most of the conventional tossing and smashing is conducted.

Here’s a video ShotStop put out that shows them testing the plates at various different rifle calibers. If you click through to their YouTube channel, you’ll also find videos of them trying to destroy the plates with a tomahawk, among various other inventive destructive techniques.

Where and How to Buy ShotStop Plates.

There are several ways that you can get your hands on a set of ShotStop plates. The first thing you need to do is decide which level of protection you need. We’ll publish an entire article to help you decide a little later down the road and link to that from here. For now, that’s a decision that’s going to require a bit of research on your own part. Once you’ve made that decision, however, you can head over to ShotStop’s web page here.

Depending on the size of the order you need to make, you may want to consider contacting ShotStop directly. They have an entire form that you can fill out for those bulk orders, and from our experience working with them, they really go out of their way to make sure the customer gets what they need. You can find that custom order form here.

It’s also worth noting that several other vendors also carry ShotStop’s Duritium Plates. So, if you have a favorite vendor that carries these, they’re definitely worth picking up from them as well. 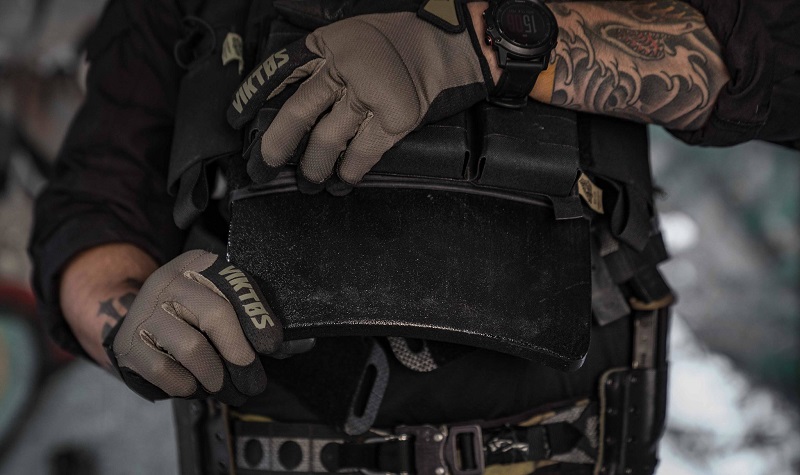 At the end of the day, there are two more things you need to know about ShotStop. First of all, the price-point. When compared to conventional ceramic armor plates, ShotStop comes in at a pretty competitive price point. The level IV plates will run you between $410 and $710 depending on the size and cut you need. This is about on par with the average, and some of the lower ratings will run you sub $300 per plate. The second thing you need to know, and in my opinion, the most important, is the fact that these plates at that price-point come with a fifteen-year warranty. Yes, you read that right. ShotStop guarantees that their plates will function for fifteen years. Most ceramic plates, even the most expensive ones that are delicately cared for, only have a shelf life of five years before you need to shell out another $700 per plate.

ShotStop is a no-brainer for us. If you’re looking to get an incredibly lightweight plate that has all of the protection of traditional ceramic plates, this is where you need to go. You’re getting all of the same pros as ceramic, but you’re shedding a majority of the cons that are associated with them. We easily give these five out of five stars. What are you waiting for? Get off of this blog post and go pick some up.