Finding a reliable and accurate 7.62 AR pistol has been a challenge until now. The Maxim Defense PDX chambered in 7.62×39 is the answer to that challenge.

The Maxim Defense PDX has been one of the hottest firearms to hit the market. This compact carbine features the firepower of a full-sized AK-47 with an overall length of only 18.75 inches.

It’s designed for Close Quarters Combat due to the small size making it easy to maneuver in tight spaces. 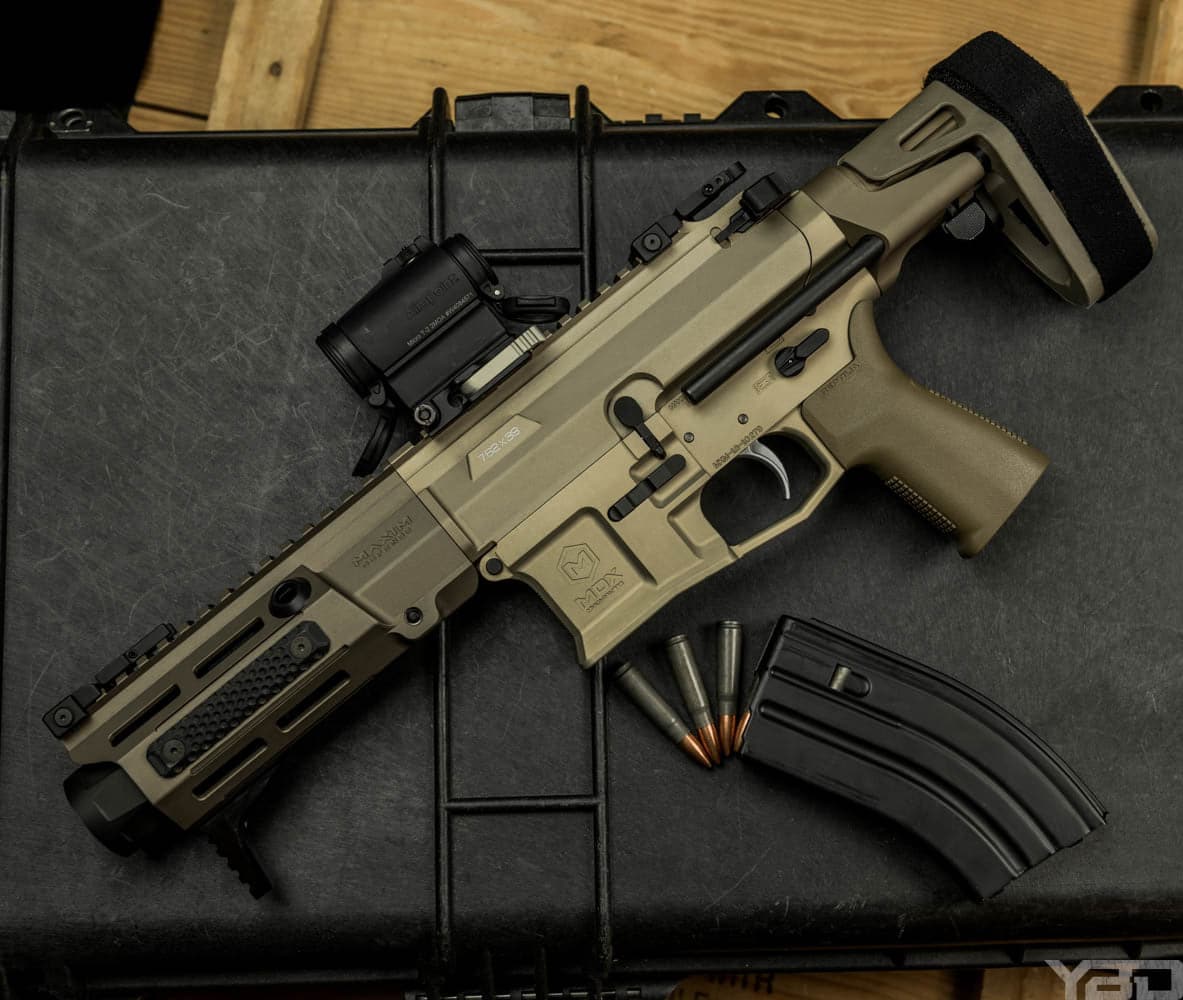 Is 7.62×39 good in a AR-15? Although the other calibers are quite fun to shoot, the 7.62×39 option is what sets the Maxim Defense PDX apart from other personal defense weapons. This is a rare example of a short-barreled rifle or pistol that has proven to be reliable with AK ammunition.

Maxim Defense has achieved this reliability by having a unique bolt carrier group, where the buffer weights actually sit partially inside of the BCG (bolt carrier group). This allows the compact firing mechanism to fully cycle round after round.

The gas system of the compact design works flawlessly with the HateBrake muzzle booster or a suppressor. Swapping between the two requires no tuning or re-zeroing. What is the best 7.62×39 AR? Shooting the PDX chambered in 7.62×39 is a dream. Felt recoil is very minimal for such a compact firearm shooting such a powerful cartridge. If you compare it to shooting a full-sized AR-15 chambered in 5.56, it is basically the same. This is pretty damn impressive given that a short-barreled rifle typically has more felt recoil.

The HateBrake muzzle booster does an outstanding job at displacing the excess gas, so you’re not blinded while engaging targets. The ALG Defense Adanced Combat Trigger also has a crisp clean break allowing for enhanced shot-to-shot accuracy. $79.49
at AT3 Tactical
VIEW DETAILS
Prices accurate at time of writing

Overall, the PDX feels very balanced. It would make a great gun for anyone looking for a personal defense weapon with serious firepower.

The fact that this compact package can fire a heavier round like 7.62×39 is impressive enough on its own. The ability to do it reliably round after round, with and without a suppressor makes it one of the most versatile and reliable personal defense weapons on the market.

When it comes to the ammunition used in the 7.62×39 PDX and other short-barreled AK-47 rifles, the combination of powder and components matters. There are so many different brands that sell 7.62x39mm ammo that it can be very difficult to determine which is the best for your gun. It comes down to the primers, powder, casing, and bullet quality.

One of the reasons Maxim Defense won Best of Shot 2019 was because they used their own ammo that’s meant for short-barreled rifles.

Since SBR rifles tend to lack the velocity and terminal ballistic of an AK-47 with a 16" barrel, Maxim Defense had to create ammo meant to make up for that velocity and still keep the 7.62x39mm size.

The Maxim Defense 7.62×39 ammo is built with copper, instead of brass because as we all know, copper can handle heat better than almost any metal on Earth. By using copper, Maxim Defense was able to ensure the added velocity is safely contained inside the copper case.

The Tumble Upon Impact (TUI) technology used in the Maxim Defense ammunition reminds me of the older M16 platform used in Vietnam.

One reason the M16 was so effective was the tumbling effect of the M193 ammo that caused extreme damage upon impact. It creates a  wider wound cavity and the bullet tears through soft tissue like a boulder rolling downhill from a mountainside.

This tumbling affect has given our soldiers an advantage to have an arm shot turn into a heart shot with all credit to the advanced ballistics. Simply put, there is no better ammo on the market for SBRs chambered in 7.62×39.

How hard is it to find 7.62×39 ammo?  A major advantage of 7.62×39 ammo is that it is available in nearly every corner of the globe and it’s easy to find as military surplus ammo. We’ve sourced a few options for you, but you can’t spend too much time thinking about buying it or it will be gone. 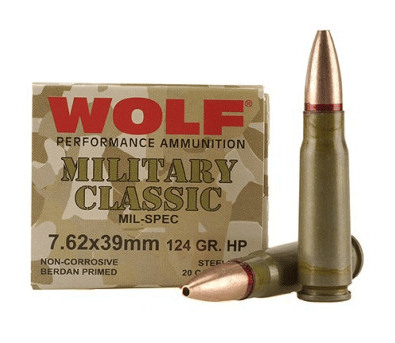 Either way, you’ve got yourself an incredibly powerful, reliable firearm for close quarters battle, home defense, and as a truck gun.