What is the Best Pop Up Target For Your Home Range?

Setting up a home range is one of the most rewarding things I’ve ever done. Fortunately for me, I was able to use the side of a mountain as my backdrop to ensure that bullets wouldn’t travel outside of the range.

Regardless of how your range looks, I respect the hell out of anybody putting in the work to get it done. The next step of deciding which targets to put on your range seems like it’s an easy thing to do until you see a million choices online or a department store like Sportsman’s Warehouse or Cabela’s.

I want to keep this blog specific to the 2 pop-up targets that I like so much from Caldwell Shooting.

What Caliber Will AR500 Steel Stop?

Steel is a great source for personal body armor, but with newer technology in plastics and rubber manufacturing, there are better options. However, if you’re talking about shooting targets, there is nothing more affordable, durable, and fun to shoot than AR500 steel. 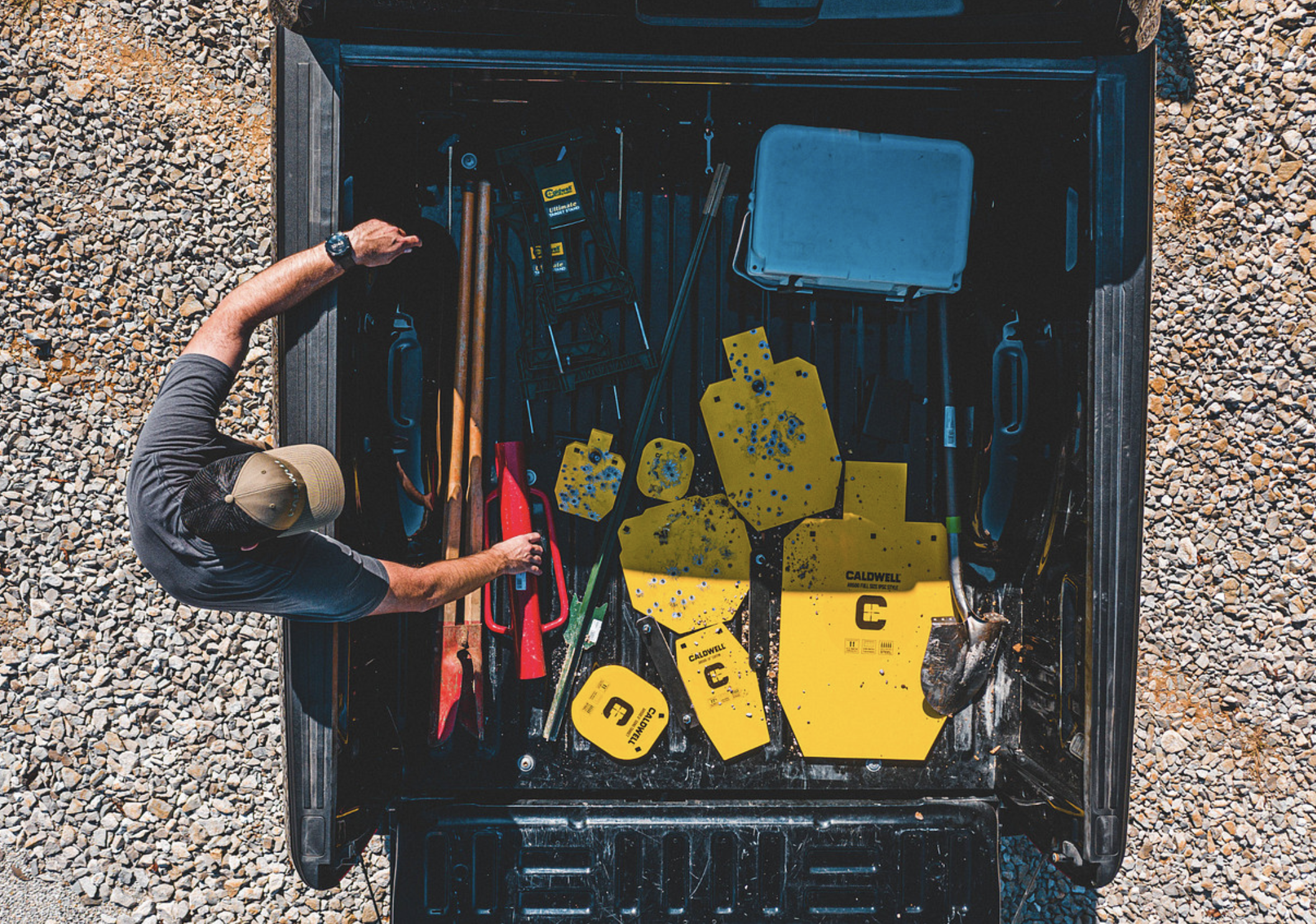 You can shoot this target with thousands of rounds of any handgun caliber that you have and simply wash it off at the end and you’ll get thousands more. $12.99
at Amazon
VIEW DETAILS
Prices accurate at time of writing

There are 2 pop-up targets (auto-resetting) that I have are the Caldwell AR500 Prairie Dog and Popper range targets. I chose these 2 targets because of the small size, auto-resetting platform, versatility, and durability of the AR500 Steel.

The Caldwell AR500 Prairie Dog Range target is 1 foot tall and just under 5" wide and is rated to stop a rifle caliber bullet less than 3,000 fps. After each hit, the prairie dog target will automatically reset giving you time to adjust for recoil and hit it again.

Creating a range with different sized targets is such a great way to work on shooting drills and set up a plinking course to work through each month. 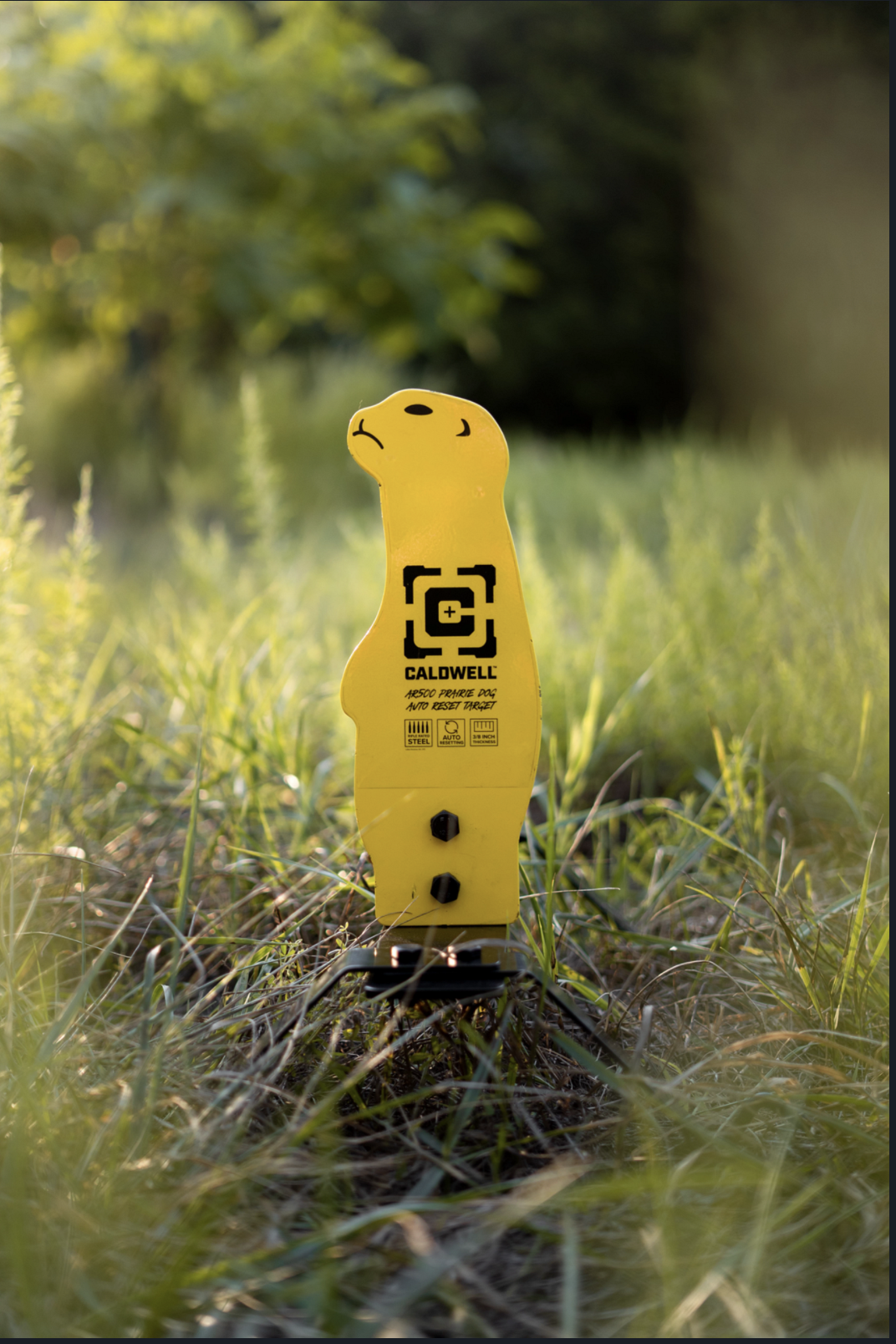 $109.99
at Amazon
VIEW DETAILS
Prices accurate at time of writing

Before I decided to buy these targets, I was concerned that it would be pointless to train with animal-framed targets that I don’t even hunt. However, I do hunt squirrels, Racoons (1-2/year), and shoot skunks, coyotes, and groundhogs around my property. Both the Prairie Dog and Popper targets are exactly what I need to diversify my range and provide different shots at different depths.

Setting up your targets at 10-15 yard increments is a great way to optimize the use of pop-up targets and other AR500 steel targets. This is great for plinking with a .22LR or an AR-15 because you have to focus on your transitions to account for the height of the target and distance.

The difference between the Pepper Popper target and the Prairie Dog target is the height and width of each target. I prefer to use the Pepper Popper at further distances because it’s higher and thinner so I have to be more precise at longer ranges than the 5" width of the prairie dog target.

As long as you keep your bullets under 3,500 ft. lbs. of energy and less than 3,000 fps, you can get years out of this target for a great price. Each target is 7" above the ground with the base attached and weighs almost the same. $99.99
at Amazon
VIEW DETAILS
Prices accurate at time of writing

How Many Pop Up targets Should I Buy For My Home-Range?

Believe it or not there can be too much of a good thing, even in shooting targets. For example, if you wanted to buy 20 pop-up targets, you’d have to have a pretty big range to accommodate that many.

You’d also run into a problem with not being able to diversify your targets throughout your range for hunting larger game and working on your self-defense against human-size targets. 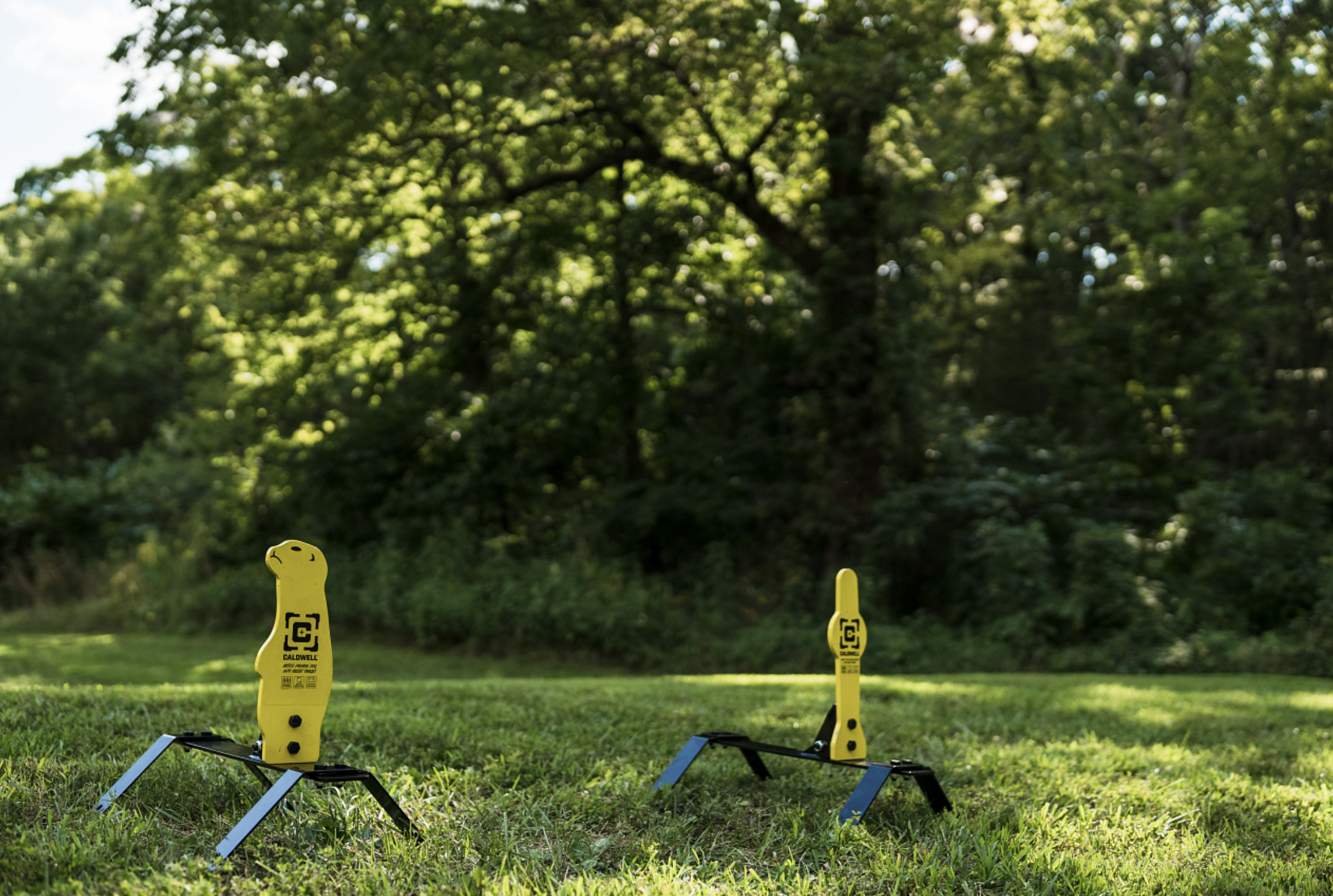 I think 5 targets each would be the most I’d ever want to buy and maintain, especially with my other targets on the range. I think the perfect amount for me would be 3 Prairie Dog and 4 Pepper Popper targets spaced out 5 yards from each other with a staggering layout to train more effectively.

The Caldwell Rimfire resetting target is a great buy if you want to plink or practice with a .22LR pistol or maybe even the ever-popular 10/22 Ruger rifle.  I love this target because it has multiple plates to shoot and even has a plate to shoot to reset the rest of the targets. It feels like a festival dunk tank game by hitting the target and resetting the spring.

It’s a lot of fun and holds up to all .22LR pistols and rifles that I’ve shot it with. The whole target platform is 16.8" wide and 22.5" high for a low target platform that you can shoot at without worrying about throwing shots too high and over your range. 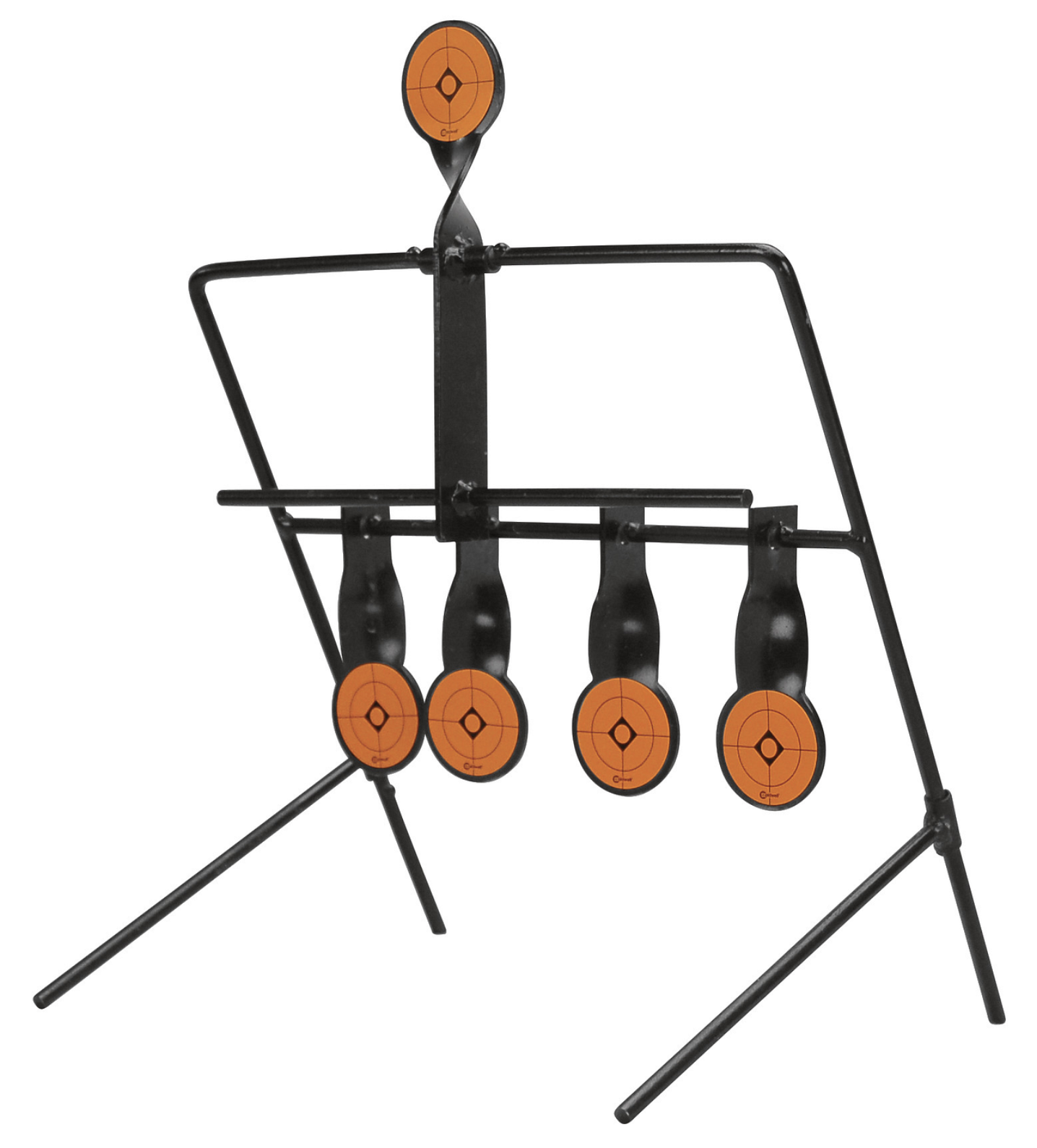 What is the Most Universal AR500 Shooting target?

The AR500 IPSC Full-Size shooting target is the best universal shooting target that I have ever owned. It’s incredibly durable, heavy (48 lbs), and can withstand any gun that I shoot with.

The full-size shooting target is 30" in height and 18.25" in width with a 0.4" thickness to the steel. This target may be expensive, but if you could only afford one shooting target, this is the only one you’d really need.