The Overwatch is available in a more traditional style with the Overwatch Hunter, as well as two flavors of chassis builds in the Overwatch Tactical, in a 16" barreled rifle and a 12" barreled/braced pistol.

Today we’re breaking down the two versions of the Overwatch Tactical. $37.95
at Brownells
VIEW DETAILS
Prices accurate at time of writing

Notes on the Overwatch Tactical 16"

The leading name in pistol braces, SB Tactical’s flagship SBA3 makes its presence known on the Overwatch Tactical 12".  One of the lightest, sturdiest, and most comfortable braces in existence, the SBA3 is a welcome addition. 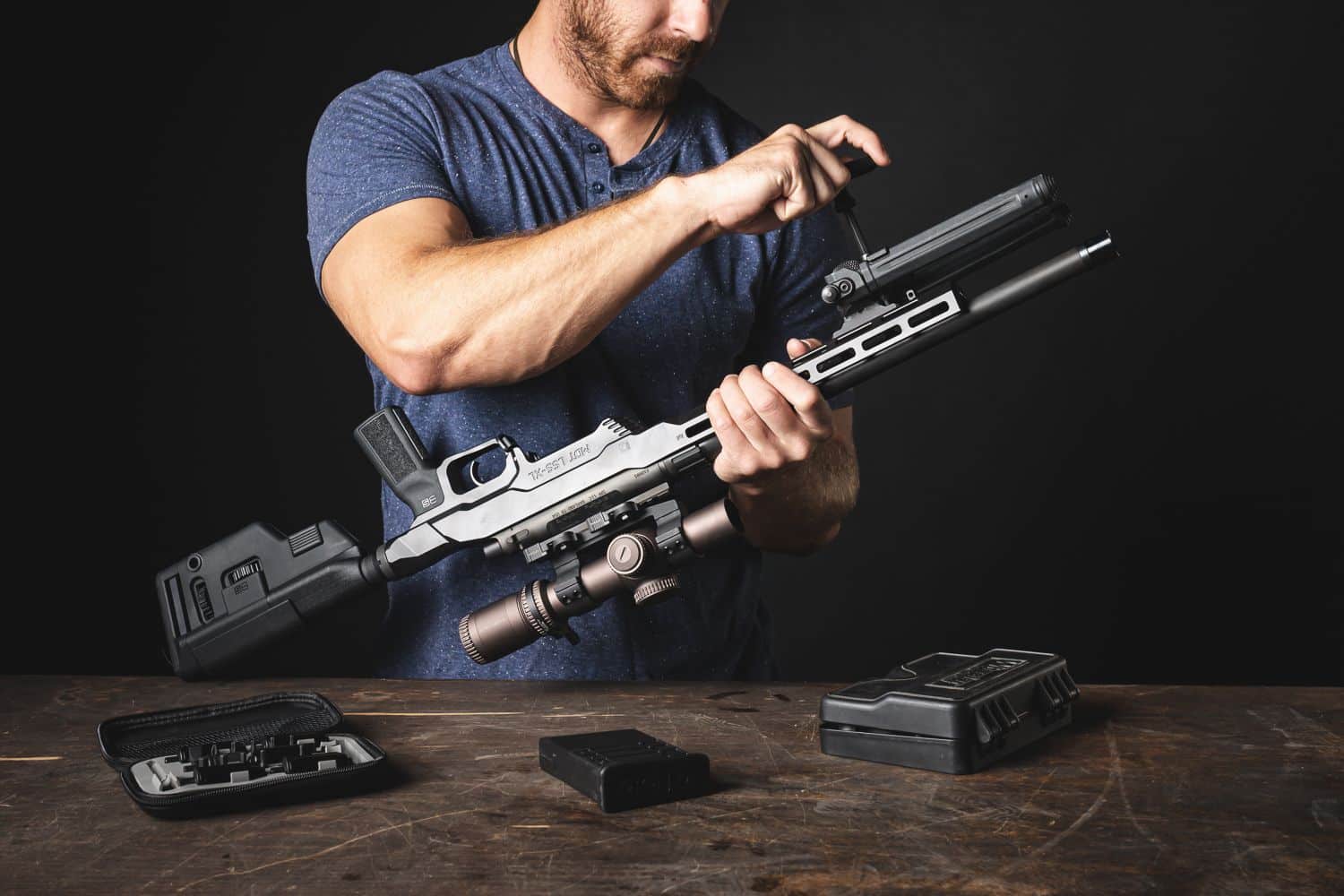 Stiller Actions has been making premium quality rifle action based on the Remington 700 for years.  With customers hunting in the woods, competing at the range, and chasing down enemies of America, Stiller Actions is well known to those who demand quality.

The first thing you’ll notice with the Tac 30 action is how amazingly smooth the bolt rides when you run it back and forth.  You can thank Stiller’s proprietary, double-layer coating for that.

The Timney Elite Hunter 510-V2 is one of the best triggers on this earth.  Zero creep, sharp break; it’s perfection in tangible form. There are two primary differences between the Overwatch Tactical 12" and 16".

Besides the barrel length, there’s also the rifle having a buttstock, while the pistol has a stabilizing brace.

First, let’s talk barrel length.  Here’s a look at the preliminary load data for 8.6 Blackout, as provided by Faxon and Q. 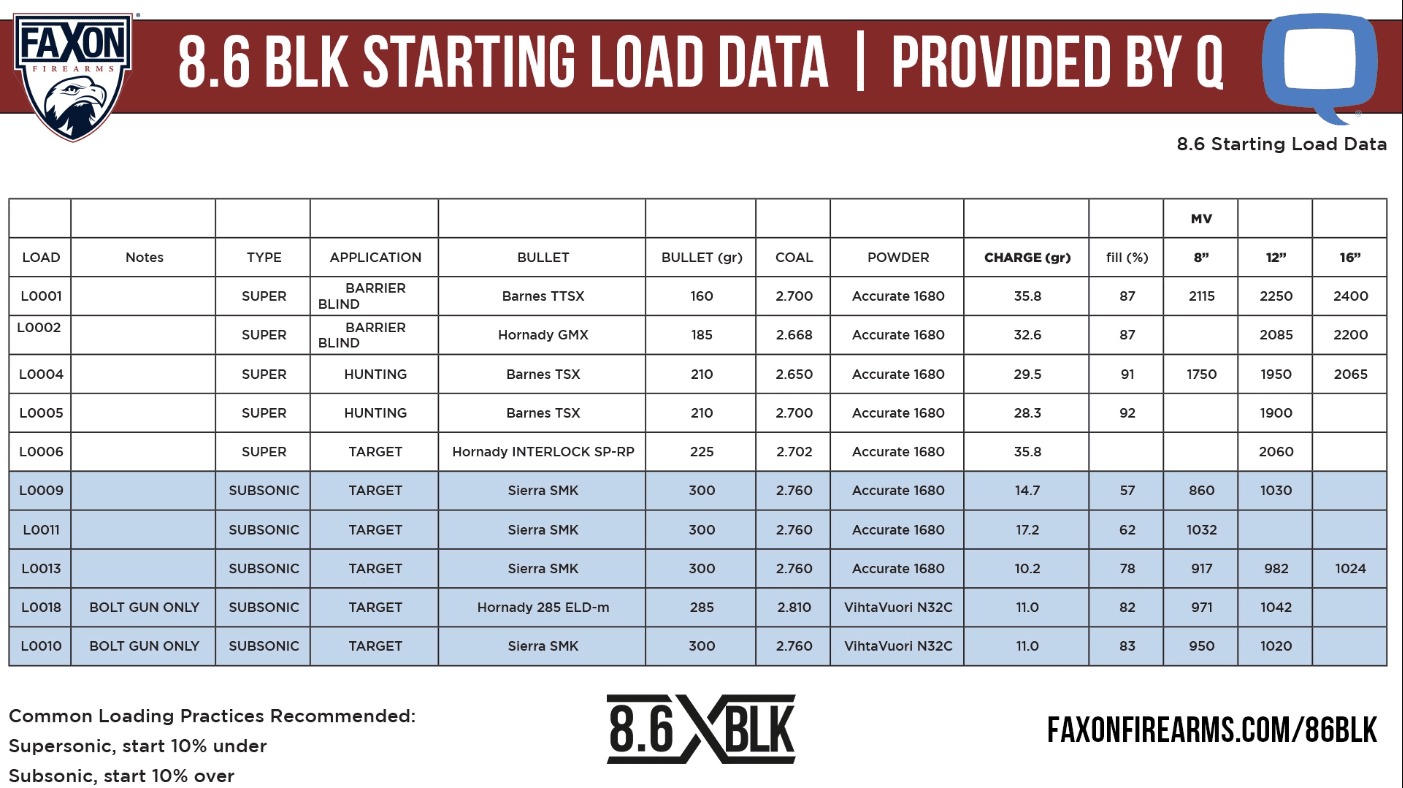 Instead, the barrel length (and corresponding brace/stock) is more about personal preference and legality.  In some states hunting with pistols is outlawed, regardless of caliber.

There’s also the matter of comfort and terrain.  If you’re one of Durin’s dwarves like me, you’ll probably opt for the 12" barrel.  This is also true if you spend more time hunting in densely wooded areas.

But if you’re more of an ent who likes hunting in wide open spaces, that modest performance gain in the 16" barrel combined with the more adjustable B5 stock makes a better platform for most.

What is the advantage of a bolt-action rifle?

Check out this blog regarding the best deer hunting rifles!

This is due to the bolt action having fewer moving pieces and a barrel that can be truly free-floated.  The bolt action platform simply has fewer variables, giving it an easier path to the most demanding levels of accuracy.

Regardless of which barrel length you prefer, it’s clear that Faxon Firearms is swinging for the 8.6 Blackout fences with the Overwatch Tactical and Overwatch Hunter.