Jamin McCallum first served 3 years on Active duty in the U.S. Army before making the transition to the South Carolina National Guard.  While in the National Guard, the now commissioned Lt. McCallum served a tour with an Army Combat Engineer Brigade. Combat Engineers actively search for and disable roadside bombs and Improvised Explosive Devices (IEDs). During his tour, Lt. McCallum’s vehicle was hit by an IED, and he suffered a Traumatic Brain Injury ( TBI).

As Lt. McCallum returned home, he was unable to continue his career as an Accountant due to his TBI and boredom. One of the biggest symptoms of a TBI is the inability to stay focused on a thought or topic for extended periods of time. As unfortunate as this was to Lt. McCallum’s family, he decided to chase his dream of owning a business and doing something he truly loved…Guns! In 2010,  Lt. McCallum created Palmetto State Armory (PSA) because he couldn’t find a company that provided all the magazines and ammo he needed for his numerous firearms.

After starting out as a magazine and ammo company, Palmetto State Armory found almost immediate success in selling magazines, so they expanded their portfolio to include gear and gun parts. This is the reason once you visit Palmetto State Armory, you’ll think of this store as the Walmart of guns.

We get a lot of questions about how Palmetto State Armory guns can be so cheaply made, but function as well as the name brands (Colt, HK, S&W). Every PSA gun is made at PSA owned facilities and brought together to create each gun from scratch. By making everything in house, Palmetto State Armory saves 11% tax required by federal law for all firearms bought and sold in the U.S. today.

The first acquisition that allowed them to create their own guns was buying DC Machine, which is the largest gun barrel manufacturer in the United States. Special Tools Solutions (STS) was the next company PSA purchased to make metal frames, upper receivers, and lower parts of the gun.  With the acquisitions made for independent production, PSA could now be a gun manufacturer along with a supply store for any gun part, ammo, mag, or attachment you will ever need. Besides the price, the best part about all PSA guns is they have a lifetime guarantee! This means they will replace or fix any part of your gun at any point if you buy it from them directly.

The PSA PA-15 16” NITRIDE A2 MID-LENGTH 5.56 NATO MOE AR-15 RIFLE is made from military-grade steel (4150 CMB steel) at DC Machine with a nitride finish. The nitride finish prevents corrosion, adds hardness to the barrel, and adds many years to the life of the gun.  The rifle comes with MOE handguards, and the receivers are made from military-grade aluminum.  With T-markings on top of the rail system, you’ll have the capability to add any attachment you want to your rifle and return attachments to their place if they were moved at all. One thing we recommend when adding accessories is to practice with them. We have a great drill you could practice while making adjustments to your gun to see what works and what doesn’t work.

Why Should You Buy This Gun

As Mr. McCallum states, “We want to spread freedom across the whole nation,” which means he wants everyone to have access to guns. As a staunch supporter of your 2nd Amendment rights, Palmetto State wants to give every American the option of owning an AR-15 model weapon, at an affordable price. This weapon is perfect for 1st-time gun owners and as a secondary AR model for more experienced owners. This gun passes all the durability tests (video below) and shoots true with heavier ammo. We recommend that you use this gun for plinking and training new shooters because the gun is incredibly tough and is about 2 MOA at 100 yards.

Palmetto State believes in providing weapons at an affordable price to offer as many Americans an opportunity to own a gun as they can.  With hundreds of different accessories to add on their AR platform, we chose the ones that set PSA guns apart from other companies.

M-Lok is the rail system created by Magpul Industries to enhance the capabilities of the AR 15 platform by providing an easy to use, durable, and practical handguard.  Notice the slots in the M-Lok design that are used to offer attachments at a 360-degree range around the rifle.  These slots are at different lengths to accommodate different styles for a more personalized gun. The M-Lok handguards also absorb heat from the sun and the barrel to provide a more comfortable feel for the shooter.

PMAGS are one of the best magazines that you could ever buy for an AR-15 style rifle, due to its incredible dependability and reliability.  PMAG’s are made from a polymer composite that has been proven to be better than the aluminum mag that all AR-15’s used.  For example, in 2017, all U.S. Special Operations went with the PMAG’s to increase their effectiveness on the battlefield. As many of us Veterans will tell you, weapon malfunctions due to magazines are a very common obstacle to overcome. The PMAG fits perfectly every time you place a magazine in and always feeds as smooth as a Barry Sanders highlight. All of the PSA AR-15 models come with a PMAG magazine to ensure you’ll have the most durable magazine on the market today. The best thing about the PMAG is you can get one for less than $15, new, at Palmetto State Armory. 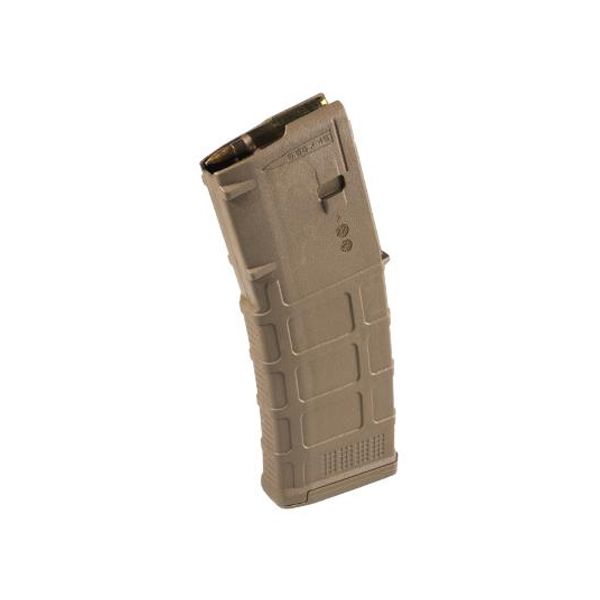 MBUS stands for “Magpul Back-Up Sights” and is used as the primary iron sight system for all PSA AR-15 style rifles. The MBUS is not only very easy to install on your gun, but it’s one of the only sights that can be adjusted for wind and elevation without any tools needed. The rear sight, as shown in this picture below, is adjusted for close-quarters fighting with a much wider aperture. If you’re shooting at targets at a greater distance, you can flip up the lever attached to the wide aperture, and it becomes smaller, designed explicitly for pinpoint accuracy. This model is the MBUS Pro Gen 2, which provides a much lower profile than the original without sacrificing capability. These sights are made to last with a corrosion-resistant coating designed to last for decades. Typically these sights will cost around $100, but they come with the fully built AR-15 models at Palmetto State. 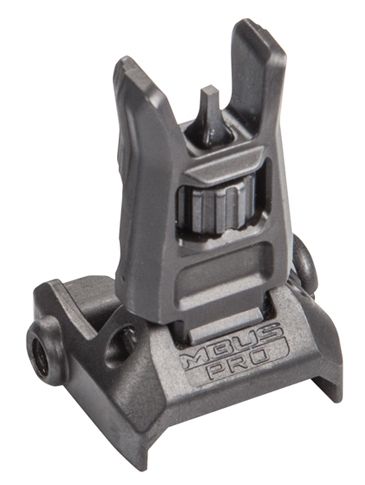 The AK-47 is known as the most popular rifle in the world with almost every nation making some version of the rifle. The PSAK-47 GF3 is the third generation and comes with a Teflon style coating for a sleek and smooth finish, an M-Lok handguard, and the MBUS sights. The Teflon coating inside the bolt carrier, trunnion, and upper assembly prevents a lot of the wear and tear that most AK-47’s see with daily use.  The stock that comes with this gun is made from Magpul and can shoot from a folded position or extended position.

Why Should You Buy This Gun

This is one of the most well made AK-47 style rifles you could ever own for the price that PSA offers it for. At $600 you will have attachments that are worth over $100, PSA doesn’t charge the 11% tax for the U.S. made guns, and it comes with a lifetime warranty.  This rifle will cost a little more to own due to the 7.62 round, but its incredibly well built, smooth firing process for an AK, and can be personalized without sacrifices the ability of the weapon. For an AK-47, we will argue this is the best version of this rifle you could own in the U.S. today.

Palmetto State Armory is a Veteran owned and operated company that makes us think of an Amazon or Walmart for guns and gear. Anything you could want, from firearms, optics, scopes, backpacks, gun parts, holsters, etc., can be purchased from PSA online with surprising ease. PSA guns are manufactured and distributed from the store itself, which allows them to offer incredibly well-made guns at a much lower price than any other manufacturer we know of.

The warranty that PSA offers on their guns and parts is one of the best things about this company because you’ll always have that peace of mind that no matter what happens to your gun, they’ll fix it for free. Like Mr. McCallum says, “Our mission is to spread as much freedom as possible, not to make as much money as possible.”