Safety Components | How does a safety lever work?

Today we’re covering safety, but not necessarily safe handling or rules of weapon safety—although I will review that. No, today we’re talking about safety components. Particularly those put in place to keep you from “accidentally” firing your weapon. I’ll cover internal and external safeties and then add some additional safety measures you can take to secure your weapons—such as using a trigger or cable lock.

As I already said in the introduction, I first want to do a little review. So, let’s talk about safety! First, you should know that no safety device beats actually handling your weapon safely. You might have the highest-rated, top-of-the-line, built for a king safety device or devices put in place. But if you don’t practice safe handling, no one cares. Bobby-Joe, down on range block number 3, doesn’t know you’d need an act of God to fire your weapon without pulling the trigger, and he shouldn’t have to wonder either. So, do us all a favor; no matter how “safe” your weapon is, please handle it safely.

In case you don’t know or have forgotten, let’s take a second to review.

How Do Safety Components Work?

Depending on the weapon system you’re operating, you might find that the safety features or devices put in place for safety are slightly different to drastically different from one another. For instance, some pistols have no external safety, it’s all found in the inner workings of the firearm. Then you have some firearms that have external and internal safety features.

This blog will cover a few different safety devices found in today’s market and give you a little insight into how they work.

Not all weapon systems have external safety levers, which you’ll see here in a moment. But, for those that do, it’s referred to as the safety lever. Here’s how a safety lever works. 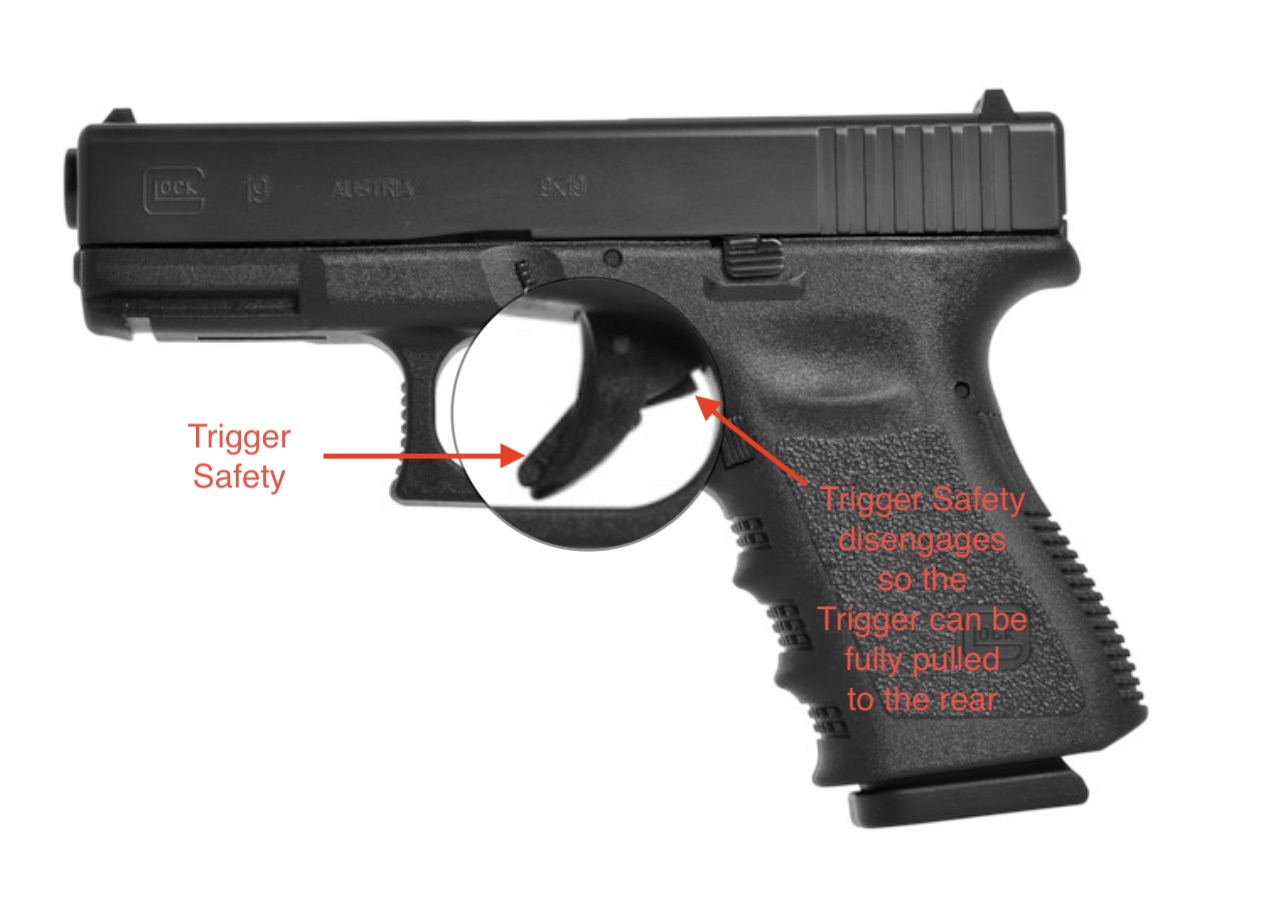 The trigger safety is step one in Glock‘s firing sequence. The safety is a part of the trigger, and unless it’s engaged, the pistol should not fire. Why? Because the trigger cannot be pulled all the way to the rear. And for a round to be fired, you must be able to engage the trigger.

Glock builds differently. And it’s their internal features and lack of external safety that either draws people to their weapons or makes them choose to go another route. If you’re comfortable without external safety, here are a few of the internal safeties you can expect, at least from Glock.

So, you release the trigger. When you do this, the firing pin safety will automatically resume its normal position, preventing the firing pin from engaging the primer.

A drop safety is put in place in case you drop your weapon. Not too long ago, Taurus had an issue with their weapons firing when they were dropped. Luckily they did a recall, and personally, I haven’t heard of any new drop safety issues. However, this is a big concern, and even if the issue did get fixed, it’s scared many people away.

We all know accidents happen. If you accidentally drop your weapon, you don’t want it firing a round when you didn’t pull the trigger. That’s how you accidentally get someone killed and end up in jail.

Glock series has a drop safety. Yes, I know we said that there’s a trigger safety, which prevents a round from going off when the pistol is dropped. Even still, there’s another drop safety in place.

The drop safety deals with the trigger bar rather than the trigger safety and resides on the safety ramp inside the trigger’s housing.

The trigger bar is responsible for engaging the backside of your firing pin, and it prevents the firing pin from moving forward when you don’t want it to.

When you pull your trigger to the rear, the trigger bar should move down the ramp it rests on. When this happens, it releases the firing pin. After you’ve fired the round, the trigger bar will move back to its normal resting position and re-engage the firing pin. Basically, when you release the trigger, everything goes back to normal, and all the safeties go back to keeping your weapon from firing accidentally.

There are, of course, extra safeties you can put in place, such as trigger and cable locks. These are good options for storage, not so good for carriers. 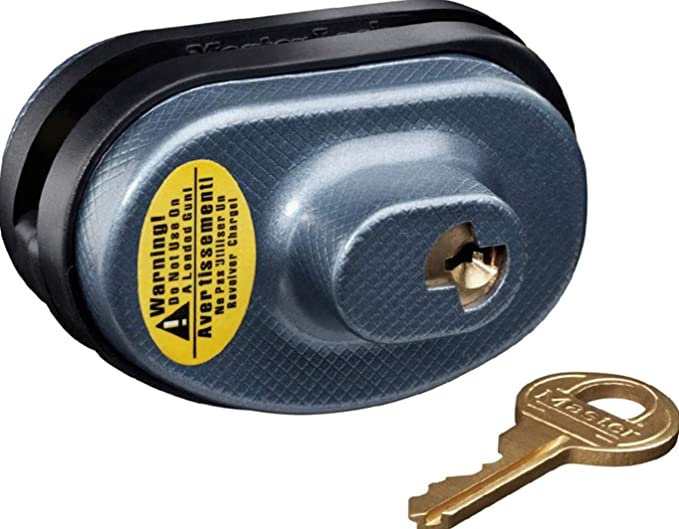 Trigger locks are pretty basic. They prevent the trigger from being reached. This is great if you have little ones or store the pistol in a place that could expose the trigger to being accidentally pulled.

Cable locks are another safety device you can place on your pistol when storing it. The cable is intended to go through the pistol’s ejection port and magazine well. This prevents the weapon from being able to fire. It also prevents a magazine from being inserted.

Everything Needed to Build a Custom Pistol