So I was thinking over the years about all the things I’ve learned related to firearms and shooting. And looking back, some of the most important things I was taught were initially—when I was hardly good at holding a gun, let alone shooting one. While I’ve been shooting most of my life, in some form—recreationally and professionally—I’ve come to learn that there are some fatal mistakes I made in the beginning, and a lot of new shooters make those same mistakes I did. The one I want to talk about today is the fatal limp wrist. 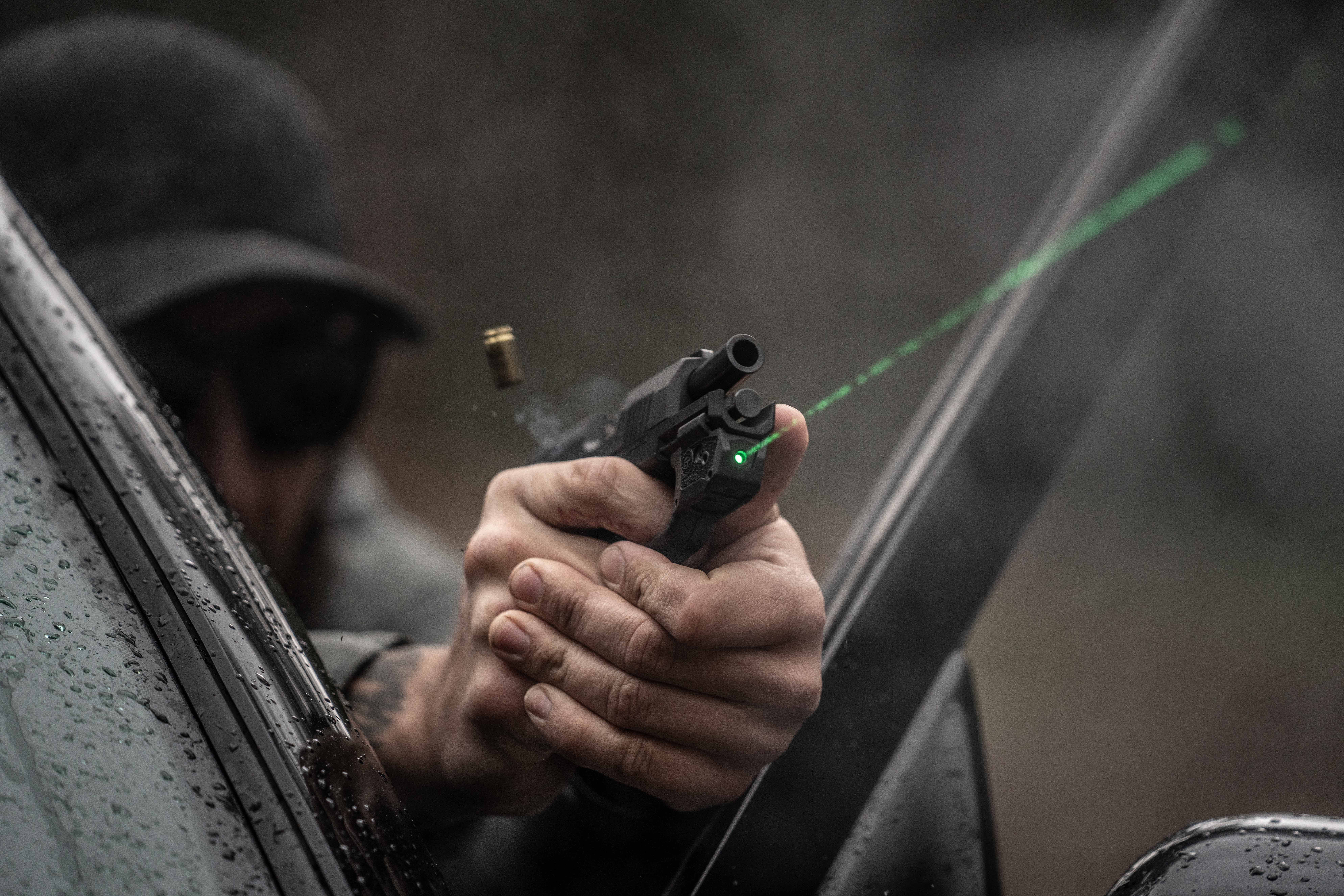 I remember when I was younger, I went out shooting with my dad. And every time I pulled the trigger, nothing. I would tap the magazine, rack the slide back, try pulling the trigger again (tap, rack, and pull), changed out the magazine. Everything I knew to do, and still, there was no bullet leaving the chamber.

My dad watches my confusion, sees me doing my immediate and remedial actions. Finally, I go to my dad and say, I don’t know what’s wrong. Why isn’t my gun working? He then takes a moment to teach me about “limp wristing.”

And I call it the fatal limp wrist for a reason. It can literally prevent your round from feeding. If this happens and you’re in a life or death situation, well, you’re likely the one not surviving. Limp wristing can lead to fatal results because your gun won’t work when you need it. And it’s most likely your fault it happened.

Before I cover how a limp wrist affects your shot’s outcome, we first need to understand recoil. It’s a thing that happens with your semi-automatic pistol. Recoil, caused by the cyclic pressure needed to extract an old casing and replace it with a new round, can affect your shot placement. If you don’t have a proper grip and stance, that recoil doesn’t result in a full cycling motion. Meaning, a new round won’t feed into the chamber, or you’ll end up with something called a stovepipe—more on that soon.

To continue my “before we get too far into this article,” I want to cover a couple of key terms as well. Stoppage and malfunction. They are different and often misused. I’m going over it here because I will use both terms throughout.

Easy answer, it’s your fault the weapon isn’t performing as you need it to. It is a user error that causes the firearm not to fire or something you’ve failed to do, such as not keeping your weapon clean or properly lubricated.

Easy answer, it’s your weapon’s fault; it isn’t performing as you need it to. Something mechanically is wrong with your firearm, and you probably need to fix a component.

What is Limp Wrist

Now onto the fun stuff. I think of limp wrist as the pistol version of not having proper tension in your arm when you shoot a rifle. You know those videos online where someone shoots a rifle, and the recoil is so much it kicks back, and they (and the rifle) goes flying back? Well, if you don’t have the proper tension in your wrist, something similar will happen when you pull the trigger on your pistol. The only real difference is the size and power of the weapons.

Results of a Limp Wrist

Two things typically happen due to having a limp wrist—besides missing the target, in the case that your round does fire—and that is having a stovepipe or failure to feed. Both of these are detrimental during a firefight because both results in no round going off when the trigger is pulled. And that means you’re probably getting shot before you have a chance to fix your mistake—hence the title, “The FATAL Limp Wrist.” 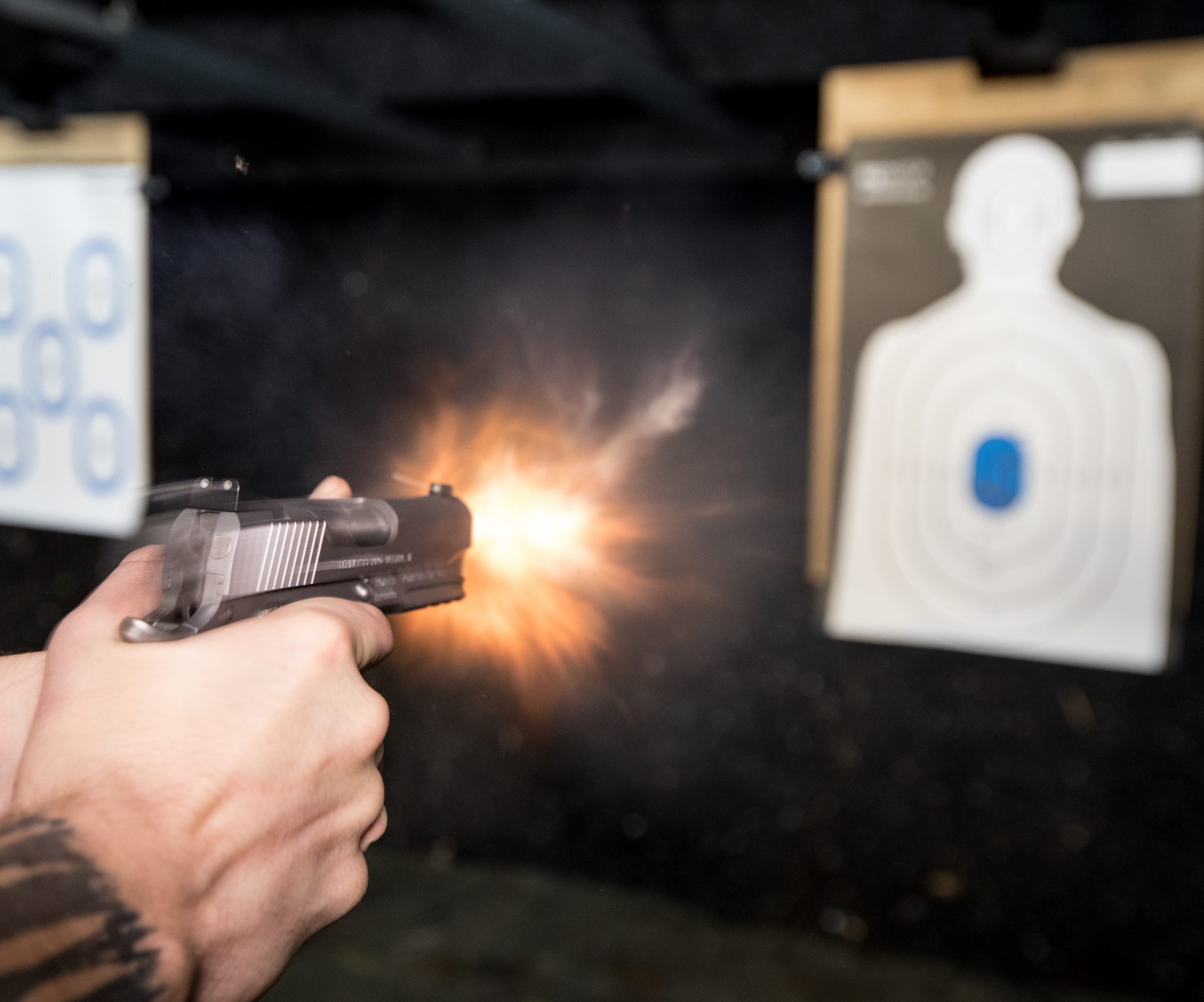 A stovepipe is when the weapon attempts to feed a round without ejecting the old casing. When this happens, the casing will end up sticking out of the ejection port, in which case the bolt never closes, a new round doesn’t get fed completely into the champer, and the primer is never struck, resulting in a click and no bang.

Failure to feed simply means a round is not fed into the chamber. Therefore nothing happens when you pull the trigger. Again, a click and no bang.

How to Prevent a Limp Wrist

There are a couple of things you can do to fix a limp wrist. Having a proper grip and a good stance can help put your wrists in the proper configuration and prevent unnecessary stoppages (refer to key terms above).

Contrary to how it might sound, the grip is not just how tightly you’re holding the grip of your pistol. Yes, you must have a firm grip (not too firm), but you also need to have the proper grip placement.

Grip placement can help ensure your wrists have a sturdiness to them and are prepared for the recoil.

The stance is important when it comes to a limp wrist because it helps absorb the recoil. With the correct stance, you can help the pistol do more of a back and then forward recoil rather than an up and down movement. Basically, you see less muzzle rise. Combining this with a good grip will help prevent stoppages.

Are there Weapons Prone to Failure to Feed

Not all weapons are created equal, but you already knew that. 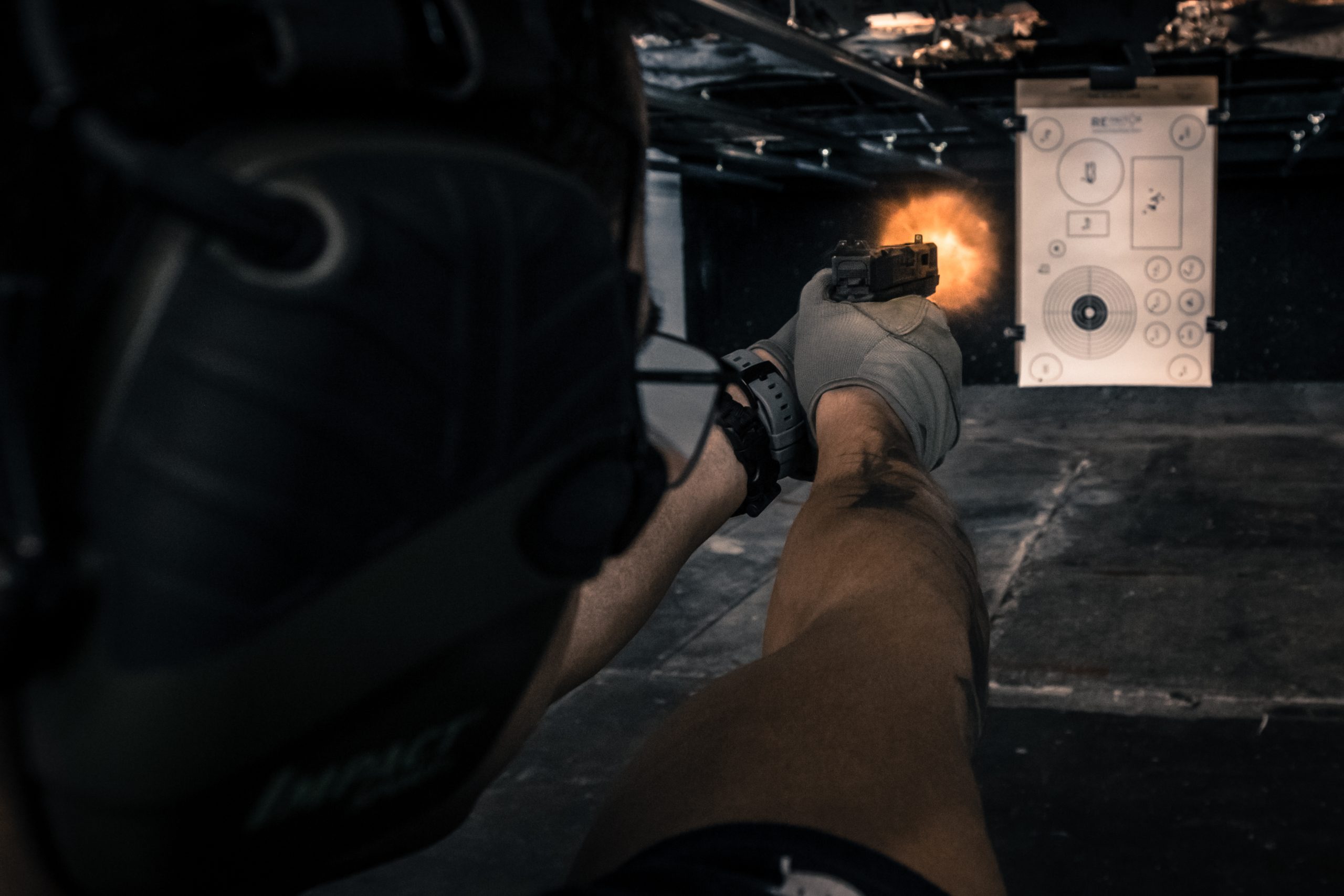 One of the common occurrences with failure to feed is based on quality. For instance, the heavier the frame of your weapon, the less likely you’ll run across a failure to feed issue. Whereas, when you’re shooting a less powerful round and your pistol frame is lighter, you’re more likely to have a failure to feed due to “limp wristing.”  So, we ask, is it the gun’s fault?

Is it the Gun’s Fault?

The answer—for most of you, no. However, your gun can increase or decrease the chances of your limp wrist, causing such adverse results. Meaning, you might have a limp wrist, but if your pistol frame is heavy enough, there’s a chance it could compensate for your poor grip. Or, if you have a lighter pistol frame, it won’t be able to compensate for that limp wrist you’re trying to shoot with. And you’ll end up like younger me shooting (more like trying to shoot) with my dad.

So, before you go blaming your gun, make sure you’re doing everything right. “Limp wristing” is pretty common for new shooters. But once you get the basics down, grip, stance, etc., if you’re still having issues, you might want to consider going to a gunsmith. Maybe you’re dealing with a malfunction rather than a stoppage.

Basically, don’t assume it’s the gun’s fault until you’ve ruled your own actions out first; that’s the more likely issue.

Some folks out there might have medical conditions that prevent them from getting the ideal grip or holding their wrists properly. For example, if you have arthritis, you might fall into this group. In such cases, one way you can compensate is by purchasing a heavier-framed pistol to absorb more recoil and prevent some of those stoppages.

Is it the Ammo’s Fault

Quality ammo also matters, especially if you’re relying on it to protect you and your family. If you’re shooting a lighter framed 9mm, you probably want a better round. 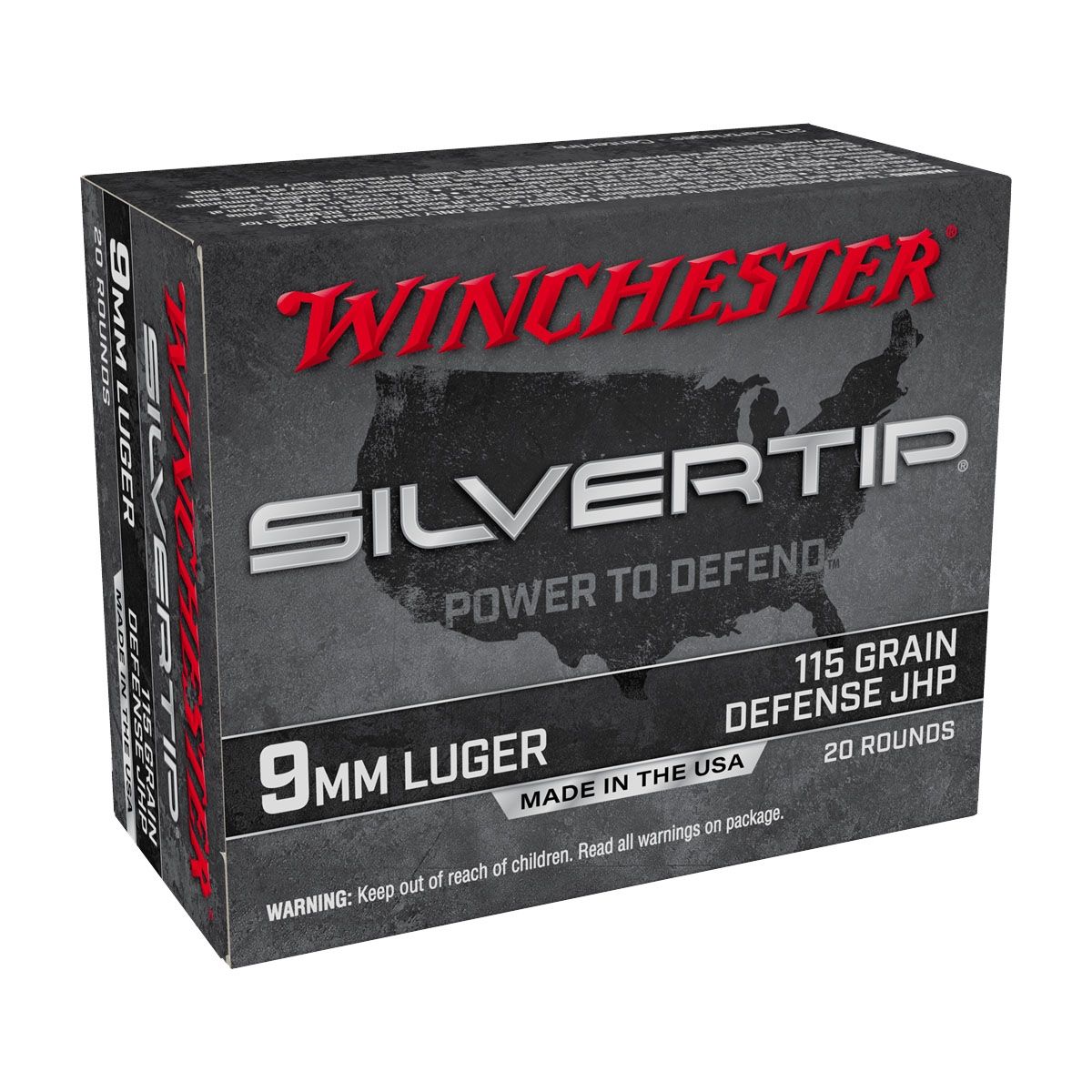 If you’re shooting a smaller caliber, 9mm, for instance, you’re probably going to want a heavier gun to compensate.

So, what have we learned here today? 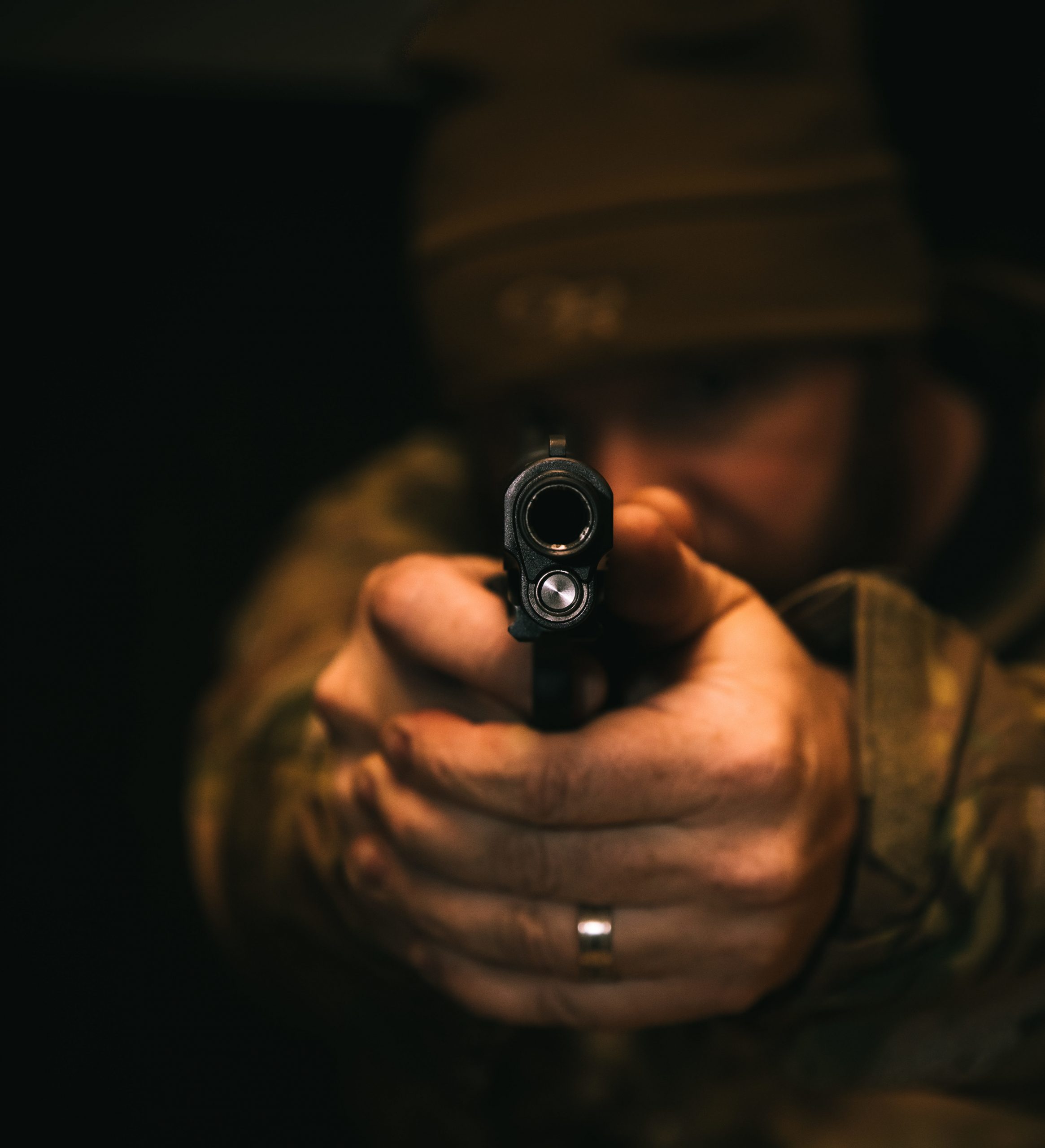 Did we miss anything? Do you have further recommendations or advice? Please, comment below. We love hearing from our readers!

Use This Drill to Get Better at Shooting