“The Corps applauds the time and efforts of those Marines who volunteered.  As we continue to move forward, we remain steadfast in our commitment to ensure that the men and women who earn the title ‘Marine’ will be ready, and will provide America with an elite crisis-response force that is ready to fight and win.”

A Female has made it through Army Special Forces Selection

The three female Marines were the first to graduate the USMC School of Infantry and are part of the USMC’s push to fully integrate females into all combat fields. 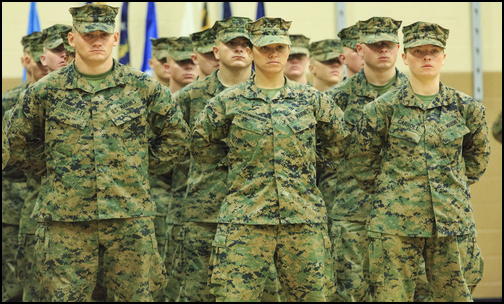 While it is unclear with President Trump will continue the push for women in Special Operations and Combat positions, the military is still moving forward with full integration.  Arguments continue to run for and against a fully integrated force.

Do you think females should be fully integrated into all fields of the military?